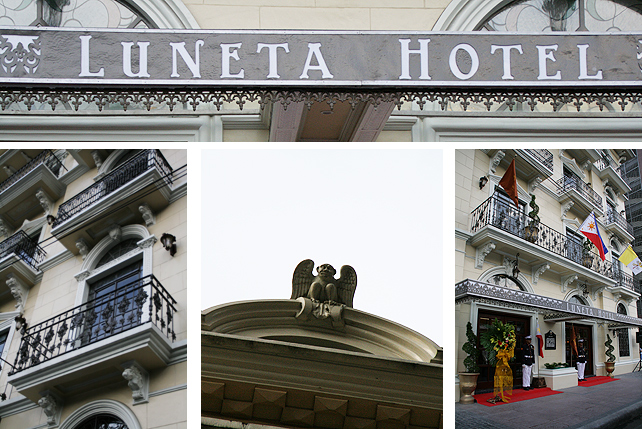 PHOTOS: A Preview of the Newly Restored Luneta Hotel

An intimate look at the recently restored Luneta Hotel 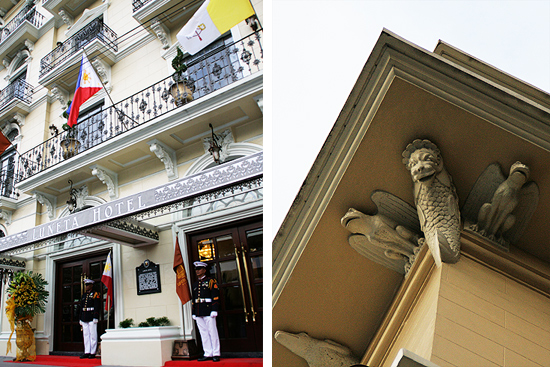 (SPOT.ph) It survived a war, but it couldn't survive neglect. The Luneta Hotel stood its ground during the bombing of Manila by the Japanese but in 1987, the doors to the majestic hotel closed and it began to suffer a slow decay. Someone probably knows the exact story behind its decline, but, to avoid venturing into the realm of speculation, the easy-to-digest summary is that it fell into the hands of a handful of people who failed to appreciate its worth.

The once proud structure became an abandoned warehouse of sorts, where high school or college students would sneak in to ghost hunt or, because it seems cool at that age, smoke pot. The French windows were broken and soot robbed the façade of its charm, which according to history books, used to glisten gold when the sun hit it at a certain angle.

There was very real danger that the entire structure would be torn down, largely because the previous owners refused to cooperate with the National Historic Commission’s (NHC) efforts to preserve the building, and when the property was finally up for public bidding, members of the Heritage Conservation Society expressed their fear that the hotel would fall into the wrong hands. In 2007, the metro was abuzz with rumors of a demolition, but Alfredo Lim (the mayor of Manila at the time) assured the public that the status of Luneta Hotel as a Historical Landmark would be respected.

If it’s human neglect that caused its fall, then surely, it would take human regard to bring back its charm. In 2008, the NHC began work on the hotel, and on Manila Day 2014 in June, its doors will officially open once again.

Here's a quick preview and 10 interesting facts about the restoration of the Luneta Hotel.

The original structure was designed by Salvador Farre, but the restoration benefits from a female perspective. Engineer Girlie Señeres was at the helm of the project, overseeing the three-year construction that began with completely remodeling the hotel's interior. We're using the word "remodel" lightly, as the hotel had to be completely rebuilt inside. 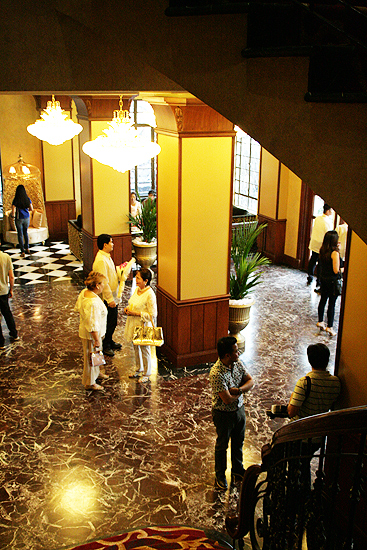 The new lobby of Luneta Hotel

The central pillar that held the building together has been removed. While the lobby may seem less majestic without it, Engineer Señeres guarantees that the current structure of the building is without a doubt a hundred times more sound. 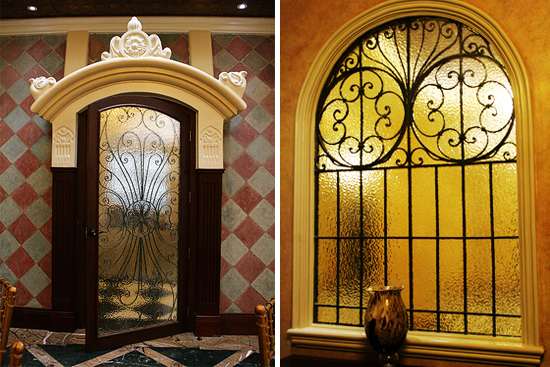 The interior is new, encased in the old shell of Luneta Hotel. And within the new interior, old details like the doorframes and wrought iron windows from the old structure has been retained. On the sixth floor, the once open air rooftop is now covered by a concrete canopy-but the old walls remain. Curiously, the interaction between the preserved pieces and the renovations is seamless.

In the age of towering skyscrapers, the Luneta Hotel feels very petite. The third, fourth, and fifth floors have nine rooms each. The ground floor, the second floor, and the sixth floor hold the function rooms.

In contrast with the ornate details of the building, the rooms have a more sophisticated minimalist approach. The bed is surrounded by tastefully chosen key pieces-nothing that tries too hard to be extravagant or luxurious. A night in Luneta Hotel will cost you somewhere between $170 to $200. 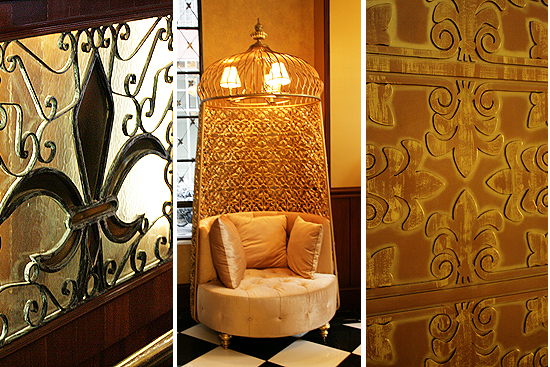 Ornate details in each corner

According to General Manager Dr. Grace Francisco-Torres, the modest number of rooms will permit them to personalize each room and the plan is to name them after dignitaries who have stayed in the hotel in the past. We asked if they would name certain rooms after actors whose films were shot in the hotel, but Dr. Torres said they would have to stick with dignitaries. (That means no Chuck Norris room. What a shame!)

Much of the furnishings are new but there are certain elements that have history, for example, the handrails are from San Bartoleme Church in Malabon and are about 400 years old. The various artworks that line the halls are also from artists hailing from Malabon City, care of Dr. Torres’ personal collection.

We know you're wondering and the answer is yes, the building has ghost stories. According to Engineer Señeres, a couple of restless spirits were spotted during the construction (in one of the corners of the sixth floor in particular) and she's quite relieved that the building has been blessed. 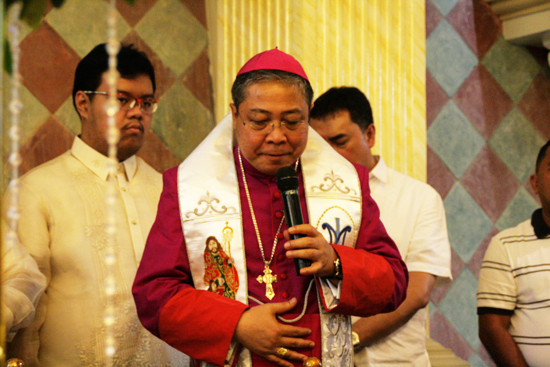 Apostolic Nuncio to Haiti Archbishop Bernardito Auza and other members of the church are among the hotel's first guests. 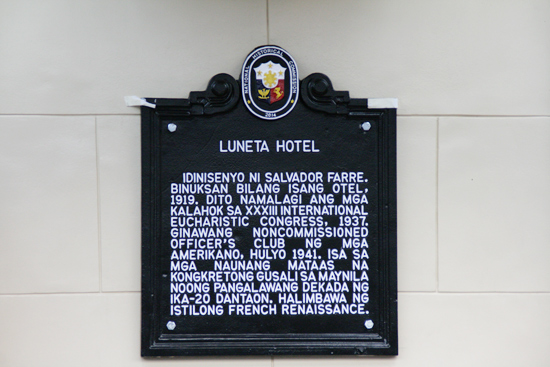 The Luneta Hotel is protected by Presidential Decree 1505 of 1978, which means that its maintenance is mandated by law. While that brings relief, not everything about the hotel can be restored. It stands in such a prime location, offering a view of the park, the bay, and the sunset...but a few meters away from it, you can already catch a whiff of something foul. Other beautiful structures around it face abandonement and demolition. Even the skyline behind the Rizal monument might soon be a thing of the past.

Curating aesthetics and preserving heritage sites may seem like a trivial pursuit, but as Carlos Celdran puts it, nobody wants to visit a boring city. The Luneta Hotel and similar structures adds character to Manila. It is not merely for the benefit of the tourists. It bridges gaps in our nation's history and connects us to the past.

Luneta Hotel Manila Buildings Architecture
Your Guide to Thriving in This Strange New World
Staying
In? What to watch, what to eat, and where to shop from home
OR
Heading
Out? What you need to know to stay safe when heading out