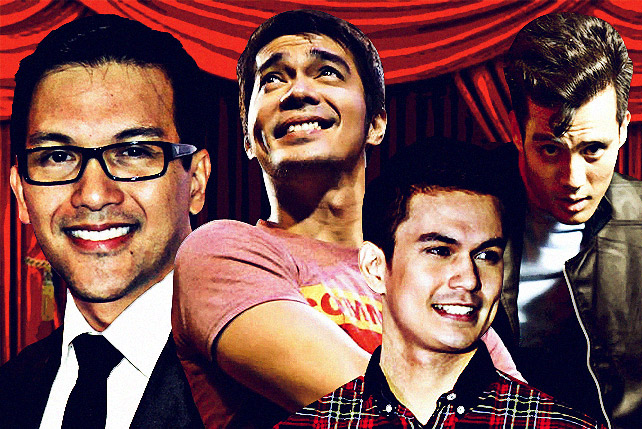 You should be buying theater tickets right about now. 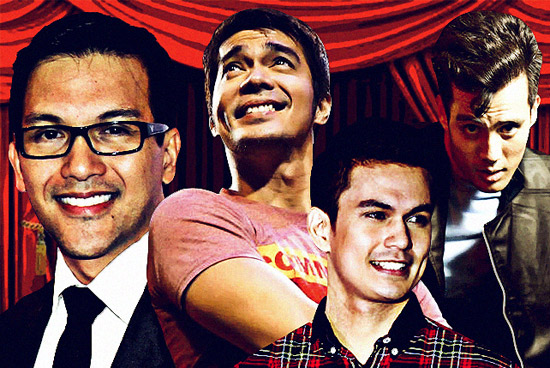 (SPOT.ph) At the risk of getting chased by a stampede of hardcore theater enthusiasts, we're publishing an addendum to 2011's list of Hottest Theater Actors. The first list triggered an onslaught of comments such as "Bakit wala si 'ano' sa listahan?" and "He's a mainstream actor, so he doesn't count!" Our polls nearly exploded with almost 260,000 voters vying to make their stage idol number one.

But here in SPOT.ph, we love a man who can dance, sing, and act without second takes (oh hello, Hugh Jackman)-all of the above. And if he has the looks to go with his talents, he not only gets plus points in our book, but also makes it to our 2014 list. Here are 10 more swoon-worthy stars of the stage. 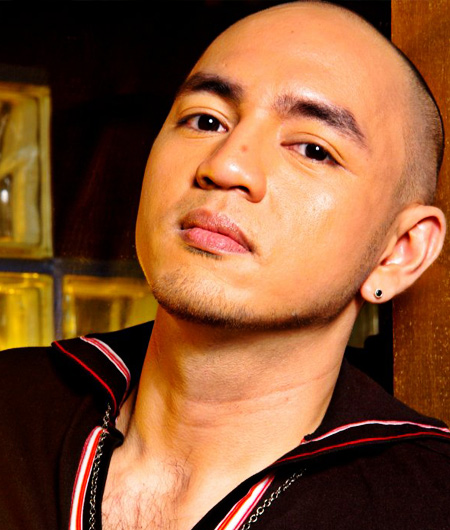 In the recording industry, he is dubbed as "The Soulful Balladeer." After winning second runner-up in ABS-CBN's Star in a Million Season 2, OJ's career went on a steady streak as he released one album after another and even won Best Performance by a New Male Recording Artist at the Awit Awards in 2006. He found his niche in musical theater, where he's landed roles in hit musicals such as Rak of Aegis, Rent, and The Full Monty. You can also spot him as one of the regular singers of ABS-CBN's game show, The Singing Bee. He's definitely on our list of hotties who can pull off the bald pate. 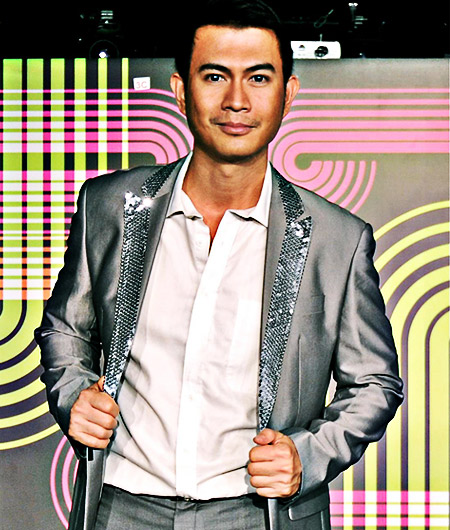 Stage creds: Grease, In the Heights, Man of La Mancha, The Sound of Music, Gay Birds, The Emperor's New Clothes, Aladdin Jr., Cinderella, Once On This Island, Magsimula Ka! AIDA, The Little Mermaid, N.O.A.H., and The Bluebird of Happiness

Theater runs through this multi-talented actor's veins. When he's not busy rehearsing for a musical, Carlos is working behind the scenes promoting or helping produce a stage show. His talent for acting, singing, and dancing has helped him land print ads, TV commercials, indie films, and roles in international cruise productions. He also works as an assistant teacher for theater workshops on the side. Talk about a tight schedule for this theater heartthrob! 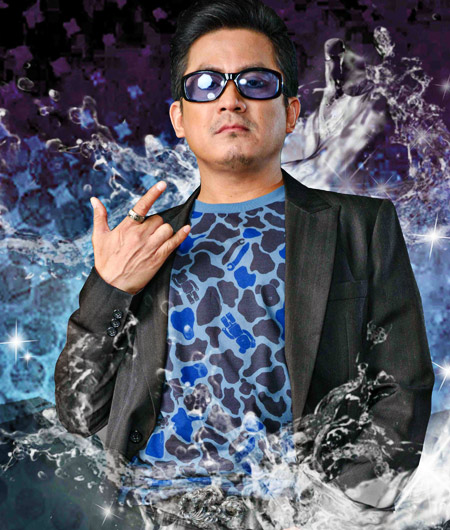 Photos don't do him justice; you'd have to see him onstage or up close to see how Robert Seña has aged gracefully like fine wine. The other half of fellow thespian Isay Alvarez, Robert's "world class tenor" vocals and acting skills will wow you onstage. He started out as a young college band vocalist before becoming a movie and TV actor. If his numerous musical theater awards and nominations are any indication, he belongs onstage. One of his greatest accomplishments is playing Thuy and The Engineer in the original West End and German productions of Miss Saigon in the '80s and early '90s. These days, he's busy appearing in local productions such as PETA's Rak of Aegis. 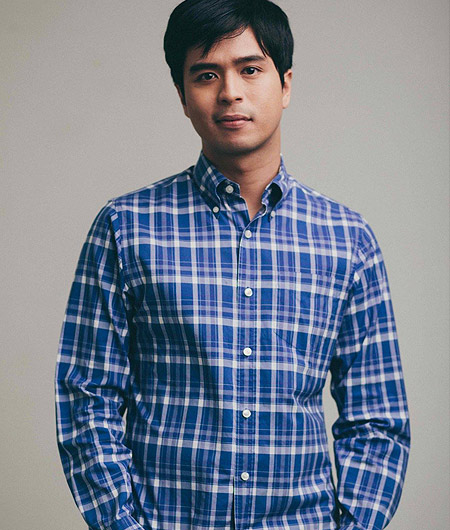 Stage creds: Cock, The Producers, The Maids, BOEING-BOEING, Leading Ladies, Sweet Charity, Jekyll and Hyde, Shakespeare in Hollywood, The Secret Garden, The Sound of Music, The Taming of the Shrew, Much Ado About Nothing, God's Favorite, Fame, A Christmas Carol, Cliffhanger, Gay Birds, Castrato, The Lion, The Witch and The Wardrobe, Honk!, Urinetown, Beauty and the Beast, Baby, Aspects of Love, and A Midsummer Night's Dream.

With his boyish charms, Topper has the knack for playing young, naïve, and underdog characters, such as Leo Bloom in Repertory Philippines' The Producers and M in Red Turnip Theater's Cock. These days, when it comes to his love for the stage, he can do it all-act, sing, dance, teach, produce, and direct. Together with his friends and fellow theater legends Ana Abad Santos, Jenny Jamora, Cris Villonco, and Rem Zamora, Topper founded the alternative theater group, Red Turnip Theater, last year. He's making his directorial debut in Red Turnip's Rabbit Hole, coming this August. 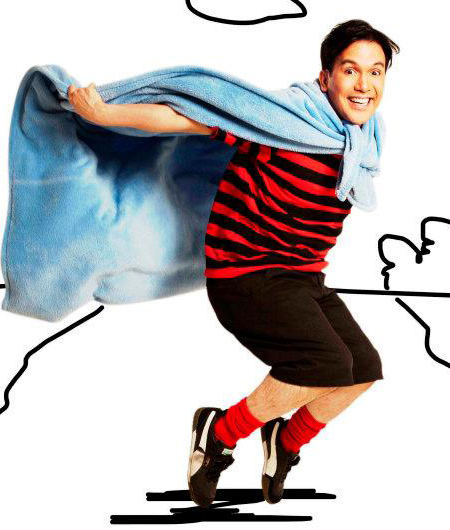 He may be busy raising his family of six, but singer-actor Franco Laurel makes it a point to do theater productions regularly. He did a cameo as Teen Angel in last year's Grease and produces musical shows and concerts regularly. He also keeps a blog called, The Happy Man, where he talks about his passion for performance arts, fatherhood, food, and other matters in life that keep him, well, happy! It looks like those endorphins are working because at 41, he could still pass for a guy in his '30s. 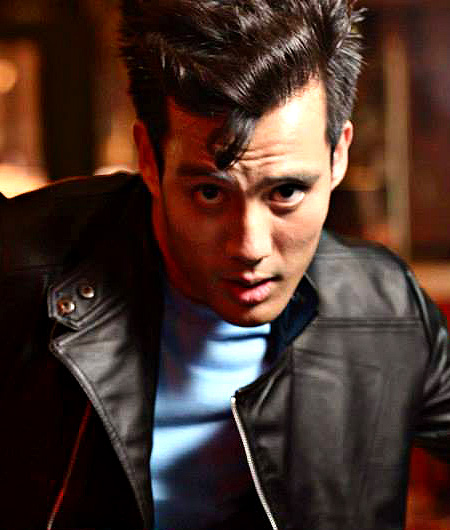 He may come from famous lineage (his parents are Carlitos Siguion-Reyna and Bibeth Orteza, grandmother is Armida Siguion-Reyna, cousin is Cris Villonco, and grandaunt is Irma Potenciano), but Rafa is slowly making a name for himself in both showbiz and the theater scene. A graduate of NYU, Rafa landed the role of Kenickie in last year's staging of Grease, and continues to appear on TV. His home channel, GMA 7, has just launched Rafa as one of their newest teen heartthrobs. 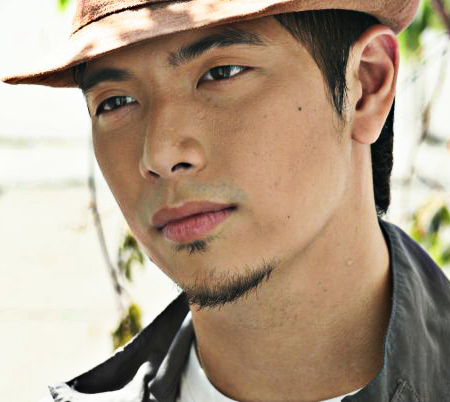 This hunk captured our attention back when he was under the wing of local theater groups such as Dulaang UP and Atlantis Productions. Remember Reuben from Orosman at Zafira and Breakups and Breakdowns? The stage actor is now in Los Angeles pursing his passion for theater with East West Players, an Asian-American organization that produces professional theater shows in the US. He recently performed with fellow Fil-Ams in the LA production of Beijing Spring. 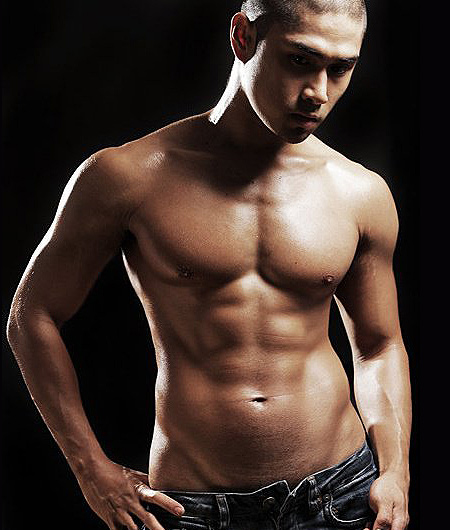 Some of you may remember him as the beatbox king of Tomas Morato, a former member of local singing group, The Akafellas, or one-fourth of the Sabado Boys. This guy can do everything-turn-table, act, sing, dance, beatbox, produce, compose, photography even, but the multi-talented Myke is now focusing on musical theater. Proving that he is indeed the jack-of-all-trades, the former Mossimo bikini model is busy working as the musical director and song arranger of the PETA hit, Rak of Aegis, where he also plays one of the lead characters, Kenny. 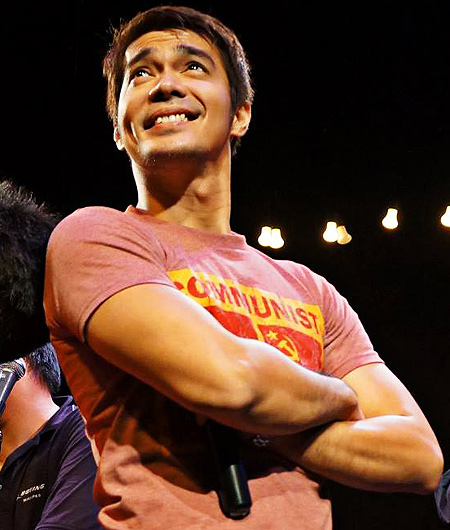 He appealed to fans of all ages and genders in the indie-turned-musical hit, Maxie The Musicale, where Jojo stars as Maxie's pulis crush. Shirtless scenes aside, there's an impeccable sex appeal that Jojo exudes both on- and off-stage, like a young Robin Padilla matinee idol in the making. Before becoming one of the newest heartthrobs of Philippine theater, Jojo tried out modeling, indie-film acting, and other theater productions. You can catch him in the upcoming indie short film, Filipina. 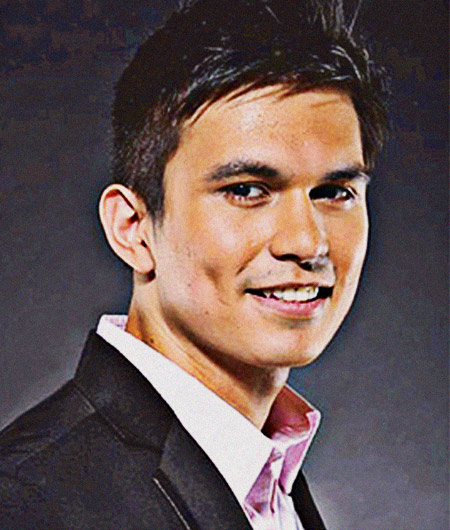 After appearing on Pinoy Big Brother and before starring in the TV sensation, My Husband's Lover, Tom dabbled in theater. Yes, he can sing, and we're not talking about your usual celebrity-who-can-kinda-lip-synch-for-noontime-shows. Those who've seen him in Aladdin opposite theater actress K-La Rivera can attest to how Tom can actually hit the notes and charm the audience with his stage presence. But mainstream TV managed to take him on a magic carpet ride to showbiz, pulling him away from a potentially successful theater career. He returns to the stage whenever he's free, such as his cameo as Teen Angel in 9 Works Theatrical's Grease. He was originally cast to play Lucas Beineke, Wednesday Addams' boyfriend in The Addams Family last year, but he had to back out because of schedule conflicts.

Theater Actors Top10 Hottest Cutest Best
Your Guide to Thriving in This Strange New World
Staying
In? What to watch, what to eat, and where to shop from home
OR
Heading
Out? What you need to know to stay safe when heading out