Catch the MET Open 2014 at the Metropolitan Museum of Manila from September 22 to October 4
Loading
Already a member? Log in
No account yet? Create Account
Spot.ph is your one-stop urban lifestyle guide to the best of Manila.

Now is the perfect time to check out the MET.

by
Sep 20, 2014
Shares
Share Tweet Pin
Share
Pin
Tweet
Viber
Copy Link
Erratum: The Metropolitan Museum of Manila was open to the public on September 21, 2014. The MET Open, however, has a standard viewing fee of P100 from September 22 to October 4. The writer misunderstood the information available and SPOT.ph apologizes for the confusion. We hope to still see you at the MET Open to support the arts.

(SPOT.ph) The Metropolitan Museum of Manila, fondly called MET by patrons, is opening its doors to art enthusiasts on September 21 and to the public from September 22 to October 4. Two hundred artworks will be on offer for collectors to purchase at the MET Open 2014 and proceeds from the sales will benefit the museum’s educational programs. 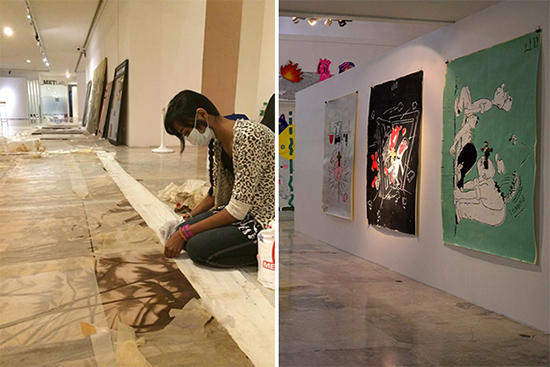 Preparing for the open

The Tall and BSP Galleries will house a mix of modern and contemporary artworks produced by a diverse group of visual artists who answered the MET’s call for entries. The show doubles as a survey of  trends in the local art community and the featured works highlight creative dialogues among established figures in the art scene. Among the exhibitors are Pio Abad, Wawi Navarroza, Bernardo Pacquing, Gary-Ross Pastrana, and Maria Taniguchi from Silverlens Gallery.

A special auction will also be held to complete the "benefit" part of  the exhibition. Museum doors open at 10:30 a.m. and close at 5:30 p.m.

For more information, check out the MET’s official website. The MET is at the Bangko Sentral ng Pilipinas Complex, Roxas Boulevard, Malate, Manila City. Call 708-7828 for other inquiries.