Catch Mexico: Fantastic Identity at the Ayala Museum, until November 9 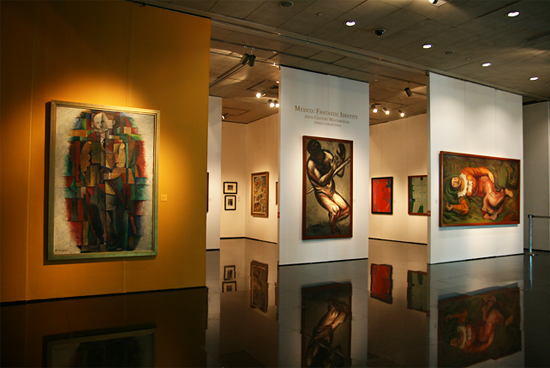 (SPOT.ph) The works of the Tres Grandes beckon visitors to explore Mexico: Fantastic Identity at the Ayala Museum. On the left, "El Grande de España (El ángel azul o El caballero)" by acclaimed muralist Diego Rivera stands at an imposing 6’3" and right next to it, equally grand pieces by José Clemente Orozco and David Alfaro Siqueiros immediately catch the eye. Behind the partitions, FEMSA’s collection reveals the rich cultural history of Mexico through 60 art pieces.

Their names might not be entirely familiar, but the Tres Grandes were key figures in the history of Mexican art. Rivera, Orozco, and Siqueiros were tasked by José Vasconcelos, then Minister of Public Education, to revitalize Mexican identity by literally illustrating the country’s history on the walls of public buildings. These men used art to educate and helped a nation build a sense of self, negating the idea that art exists for its sake alone. 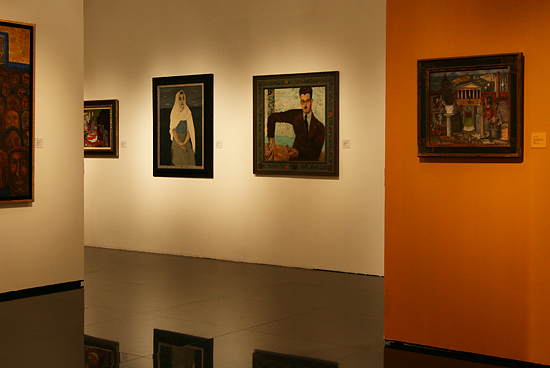 It is a shame that Curator Emma Cecilía Garcia Krinsky’s guided tour is a one-time affair (October 2, 3 p.m.) because the exhibit lends itself all too easily to an interesting lesson in art and heritage. Though the works are intriguing on their own, the lecture is like butter on lobster. It makes it infinitely juicier.

Without the tour, one can still appreciate the bold colors and striking symbolism in works such as "Mujeres" by Cordelia Urueta. A passing glance at Rufino Tamayo’s "Nueva York desde la terraza" is enough for the art savvy to recognize a hint of Picasso and suddenly, one feels the need to learn more about why or how these movements spread throughout the world. You might even find yourself wondering why our very own Carlos "Botong" Francisco was dubbed the Picasso of the Philippines. 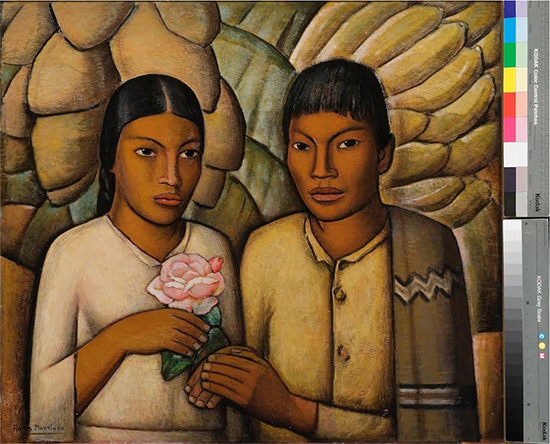 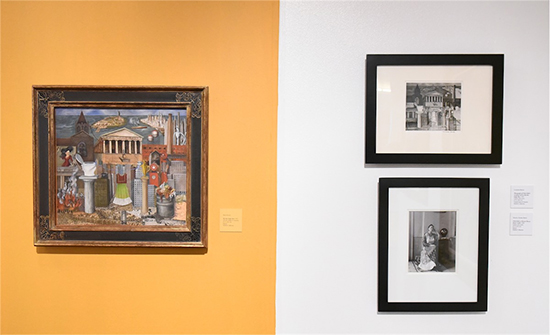 In Mexico: Fantastic Identity, questions are encouraged. Wandering won’t get you lost. The exhibit is exceptionally curated and certain patterns emerge, such as landscapes and portraits, but the rich visuals enjoin you to dig deeper. Why is that man in Remedios Varo’s "Papilla estelar" feeding a caged crescent moon?

The arguable star of the show, Frida Kahlo, bombards you with a horde of elements to decipher with such a modest piece. Instead of a conventional self-portrait that the artist is known for, FEMSA shares the famous "My dress hangs there." Here, Frida paints the traditional Mexican dress she frequently wears against a cold depiction of industrial United States. Dull grey buildings tower over photos of the masses-she wasn’t exactly shy about her socialist beliefs. 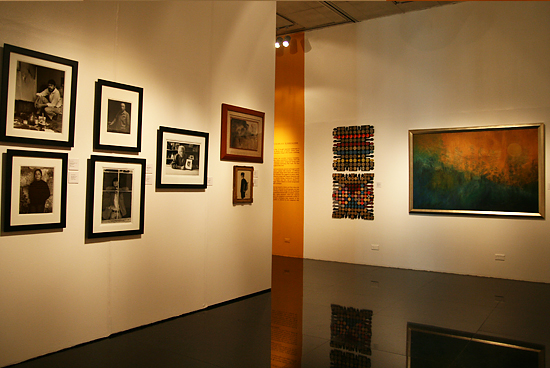 In case it didn’t sink in the first time, there are 60 masterpieces in the exhibit showing the diversity and growth of Mexican art. Viewing the artworks in person is highly recommended.