We take pride in not having sparkly vampires. 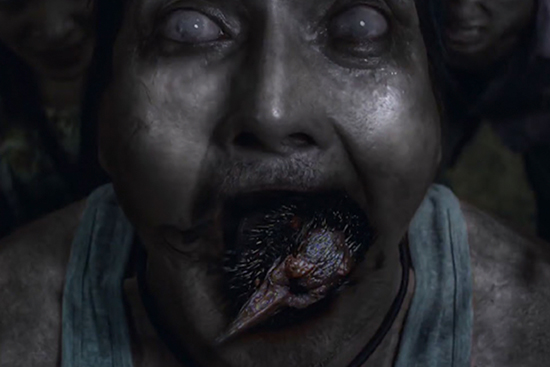 (SPOT.ph) Man changing into a wolf during a full moon? That’s cute. There’s a reason why today’s werewolves are hearthrobs-they’re just not quite as monstrous as, say, a woman leaving half of her body while she goes out to hunt for a pregnant lady to terrorize. What’s more terrifying than a creature who likes picking on pregnant women and eating, essentially, children? The correct answer is: demon babies!

This Halloween, look no further for frights. The scariest creatures are always just right behind you.

Let's be honest, the humble multo (ghost) is our go-to creature when something spooky happens, so it deserves a spot on this list. That gust of wind from out of nowhere? Multo. The flickering light in your room? Multo. That eerie presence when you're all alone at night? Multo. Those things standing behind you right now? Yeah, you get the idea.

The multo represents almost everything supernatural, ranging from the ghosts of our loved ones to poltergeists to extremely malevolent specters out to rip your soul from your body (mostly while you're alone in the dark), so their scariness varies. They’re quite terrifying, which is why saying "may multo diyan" will always give you the creeps.

What's scarier than secondhand smoke and the increased risk of getting cancer? Seeing that smoke come from a kapre. The kapre is often depicted as a large, burly, and hairy creature with glowing red eyes, and it loves lounging on trees and enjoying his fine cigar that never burns out. Its scariness depends on your age as the kapre is often used exclusively to scare kids who enjoy staying out late. Adults need to fear cancer more. Go get that mole checked. 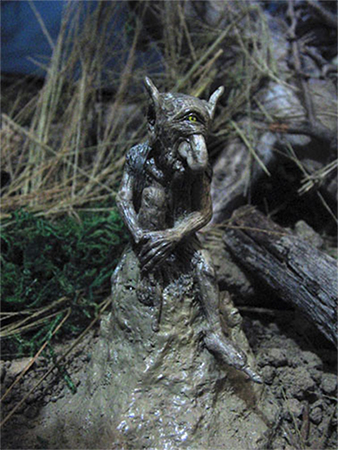 These creatures are so scary they make grown folks say "tabi-tabi po" whenever they feel they're any place that could be nuno territory, like a punso (mound), a forested area, or a particularly mean-looking patch of grass. Who can blame them? Offend these creatures and you're in for a whole lot of trouble. They're particularly fond of inflicting mysterious illnesses-from mild fevers to full-blown even-Gregory-House-can't-diagnose-them diseases-to those who offend them. Sometimes, even death. Well, maybe not death. But we don't want to risk it.

It has the head and limbs of a horse and the body of a man, so it's more accurate to call the tikbalang a 1/3 man, 2/3 horse hybrid instead of the usual half-and-half description.  The tikbalang enjoys getting people lost, giving them hallucinations, and, from time to time, driving them totally insane. If that doesn't scare you, know that in some regions, the tikbalang is said to stomp to death those who anger it. Who knows what's up with them? Maybe they do it for kicks.

If you feel like a tikbalang is preying on you, wear your shirt inside out and you'll be fine. Either it just gets confused easily or it just wants to see how far you're willing to go to get to your appointment on time.

The tiyanak or demon-babies-from-hell are creatures that use the cuteness of normal human babies to lure people so it can then reveal its true demon baby form before devouring  those unfortunate enough to fall for its trick. What a bunch of sneaky bastards.

To protect yourself from the tiyanak, simply avoid cute babies lying in places you don't expect to find babies in, like forested areas or dark, open fields.

They can't split their body in two unlike the infamous mananggal, but they have the same dietary preferences, so call them manananggal-lite. The tiktik, wakwak, and ekek are bird-like creatures of death that prowl the night in search for food. Their diet consists mainly of fetuses because that's probably the human equivalent of veal or something, and they're really finicky eaters. But some say they prey on full-grown human beings, which they scoop up with their powerful legs.

To tell them apart, remember that the tiktik and wakwak got their names from the sounds they make while they approach their victims. The ekek has a beak rather than a mouth. It's a good thing it doesn't make "ek ek ek" sounds as it approaches. We doubt anybody would be able to take the ekek seriously that way.

The manananggal is the most famous variation of the aswang that the term can almost be used interchangeably. Half pair of normal lady legs and half winged-flying-nightmare-fodder, the manananggal is possibly one of the scariest monsters in our culture as it actively hunts for food and looks fearsome! It has a taste for the hearts of the unborn, but it has been portrayed (especially in movies) to hunt and feed on adults.

To defeat the manananggal, you have to find its legs and then sprinkle salt and/or crushed garlic on the open wound so it can't combine with it anymore. We assume the grief it will suffer from losing what it considers its best feature would kill the creature.

The sigbin could be our version of the chupacabra, only weirder and without the taste for goats' blood. It is often described as a stinky, animal-like creature (its size ranges from goat-like to as big as a bear) that walks backwards with its head lowered between its hind legs. Its special skills: It can suck your blood through your shadow and make itself invisible. 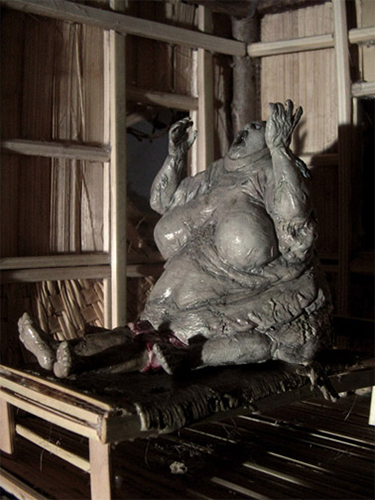 Folks used to blame the batibat for the sudden unexpected nocturnal death syndrome (aka bangungot). The batibat usually attacks people who sleep near the post of the house made from the tree that used to be her home (you could say she has a hard time letting go of things). She is often depicted as a fat, old hag and her preferred way of dispatching her victims is by sitting on their chest while they sleep.

The scary thing about the batibat is that it attacks without warning. Sleep somewhere near her perceived territory and you're probably never going to see the light of day.

The mangkukulam is often depicted as a being that uses and abuses his or her power to advance his or her evil intentions. They may not have fangs nor claws but they are more than capable of doing harm. Just goes to show that while ghosts, ghouls, and monsters are scary, people with power are even scarier.