It's Dante Alighieri's 750th birthday, and you could win a trip to Italy
Loading
Already a member? Log in
No account yet? Create Account
Spot.ph is your one-stop urban lifestyle guide to the best of Manila. 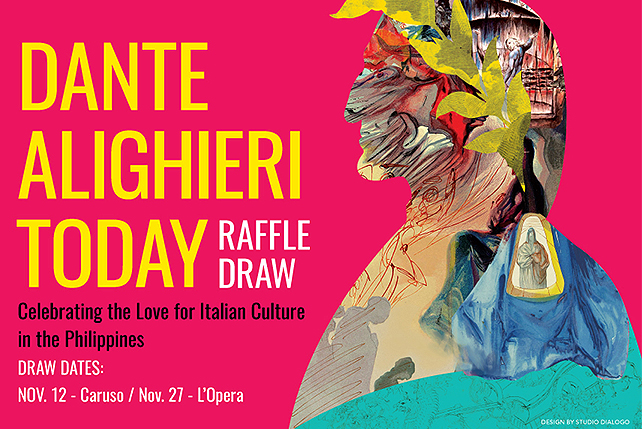 It's Dante Alighieri's 750th birthday, and you could win a trip to Italy 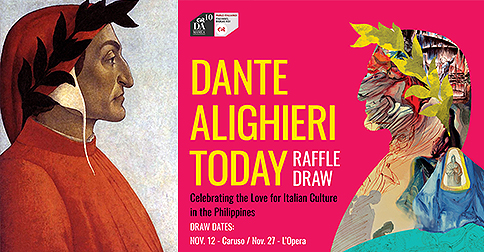 (SPOT.ph) If Dante Alighieri had the Elixir of Life, he would be 750 years old now. But he didn’t even need that because he made such an impact in his lifetime that he is still very much alive in the hearts of Italians, and the whole world today. To celebrate, the Società Dante Alighieri Comito Di Manila and the Embassy of Italy in Manila, in partnership with the Italian Chamber of Commerce, and the Philippine Italian Association, lined up a month-long festival to encourage Filipinos to get to know Dante Alighieri a bit more. The organizations believe that culture bridges the friendship of countries, and understanding Dante is like understanding Italy.

Just a little background check for the few who didn't pay attention in Literature class: Dante’s gift to literature, The Divine Comedy, made him the “Father of Italian Language.” While other poets used Latin in writing, Dante was the first major poet to use vulgaris (layman’s language during his time) or the Italian language as we know it today. His work's influence has become "borderless or beyond any country" and "has no age," as SDA Chair Alessandro Iellamo described it. You don’t even realize that your idea of heaven, hell, and purgatory is widely influenced by the picture in Dante’s imagination, translated in his work. A lot of books (like Inferno, which placed the Philippines as the gateway to hell), movies, comics, and artworks reference The Divine Comedy in one way or another.

So back to the festival—how can you celebrate Dante Alighieri’s 750th birthday? Let us count the ways. 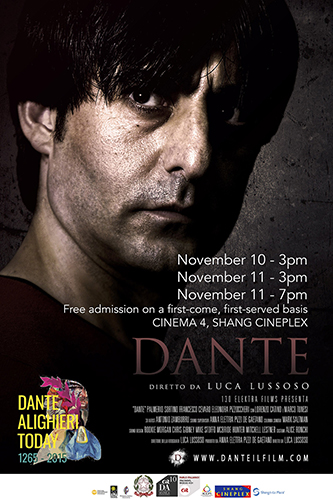 Catch the special film screening of Dante at Shang Cineplex, Shangri-La Plaza, Mandaluyong City on November 10, 3 p.m., and November 11 at 3 p.m. and 7 p.m. Admission is free and open for all.

Do you love poetry? Release your inner Dante and join the spoken word poetry contest about heaven, hell, and purgatory at Fully Booked Bonifacio High Street on November 14, 9:30 a.m.

If you want to know more about Dante, go to Fully Booked Bonifacio High Street on November 14, 2 p.m. to listen to Professor Dumol, a Dante Alighieri expert. He will explain different passages from The Divine Comedy and its meaning in the Philippines and for the Philippines. 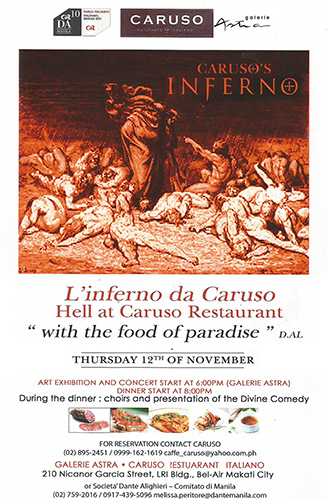 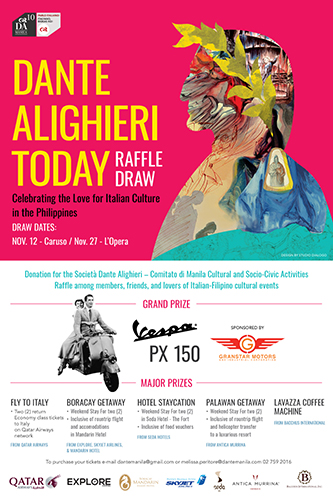 Join the raffle, which will be drawn during the themed dinners, and you might be the lucky winner of a brand new Vespa—or better: a trip to Italy for two!

Students, Dante Alighieri is coming to your universities with awesome activities like conferences, art exhibits, cosplay, a digital animation contest, and more!

750 Dante Alighieri Dante Alighieri Today Italian Literature Italy Manila
Your Guide to Thriving in This Strange New World
Staying
In? What to watch, what to eat, and where to shop from home
OR
Heading
Out? What you need to know to stay safe when heading out