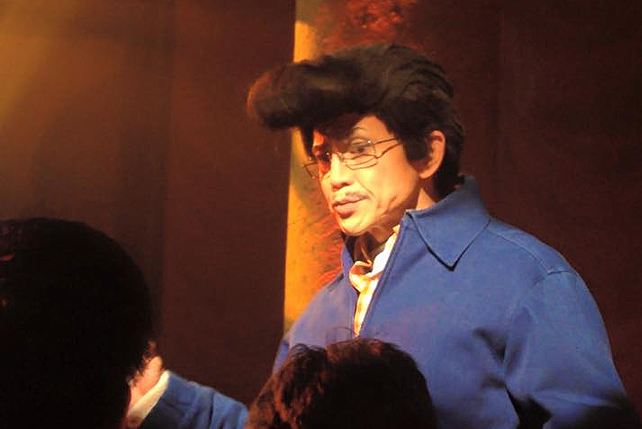 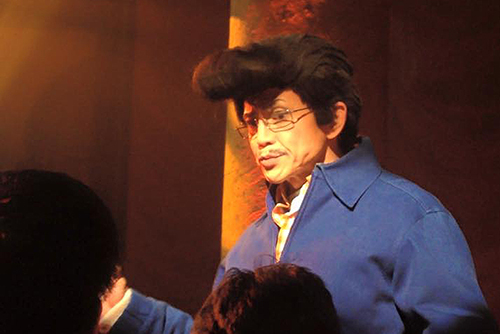 (SPOT.ph) Jon Santos doesn’t fail to make the audience howl with laughter with his wit, humor, and masterful impersonation. In his extended comedy WTF: Wala Talagang Forever (sa Malacañang), Jon becomes many different political personalities—that we actually like. It’s amazing how he easily transitions from Grace Poe to Erap to Nanay Dionisia, complete with the white polo, garbled diction, and...dance instructors. The show was held on December 4 and 5 at Teatrino, Greenhills and was presented by Music Museum Group Incorporated, under the direction of Jenny Jamora.

We wouldn’t want to spill too much as Jon announced that WTF is extended—again. There will be shows in January and February 2016 (it’s that good!). It's also a timely and strategic eye-opener for the electorate using humor. Most of the time, all we really need is a good laugh—or as Jon put it, LBM: laughter, the best medicine. Trust us, every minute of the two-hour show will have you slapping your seatmate while cackling.

Here are four of our favorite impersonations:


Erap: "I was ex-mayor, I was an ex-senator, ex-vice president, even an ex-convict."

Jon (as himself) brilliantly ends the show with PECPEC (Philippine Encyclopedia of Current Personalities and Events of the Country), his rundown of the events we should all look back on in 2015, from A to Z.