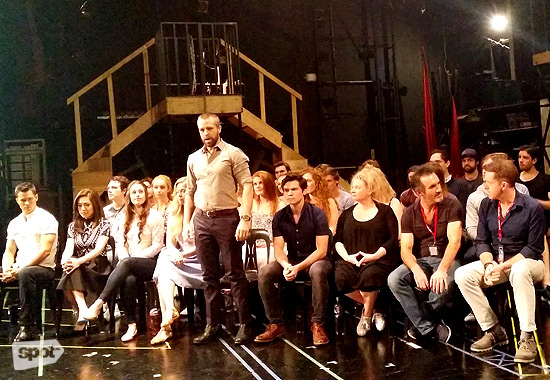 CHECK IT OUT: Les Miserables rehearsals in Manila

We watched a Les Miz rehearsal and we cannot wait to see the show!

(SPOT.ph) You may have been lucky enough to have already watched Les Misérables at the West End in London, but for those who have only seen the Hugh Jackman-Russell Crowe starrer, it’s going to be quite an experience. It's also pretty cool that Rachelle Ann Go is part of the cast. And guess what? She’s not the only Pinay there—Little Cosette will be played by Chloe De Los Santos, who is part-Filipino, part-Australian. 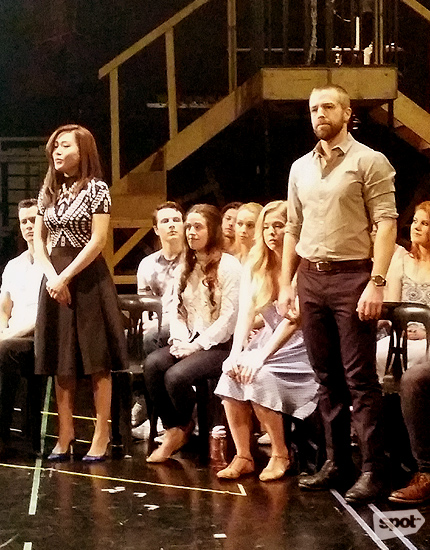 We were excited to watch the rehearsal on Saturday, February 20. We listened in awe as the cast walked around the stage, exercising their voices with lilting “Mi-Me-Ma-Mo-Mus.” When they were finally asked to take their seats, we were treated to a short preview of what will happen in the musical.

Simon Gleeson belts out his part in “One Day More.”

Simon Gleeson was the first one to rise to his feet as Jean Valjean. Intense and powerful, he sang with a gritty voice, his gruff presence a perfect contrast to Paul Wilkins’ starry-eyed Marius. When it was her turn, Rachel Ann Go gave a goose-bump-inducing performance as she released sweet notes that only hinted at her powerful range. It would be interesting to see how she would give a unique slant to her character, Fantine, who has been played by Lea Salonga on Broadway.

Les Miserables Les Miserables Manila Theater At Solaire
Your Guide to Thriving in This Strange New World
Staying
In? What to watch, what to eat, and where to shop from home
OR
Heading
Out? What you need to know to stay safe when heading out