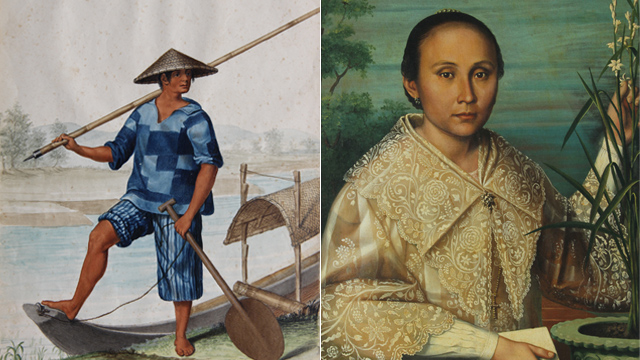 Art and Family: The Asuncion Legacy runs until January 2018. 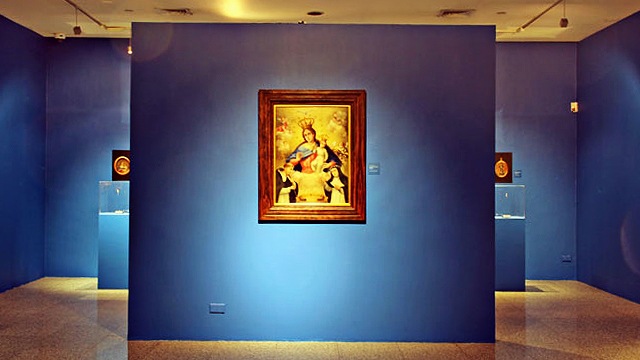 (SPOT.ph) 19th Century Philippines is a period in our history which we can now only read about in books or hear about from our grandparents. It's so far off from present day: no traffic and definitely no Uber-Grab issues, no Internet, no colonialism (though debatable), and so on. But it can't be denied that this was a period in which Philippine art flourished, giving birth to like Juan Luna, Felix Resurreccion Hidalgo, and Rafael Enriquez. This month, another Filipino artist by the name of Justiniano “Kapitan Ting” Asuncion is reintroduced to art enthusiasts through an ongoing exhibit at the Ayala Museum—Art and Family: The Asuncion Legacy. It showcases works by the former  de barangay of Sta. Cruz, Manila, as well as his two other siblings, Mariano and Leoncio.

Featuring illustrations, medallions, paintings, and sculptures by the three celebrated artists, it started out as a planned retrospective to commemorate Kapitan Ting on his bicentennial birthday. Now, it is a personal celebration for the family. “Art” in Art and Family are choice pieces that have lasted centuries and endured floods, fires, and earthquakes. The “family” is depicted through a large mural of the Asuncion family tree, traced back to Mariano, Leoncio, and Justiniano’s parents, Mariano Asuncion and Maria Paz Molo de San Agustin. 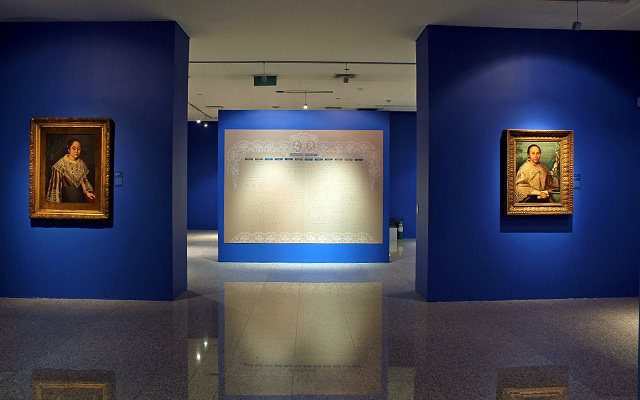 The entire concept was developed by one of Justiniano’s heirs, Ma-an Asuncion Dagñalan, with managing curator, Kenneth Esguerra. “I felt I had the responsibility to reintroduce [Justiniano Asuncion] to the Philippine art scene,” says Asuncion-Dagñalan about the intent behind the initially planned exhibit. The opening came a year after the original 2016 and is now a showcase of contributions of the three Asuncion brothers to Philippine art history.

Mariano, Leoncio, and Justiniano were artists during a time where the affluent merchant class started commissioning artists for portraits, as well as religious and secular works of art. Their works “depict the society and culture of their time,” says Mariles Gustilo, Ayala Foundation’s Senior Director for Arts and Culture. “Each brother had contributed both sacred and secular images, as well as iconic and picturesque 19th Century Philippine art in either formal portraits, del , or devotional depictions of adored saints.”

Justiniano studied at Escuela de Dibujo in 1834 and became captain municipal in 1855. Most of his important paintings—life-sized renditions of San Agustin, San Geronimo, San Antonio, and San Gregorio—were housed at the Sta. Cruz Church until it was bombarded by the Japanese in 1945. 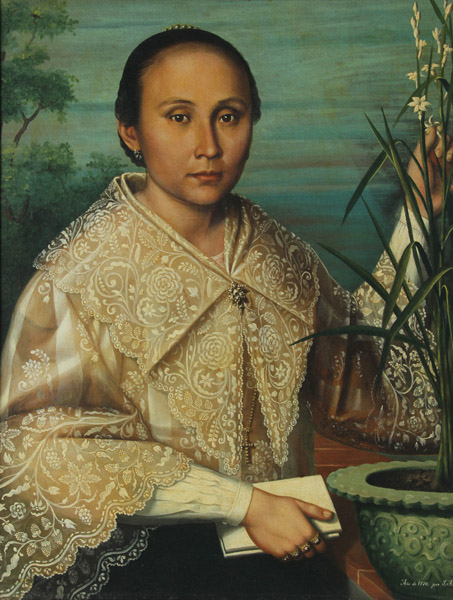 This exhibit shows more variety to his body of work, aside from the religious pieces. In the oil on canvas painting, “Portrait of Romana Carillo,” his mastery of is most evident. It is a style in painting that pays particular attention to the details of clothing, especially embroidery. He also focuses on details of the face and jewelry, drawing your eye to the object of the portrait rather than its background details. 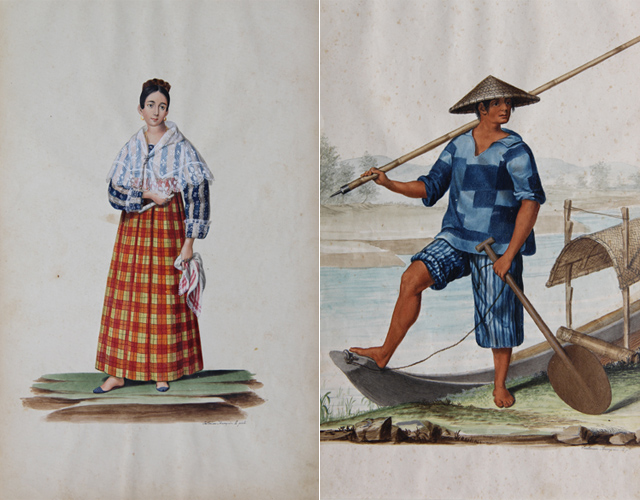 Justiniano’s particular interest and attention to the details and movement of clothing does not diminish even for smaller paintings such as his del pais—paintings that show native Filipinos in their usual garb. These watercolor on paper pieces were popular decorative items of the time, often commissioned by or foreigners.

The culture of 19th Century Filipinos well represented in Justiniano’s work. From occupations like fishing and peddling to pastimes like cockfighting and bathing in ponds, these varied pieces are like little capsules of the Filipino way of life. They also provide insight into the fashion of those days. Women wore (shawls) as well as (skirt worn over another skirt), but they also wore dark shades of blue when in mourning. Local men used to raincoats made of nipa. High fashion at the time included sheer barong and top hats. Local barangay officials walked the streets in (loose trousers with ) or slip-on shoes to show wealth and authority. They were often adorned with large scapulars, proof that religion was never too far away from the art that the Asuncion brothers created. 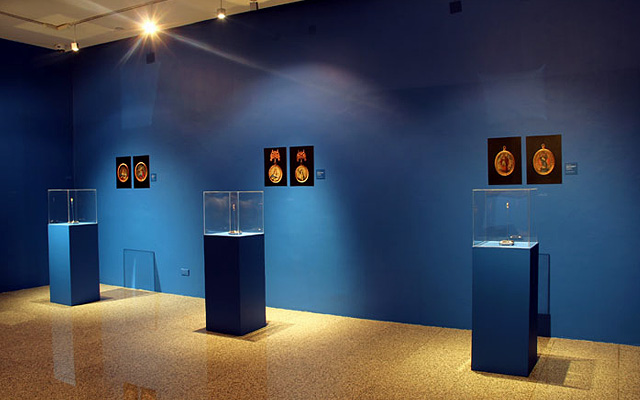 Working on this common theme, Mariano Asuncion painted religious images on medallions, fashioned into jewelry or rosaries that were in style at the time. He enjoyed a wide variety of religious clientele and created work that depicted the miracles of saints, the Passion of Christ, and images of the Virgin Mary. 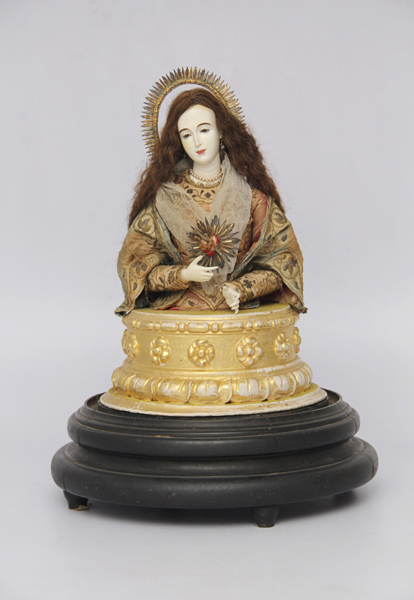 Leoncio Asuncion, for his part, was regarded as the Father of Modern Religious Sculpture. He was most known for creating or religious sculptures out of wood and ivory. In “La Purisima Corazon de Maria” (or "The Purest Heart of Mary"), materials like hair and gold were used to accessorize the Marian sculpture.

Art and Family: The Asuncion Legacy is indeed a reintroduction, not only of the Justiniano or the but also of the life that was once was. Metro Manila won’t only be reintroduced to the legacy of these great artists, but also to the religious and artistic interest of art patrons of the 19th Century.

Exhibit Art Art And Family The Asuncion Legacy Makati Ayala Museum
Your Guide to Thriving in This Strange New World
Staying
In? What to watch, what to eat, and where to shop from home
OR
Heading
Out? What you need to know to stay safe when heading out