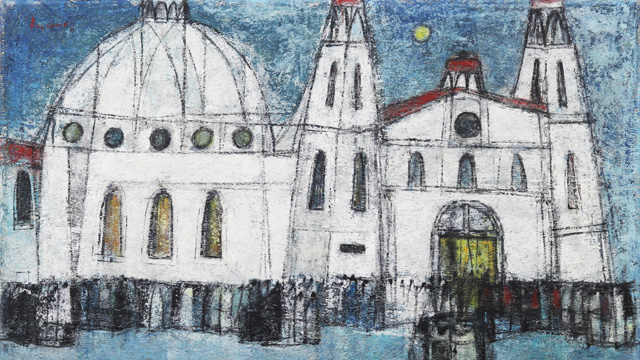 When Fernando Amorsolo Wasn't the Most Ideal in Philippine Art 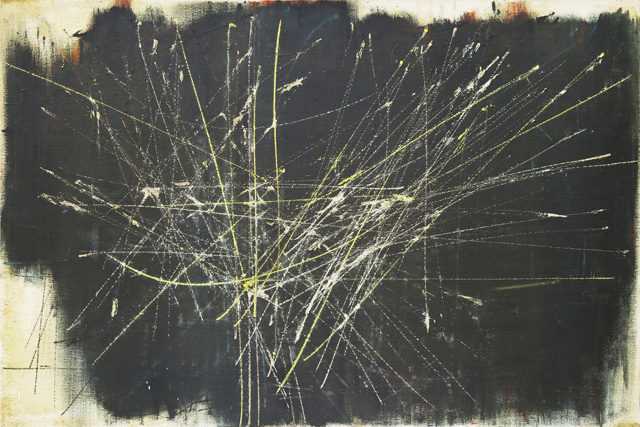 (SPOT.ph) After the American and Filipino forces fought against the Japanese troops during the Battle of Manila in 1945, the city was left in ruins. The Walled City was liberated, but destroyed and razed to the ground after bombings. Thousands of soldiers were killed and wounded and hundreds of thousands Filipino civilians were left for dead. It was a grim moment in Philippine history, but it was also at this time when new artists banded together to make sense of what just happened through the canvas. Leon Gallery in Makati celebrates this time of Manila's avant-garde through a special show titled Mid-Century Moderns: Important Modernist Painting from the Philippine Art Gallery, which runs until September 8. 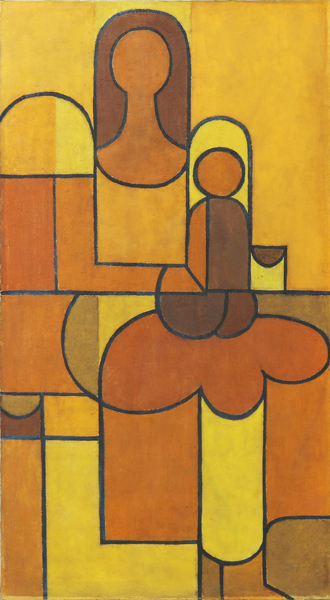 "Mother and Child" by Cenon Rivera

Featured are the works of Hernando R. Ocampo, Cesar F. Legaspi, Victor Oteyza, Vicente S. Manansala, Romeo V. Tabuena, and Ramon A. Estella—a band of six brothers who call themselves "The Neo-Realists." This art movement in the Philippines was a direct response to the old world of Fernando Amorsolo and his signature theme of rural Philippine landscape. A different Manila needed a different style. 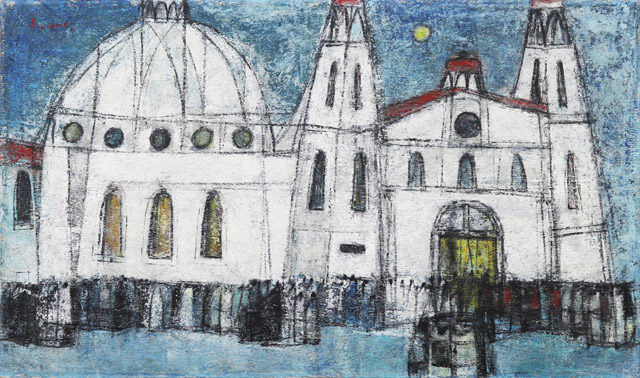 In the same context, writer-painter Lydia “Lyd” Arguilla came back to the country from her creative studies at Columbia University in New York to put together the first all-woman marketing firm, Promotions Incorporated, in the 1950s. An art patron, she had a number of modern paintings hung on its walls. She later opened the Philippine Art Gallery at Room 320 of Palomo Building along Azcarraga Street in Manila. This showcased the works of the Philippines' Neo-Realists. The gallery remained open for 18 years, but its significance in Philippine art and history lasts until today. 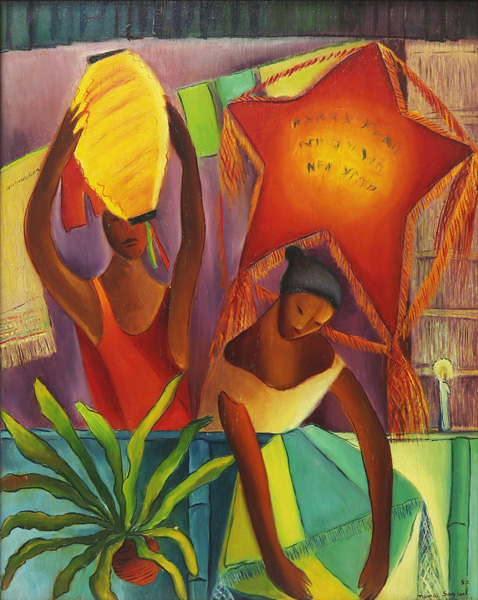 "Lanterns No. 2" by Nena Saguil

Exhibit Art Neo-realist Leon Gallery
Your Guide to Thriving in This Strange New World
Staying
In? What to watch, what to eat, and where to shop from home
OR
Heading
Out? What you need to know to stay safe when heading out