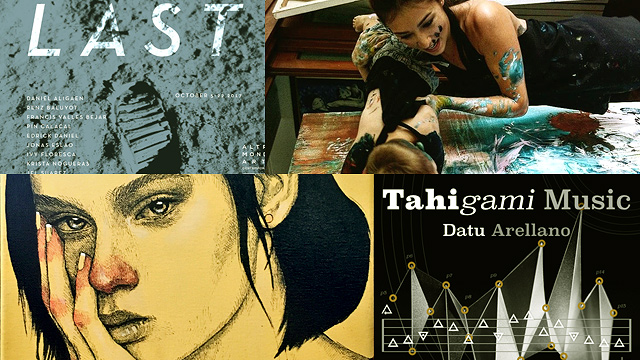 10 Art Exhibits to See This October

A look into what makes us human.

(SPOT.ph) Humankind traces its beginnings from the evolutionary history of primates to the eventual rise (and fall) of the cradles of civilization. Through thousands of years, humanity has dealt with shifts in society, economy, climate, and even geology. For October's exhibit line-up, we look beyond these physical features and into what really makes us human, such as the innocence of a child, the mix of emotions inside us, the looming possibility of death, and what we intend to do with our lives. 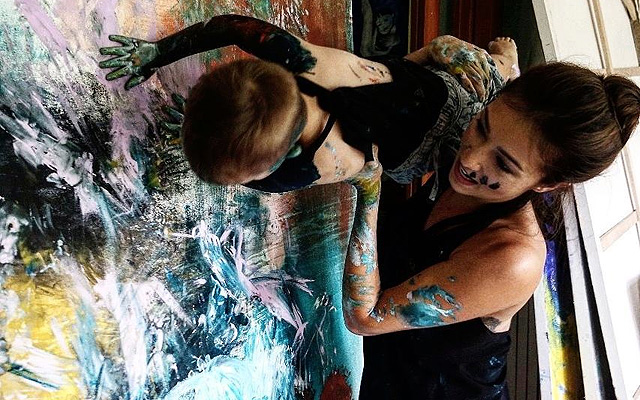 For her second solo show, actress Solenn Heussaff joins forces with her nephew Kaeden—whom she uses as a "human paintbrush"—for a one-of-a-kind exhibit. Her colorful portraitures of people from various walks of life are combined with Kaeden's finger paintings. 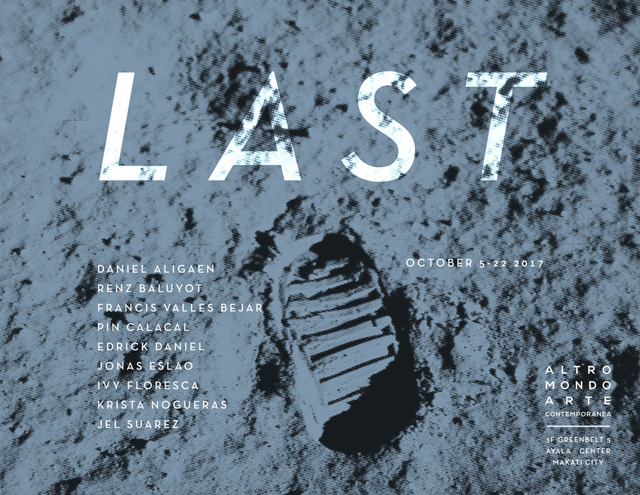 Who doesn't want to leave behind some sort of legacy? In Last, a group exhibit at Altro Mondo, nine Filipino artists try their hand at striving for immortality through works that revolve around the themes of resiliency, survival, and endurance. It also presents a paradox that the idea of permanence may just be an illusion. 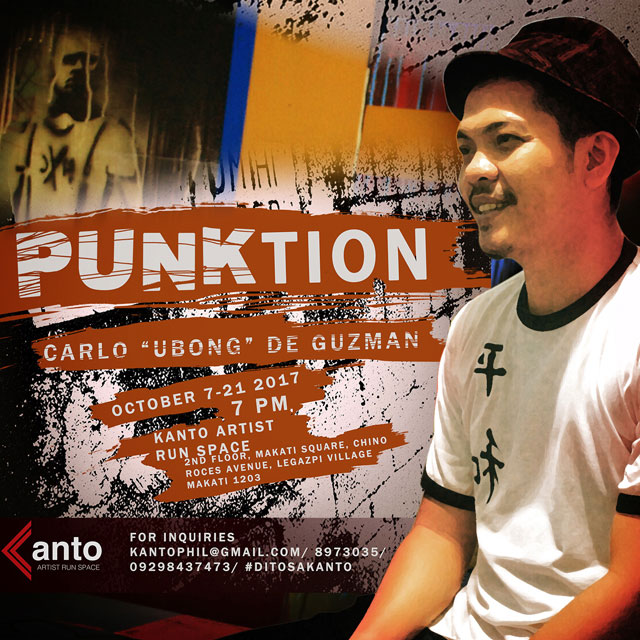 Carlo De Guzman's solo show brings punk music to the canvas through a haphazard treatment of lines, shapes, and letters—often seen as vandalism. "I coined the term 'Punktion' to indicate being functional despite the struggle in every way no matter how small," De Guzman said in his exhibit notes. His works show how being filled with anger towards abusive individuals gives him the power to create and overturn what is happening in everyday lives. 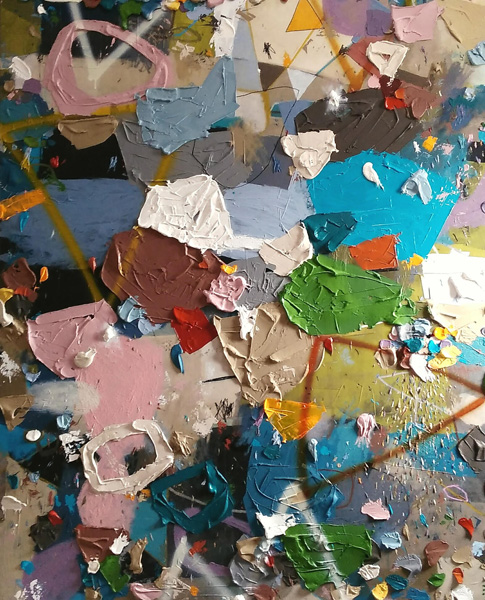 "The universe is watching you #1" by Fitz Herrera

Hate Is Too Heavy

After his sold-out shows at Village Art Gallery in Alabang and Artes Oriente Gallery in Taguig, Fitz Herrera once again showcases his love for abstract art through a solo exhibit of new works titled Hate Is Too Heavy. His recent works feature the importance of expressing oneself, particularly what the artist is feeling in the moment as he’s in front of the canvas. “Do good to others and everything in life will be light,” his motto goes; and through generous drips and daubs of oil and acrylic paint, he lets loose and lets go of hate. 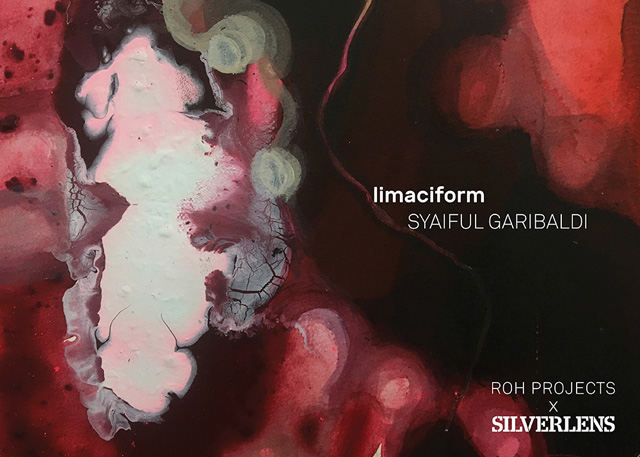 As part of Silverlens' exchange program with Jakarta-based contemporary art gallery ROH Projects, Indonesian artist Syaiful Garibaldi flies to the Philippines with new works in  media: videos, sculptures, drawings, and installations. His series explores the shift in human consciousness in different stages of life by alluding to the process of decomposition in the ecosystem. 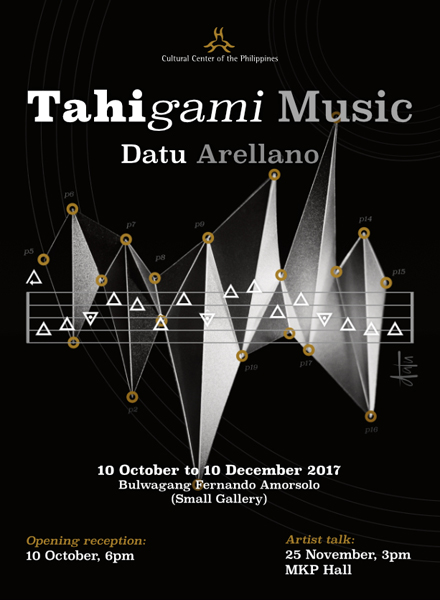 , which is a combination of the words (Filipino for stitch) and (Japanese for paper), is a word that artist-musician Datu Arellano made up; and it couldn't be more apt for his method of stitching on paper to make art. In Tahigami Music, he combines his passion for both music and the visual arts through three main works: "3-Blossom Automata," "Supercluster No. 3," and the " Music Videos, Series 1 and 2." The first is a set of computers that are programmed to play endless and unpredictable melodies, the second is a work of thread on canvas with electronics, and the third is a series of videos that show how the artist makes his music. 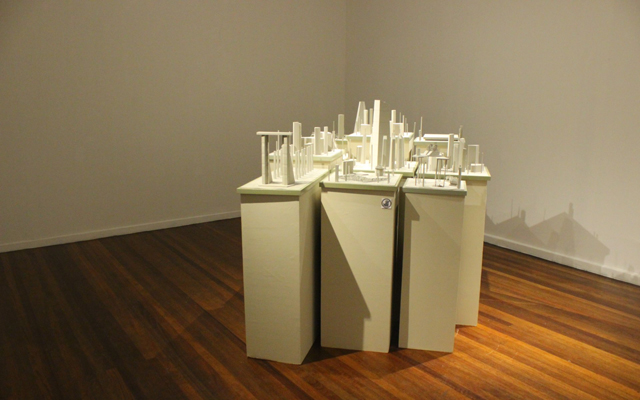 Artist Julio San Jose turns to theology to explore the beginning of humankind through his solo show The Garden. But don't expect to see your regular Adam and Eve story. He gives a different rendition of early civilization through an interesting display of posts, monoliths, and structures. 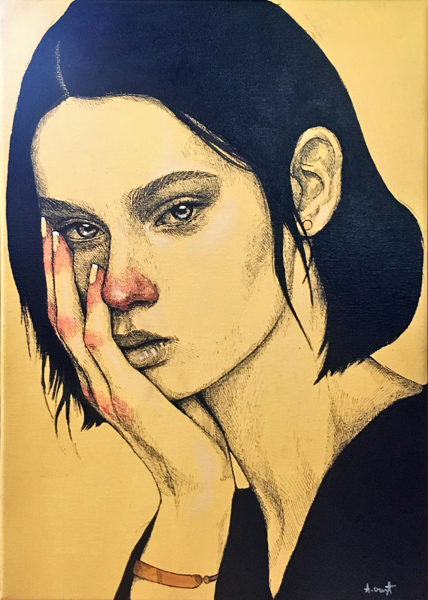 Adriana presents the struggles of women through a collection of expressive portraits rendered from photos of female subjects. She deconstructs the strong emotion of each in various forms of contemporary art. 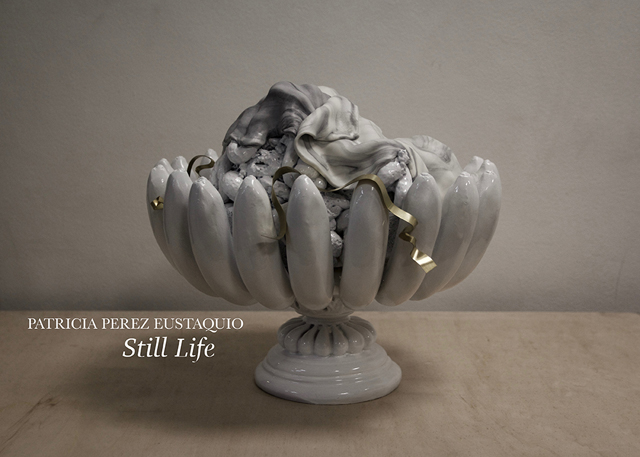 Patricia Perez Eustaquio celebrates her decade-long representation by Silverlens through a new show titled Still Life. She revisits the idea of still life works, which isn't as common in the art scene as it used to be. The exhibit also echoes her past show, Swine (2004), which explores the impulses of creation, consumption, and destruction through images that convey hunger and appetite and her concerns as a vegetarian. 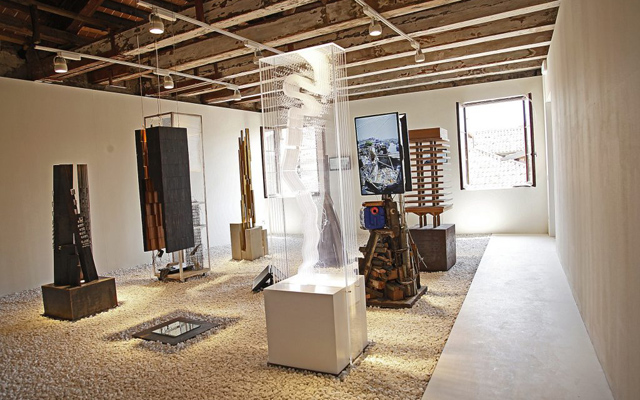 Muhon: Traces of an Adolescent City

Muhon: Traces of an Adolescent City, the Philippine entry at the 2016 Venice Architecture Biennale, comes home at the Metropolitan Museum of Manila. Playing on the Filipino word (monument or place-marker), the exhibit describes Metro Manila's continuous struggle to find its identity—a place-marker if you will—since it rose from the ruins of World War II and after so-called modernization took over the city. Through monuments representing its history, modernity, and conjecture, the show attempts to understand the city's place in time and space.