Vask Gallery Opens with Francesca Balaguer-Mercado's Blame it on the Heat
Loading
Already a member? Log in
No account yet? Create Account
Spot.ph is your one-stop urban lifestyle guide to the best of Manila. 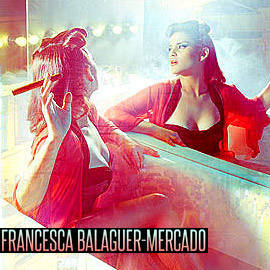 Vask Gallery opens with a show based on <em>Dogeaters </em> 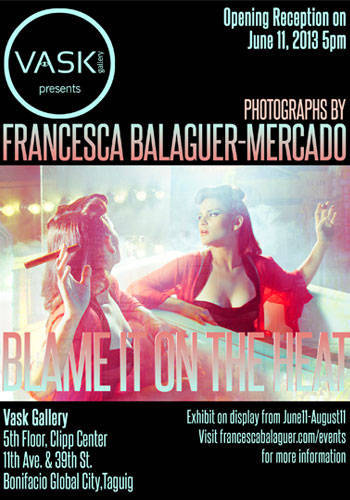 (SPOT.ph) A first for a first-this pretty much sums up Francesca Balaguer-Mercado's Blame it on the Heat photo exhibit at Vask Gallery in Bonifacio Global City.

Vask Gallery is one of the three sections of Vask, that restaurant which offers Basque-inspired molecular gastronomy. Blame it on the Heat is the first in a long line of exhibits that are in the works for the gallery. It is Balaguer-Mercado's first time to show in the Philippines. 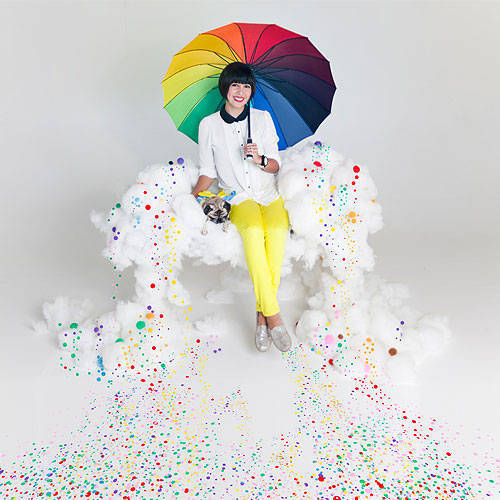 The artist in her Zzz studio

Balaguer-Mercado quickly picked up Environmental Portraiture as her style. Whimsical, fantastical, and surreal, her photos always start with the location first, "before I think of characters that can bring the place to life," she says. She trained under David LaChapelle, and, in 2010, exhibited at the Kimball Gallery of the de Young Museum in San Francisco, California. 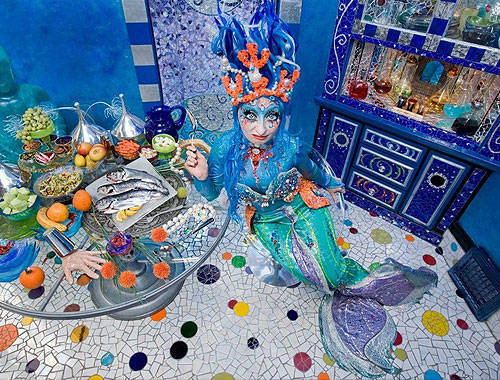 One of the photos from her series, The Majestic, which was shown at the Kimball Gallery in De Young Museum

Blame it on the Heat is a collection of six photographs largely inspired by Jessica Hagedorn's Dogeaters. The title, Blame it on the Heat, in fact, is a line from the book. "It’s about how Filipinos always blame the heat for our behavior," shares Balaguer-Mercado. Soon after she began working on the images, the characters she conjured in her mind "quickly evolved into something just more about women stereotypes in Philippine Society. The book simply became a jump off point." The exhibit features six local celebrities playing those characters. Jerika Ejercito, for instance, plays the character Lolita Luna, the 60s bomba star in The Dogeaters. 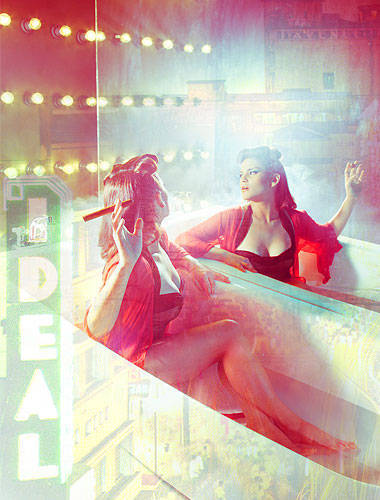 Mayor Pie Alvarez, the youngest mayor of the Philippines, plays the wife of General Ledesma, one of the novel’s corrupt characters. "In the book, she's guilty with all the crimes of her husband, so she's always praying for him, but she's also something of an enabler because she keeps telling her husband 'I'll pray for you,’ so he ends up doing more crimes," explains Balaguer-Mercado. Among the other women in the series are mother-daughter tandem Adrienne and Linda Ley, Lauren Lichetenstein, and Aeta Organics founder Bianca Mabanta.

Blame it on the Heat opens on June 11 at Vask, Bonifacio Global City. It will run until August 2013. For more details, please log on to Francesca Balaguer-Mercado’s website.

Vask Philippineart Francescabalaguer-mercado Dogeaters Jessicahagedorn
Your Guide to Thriving in This Strange New World
Staying
In? What to watch, what to eat, and where to shop from home
OR
Heading
Out? What you need to know to stay safe when heading out