On the Spot: Gian Magdangal and Frencheska Farr from Grease, the musical
Loading
Already a member? Log in
No account yet? Create Account
Spot.ph is your one-stop urban lifestyle guide to the best of Manila. 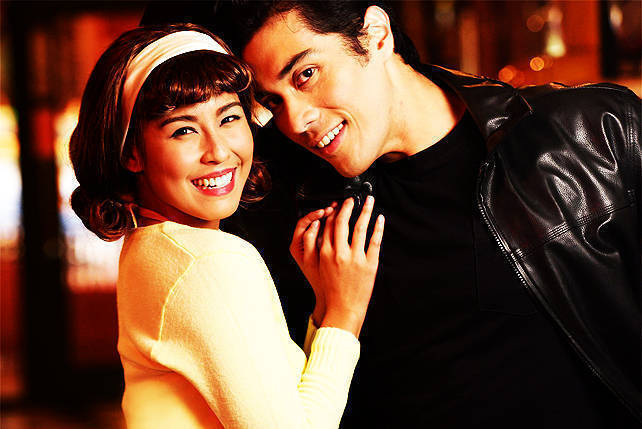 On the Spot: Gian Magdangal and Frencheska Farr from Grease, the musical

Meet the fresh pair who will flesh out Danny Zuko and Sandy Dumbrowski starting November 9. 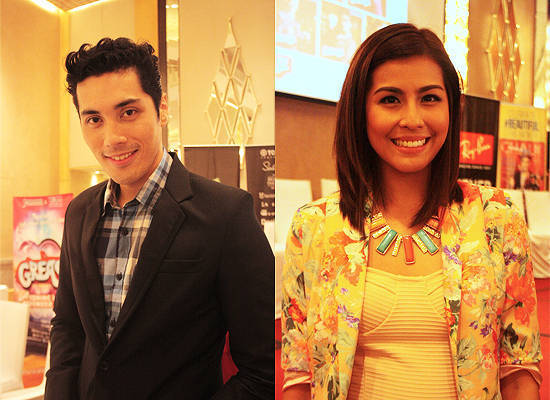 (SPOT.ph) The hot-rodding T-Birds and the bubblegum-popping Pink Ladies of Rydell High are back with 9 Works Theatrical's staging of Grease. Set in 1959 when leather jackets and pedal pushers were all the rage, this Broadway musical is slightly different from the ’70s movie version starring John Travolta and Olivia Newton-John, but fans can expect familiar hit tracks such as "Hopelessly Devoted To You" and "You're The One That I Want."

A lot of actors showed great potential according to director Robbie Guevera but the role of Danny Zuko was eventually given to musical veteran Gian Magdangal, who captured our hearts inThe Wedding Singer, RENT, and West Side Story. After months of auditions and deliberation, the role of Sandy Dumbrowski was given to theater newbie Frencheska Farr, the winner of GMA’s Are You the Next Big Star? in 2009.

SPOT.ph chatted with Gian and Frencheska at the press conference of Grease to talk about the tweet-less era of the ’50s and what it's like working with a powerhouse cast.

There are a lot of sitcoms, movies, and musicals that focus on high school now. What makes Grease different from your usual High School Musical and Glee-like shows?

Gian: Obviously high school these days is a little [more] commercialized. When Grease [was first screened], [high school] was liberating. There were no cell phones and there were fewer distractions. My dad grew up in this era. He told me, "Before, you know, we used to have a conversation with someone upfront. You didn't have Facebook, Twitter or Instagram. You really had to find out for yourself if this person was really sincere or not." The whole fun of that-the sincerity or simplicity of learning a song, listening to live music, and the excitement of that era-is what we want to impart to everyone, especially the kids, when they watch Grease.

The ’50s was known for guys sporting the greaser look. How much grease are you guys really going to put on your hair for the play?

Gian: Oh, we're going to be very generous [laughs].Yung nasa lata-pomada! And luckily my hair is curly, for the role. I'm still growing it for the show, actually.

Gian, your role Danny is the youngest character you've played so far. How did you channel your inner teen for this play?

Gian: I'd like to think I'm still young [laughs]. And it's the cast; they're really infectious and fun to be with. That's where I'm [getting] all the energy from. I'm not fresh out of high school anymore, but I'm still in the calendar [laughs].

Gian: It's very encouraging because they're very eager and they make me remember the plays I did a decade ago. Oh, I used to remember when I didn't complain that much [laughs]. You [can see that] they're really hungry for it and you [want to] remind them that hey, I'm still hungry too! 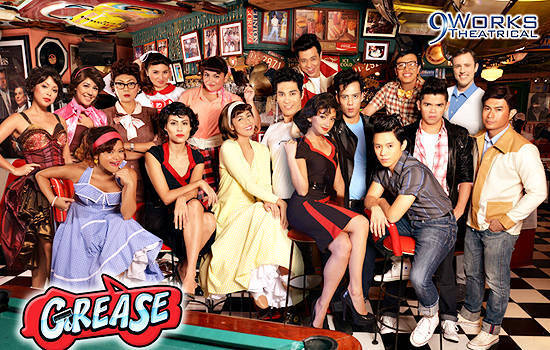 Frencheska, have you done musicals in the past?

But you did a Tagalog movie musical before, right?

Frencheska: Yes, Emir. Three years ago yun. It's about this OFW. It was directed by Chito Roño and that was my very first experience sa acting. Singer lang ako nung pumasok sa GMA.

What's the difference between singing for TV and singing onstage for a play?

What have you learned from training with 9 Works Theatrical?

Do you plan to do more plays after Grease?