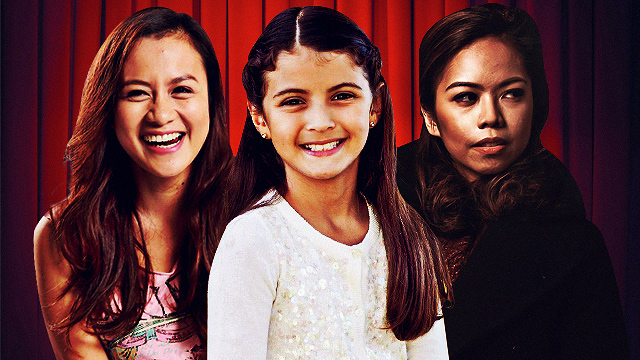 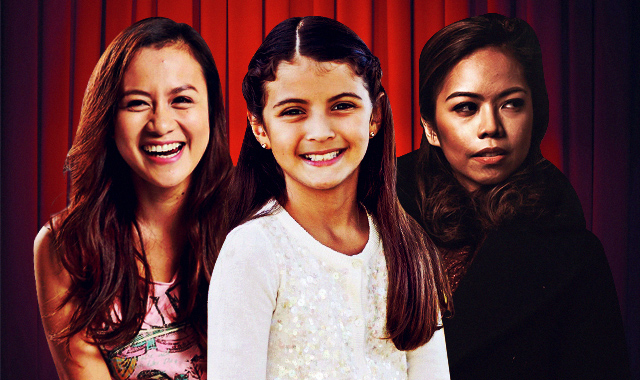 (SPOT.ph) Philippine theater has long been producing stage greats—from the National Artists Honorata “Atang” Dela Rama and Daisy Avellana to homegrown talents that have infiltrated the international scene like Lea Salonga. Year after year, we see actresses that continue to flourish as they star in more productions and showcase their incomparable command of the art form they nurture.

We round up some of the best theater artists of this generation. We’re excited to see them again this 2017! 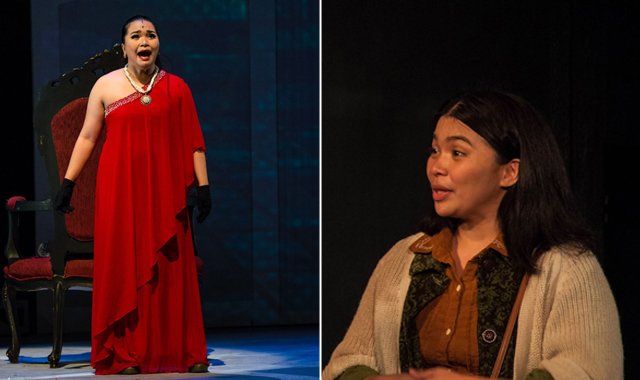 You could say that Mayen Estañero is the lagare queen of theater in 2016. She starred (simultaneously) in Carlo Vergara's Mula sa Kulimliman and Layeta Bucoy's Corazon Negro for the three-week run of Tatlong Linggong Pag-ibig in November. She also starred in the Tanghalang Ateneo production of Anna Ziegler's Boy in late October, the Cultural Center of the Philippines’ Koro/Nasyon in September, and the Virgin Labfest run of Kulimliman in June. These shows ranged from a superhero one-act play, to an operatta, and to a moving drama. We’re excited to see her again this year for the Labfest Revisited roster. 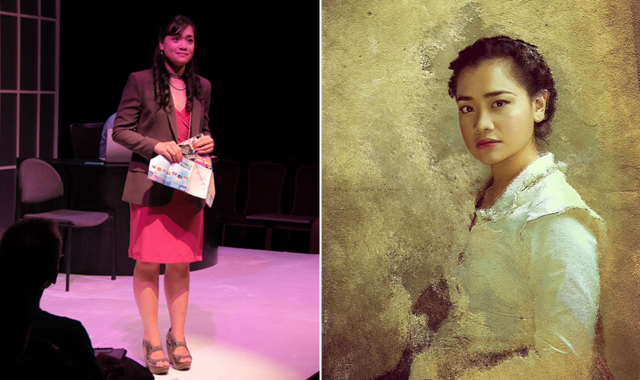 Theater has always been in Delphine Buencamino's blood. She is, after all, the daughter of respected actors Nonie Buencamino and Shamaine Centenera-Buencamino. She majored in theater at the Philippine High School for the Arts and the Ateneo de Manila University, and started doing theater professionally at the age of 16. Aside from acting in Tanghalang Pilipino's production of Mabinining Mandirigma as Apolinario Mabini himself, she also works behind the curtains, like putting together the overall movement design for Ateneo Entablado's Desaparecidos. 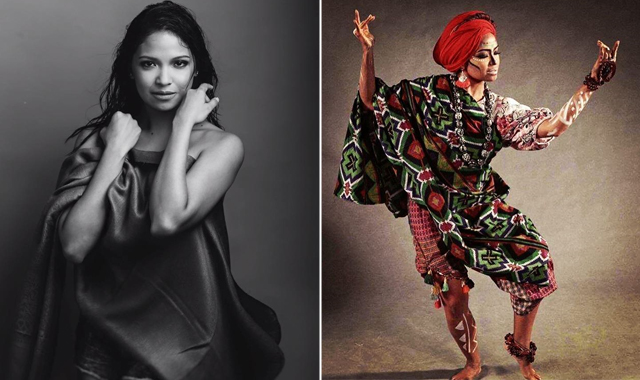 Cara Barredo isn’t exactly new to the business. She was already on stage at the age of seven when she played the role of Tiny Tim in Repertory Philippines’ production of Scrooge. She later majored in music at St. Scholastica's College, Manila and went on to nail her portrayals in Rep’s A Little Princess, 4,000 Miles, and The Graduate, among others. Catch Barredo during the rerun of the Sugarfree musical Sa Wakas this January. 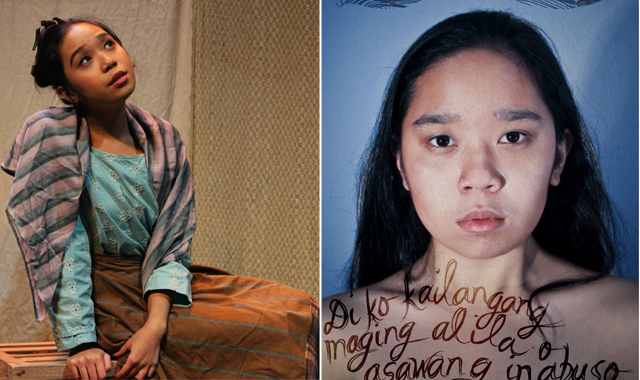 Blanche Buhia managed to cross from high school theater (with Philippine High School for the Arts) to university plays (with De La Salle University's Harlequin Theatre Guild) to professional acting (with the Cultural Center of the Philippines) with ease. You may have seen her stirring performance as Epefenia, who chants her Hiligaynon lines flawlessly, in the Virgin Labfest (VLF) one-act play Ang Sugilanon ng Kabiguan ni Epefenia, which is scheduled for a rerun in June. Buhia is also part of Black Canvas's upcoming production Werk in Progress. 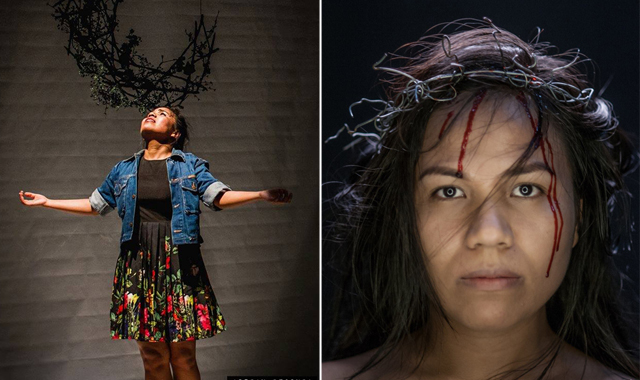 At this point, Skyzx Labastilla is easily one of the most seasoned artists of her generation. She would always prove herself in the annual runs of the VLF, with her poignant portrayals as the little child in Nick Pichay's Daddy's Girl and as Viva in Carlo Vergara's Kung Paano Ako Naging Leading Lady. She even managed to exceed herself with her acting in Rody Vera's Indigo Child, which was part of the Never Again: Voices of Martial Law mini-festival of plays. 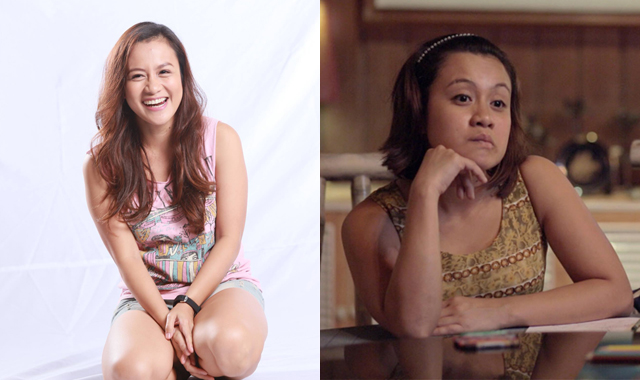 Aside from acting in soap operas (On The Wings of Love), films (Asan si Lolo Mê?), and television commercials, Sheenly Vee Gener also does theater, and she does it well. Her portrayal of Jean in the VLF play Ang mga Bisita ni Jean successfully took the audience inside the head of one who left the communist movement to live a "normal" life in the city. 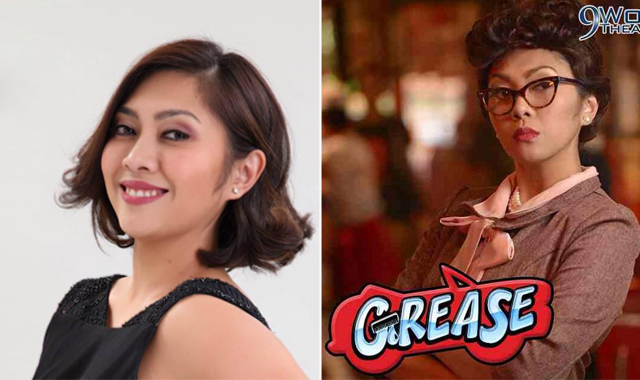 Repertory Philippines's Stepping Out and 9 Works Theatrical's Grease are just some of Angela Padilla's stage creds. But her latest career-changing production is Red Turnip Theater's Tribes where she portrayed the role of Sylvia, the girlfriend of Billy. She managed to not only communicate with her deaf-mute boyfriend but also to connect with the audience while relying heavily on sign language and non-verbal signals. 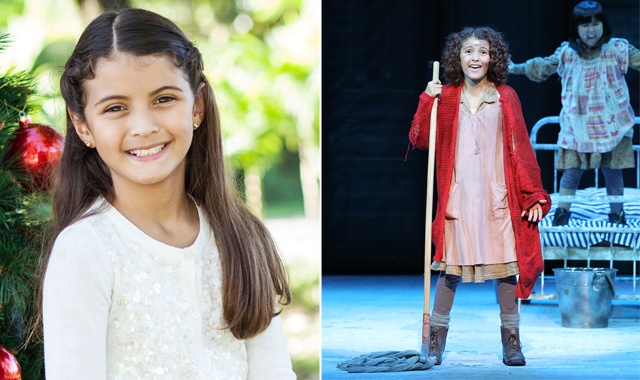 Resorts World Manila's Annie in September 2016 was Isabeli Araneta Elizalde's debut in professional theater. Years of training in school paid off when she was able to hit all the right notes and evoke equal amounts of sadness and cheerfulness when necessary in the well-loved classic. We bet her great grandfather, veteran actor Armando Goyena, couldn't be more proud. 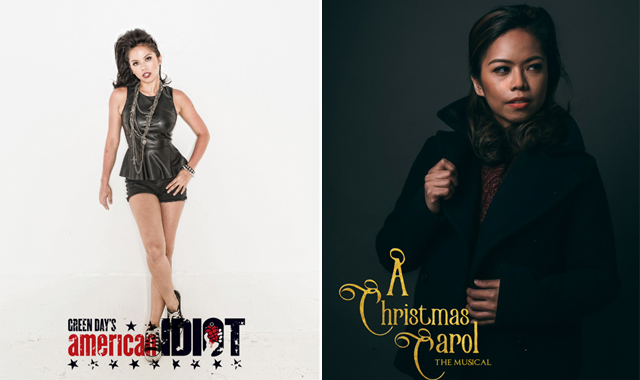 Ela Lisondra's background as a dance major in the University of the Philippines-Diliman paid off especially for the challenging scenes in 9 Works Theatrical's American Idiot. Like most parents of artists, her mom and dad weren't too happy about the career she chose, even forcing her to go to business school. Getting a callback as one of the dancers for the West End revival of Miss Saigon was a game changer, and there has been no turning back since. 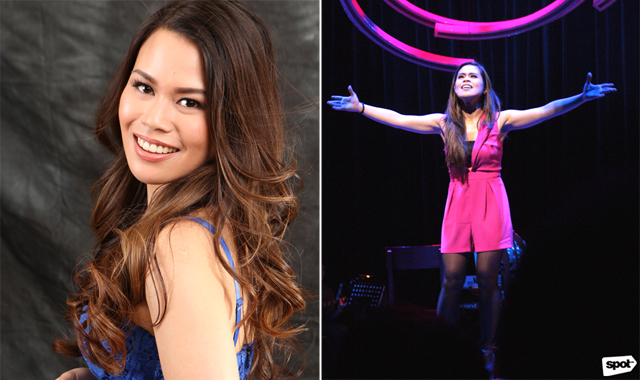 Tanya Manalang debuted in professional musical theater at the age of eight when she played the role of Lucy Pevensie in the Trumpets production of CS Lewis’ The Lion, the Witch, and the Wardrobe. While majoring in Media Productions in college, she bagged roles in various musicals such as Resorts World Manila's The Sound of Music and The King and I, and Viva Atlantis Theatricals' In the Heights. Her claim to fame was playing the alternate Kim in the 2014 London West End staging of award-winning musical Miss Saigon. You might have also seen her as Aileen in the 2016 run of PETA’s Rak of Aegis.

UPDATE (January 16): This article has been corrected to include Cara Barredo's correct school and opening date of Sa Wakas.

Tanya Manalang Ela Lisondra Isabeli Araneta Elizalde Angela Padilla Sheenly Vee Gener Skyzx Labastilla Blanche Buhia Cara Barredo Delphine Buencamino Mayen Estanero Theater Actresses Artists
Your Guide to Thriving in This Strange New World
Staying
In? What to watch, what to eat, and where to shop from home
OR
Heading
Out? What you need to know to stay safe when heading out