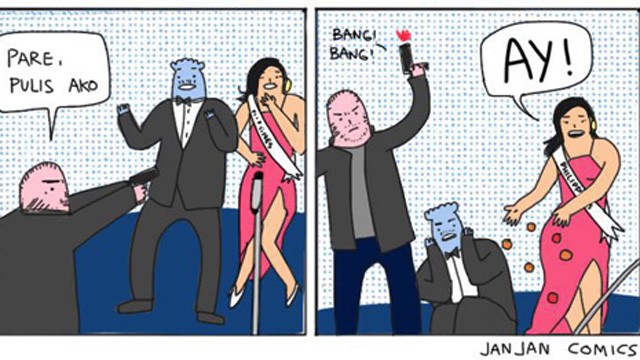 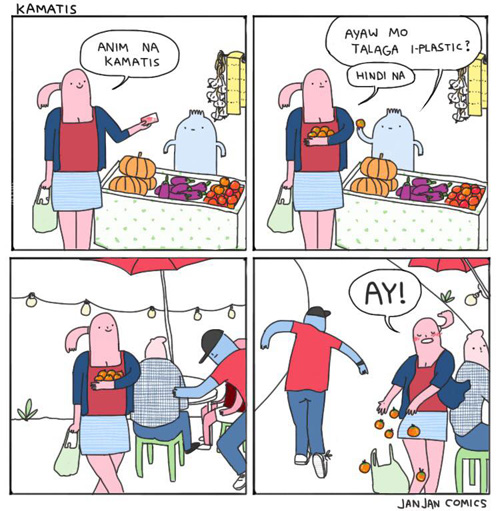 (SPOT.ph) You've probably memorized it by now: "Piracy is stealing, stealing is against the law, piracy is a crime." Enter Derek Ramsay, Gaby Dela Merced, and the well-known tomatoes that get accidentally dropped. Memes and funny doodles about it, especially the catchphrase "Pare, pulis ako!", have become viral and digital art Janjan Comics is in on the fun. 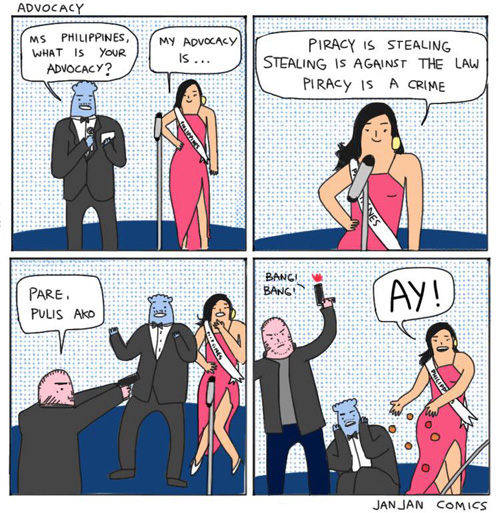 Started in November 2016 by 25-year-old Juris Go, Janjan Comics started catching people's attention when it released a comic strip titled "Advocacy" on January 29. It captured both the Miss Universe hype and the famous tomato scene. It's everything we love to laugh about so it doesn't come as a surprise that it earned tens of thousands of likes. 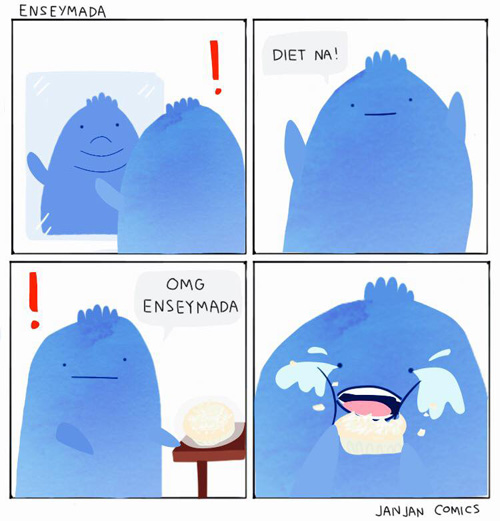 "It's cartoony, honest, and feel good," he shares about his style. Who wouldn't feel good when seeing a cute cartoon character promising to go on a diet, then taking it back as soon as he sees ensaymada? All we can say is: Same. 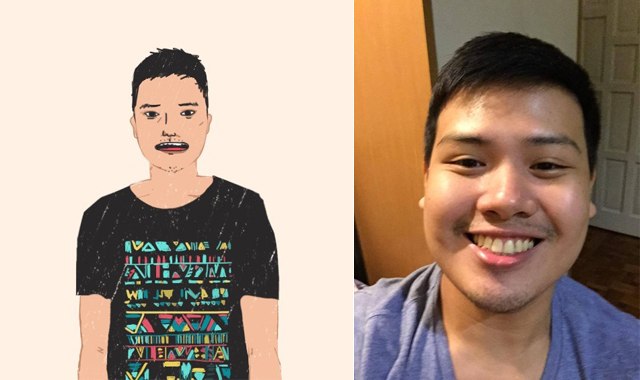 This Quezon City-based digital buyer for a media agency got into drawing at the age of five. "I joined drawing competitions throughout grade school and high school but I ended up taking engineering because I like math. It was a tough decision, but in college I couldn't stop myself from drawing, so I joined art groups and media-related organizations," he reveals. Go was a member of the arts and literature publication Malate Literary Folio of De La Salle University - Manila. He would usually doodle with thin pens and even tried his hand on using watercolor but found digital art to be the most convenient medium. 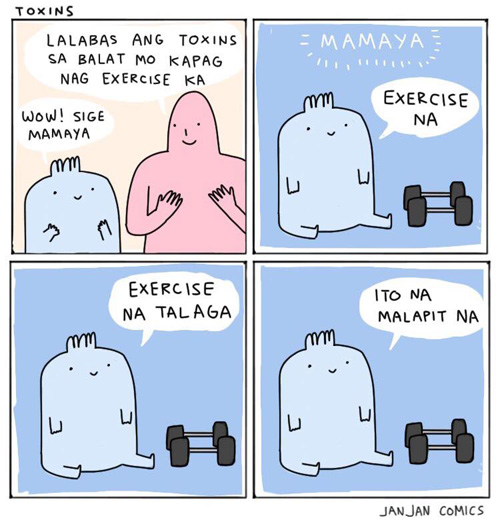 His influences range from the gag show Bubble Gang and the comedian Michael V, to the Filipino comics strip Norman's Island by Norman Isaac, and to foreign cartoons like Adventure Time, The Simpsons, Rick and Morty, and Winnie the Pooh. "For web comics, I'm also a fan of Sarah’s Scribbles, Owlturd Comix, The Awkward Yeti, and Moonbeard. That's why I wanted to make a web comic with a local narrative. It's also great that there are local comics like Hulyen, Kera Animations, and the works of Rob Cham. Having known them really pushed me to make my own web comic," he continues.

Comics Web Comics Janjan Comics Juris Go
Your Guide to Thriving in This Strange New World
Staying
In? What to watch, what to eat, and where to shop from home
OR
Heading
Out? What you need to know to stay safe when heading out