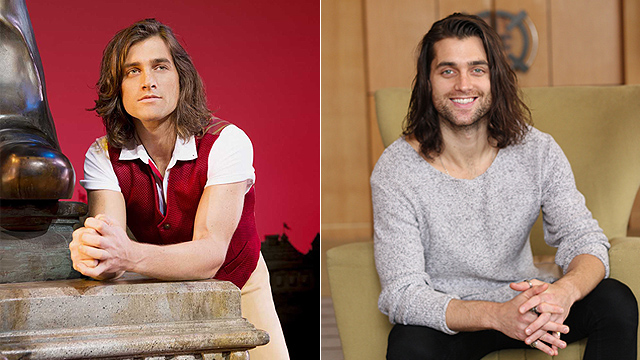 Meet Fiyero, the man who comes between two witches in Wicked

He'd like to be your "date" on Valentine's Day. 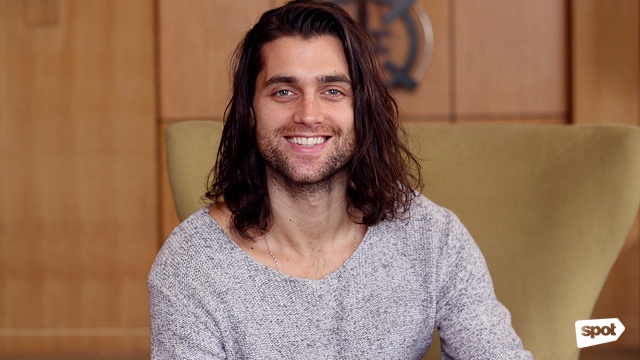 (SPOT.ph) Wicked opened on February 2 at The Theatre at Solaire in Parañaque City and we couldn't be more excited. We're pretty sure we'll have a hard time humming along to the songs during the show. A week before the musical's gala night, we got to interview Bradley Jaden, who plays Fiyero, and we found out a few things about him—from auditioning for Wicked to eating balut.

Here's the lowdown on the seasoned actor, who has also played Enjorlas in the West End production of Les Misérables.

He started in theater a bit late.

“I was into anything other than theater really when I was younger,” he reveals. He started acting at 15, then went to Guildford School of Acting in Surrey, England for three years.

Wicked is his favorite production.

Obviously! Jaden was Shrek in the West End production of the musical aside from his role in Les Misérables, but “everything in [his] career led [him] to this incredible opportunity and role.” 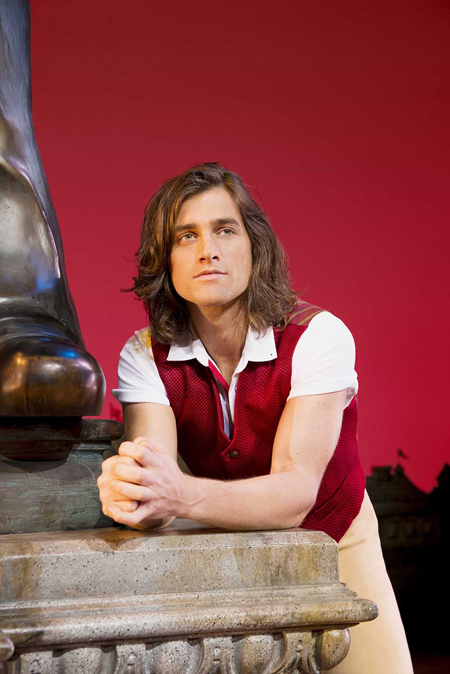 He went through nine rounds of auditions for Fiyero.

That wasn’t easy! After Les Miz, Jaden tried out for the role. He started with Wicked in July 2016.

He saw Wicked only a week before they opened.

Jaden confessed that it was only a week before they kicked off their international tour at Alhambra Theater in Bradford, England that he saw the full production of Wicked. “I’ve read the book and heard the soundtrack, but I’m really glad that I’ve never seen it….what was nice for me through the rehearsal process is that I have my own take on Fiyero. I learned everything from new, what I was experiencing from the cast, from the creatives, and the two witches. It was all fresh, it wasn’t contrived, not influenced by the Fiyero in the West End at present. Once I was able to solidify my take on Fiyero, I was able to sit back and just watch the show as a whole in the West End,” he narrates. 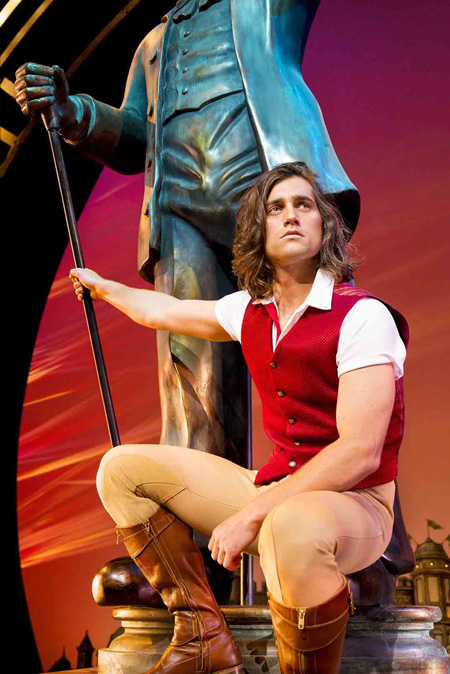 Fiyero is a bit misunderstood.

The actor playing him thinks that the exchange student has “his own brand of cavalier that excites people and shocks people.” He’s also actually very warm-hearted, according to Jaden.

Bradley Jaden is almost the opposite of Fiyero.

The actor says that he isn’t as confident as Fiyero, but through playing his part in Wicked, he can “disappear from [his] own insecurities for a couple of hours and just enjoy the confidence that escapes from [the character].” 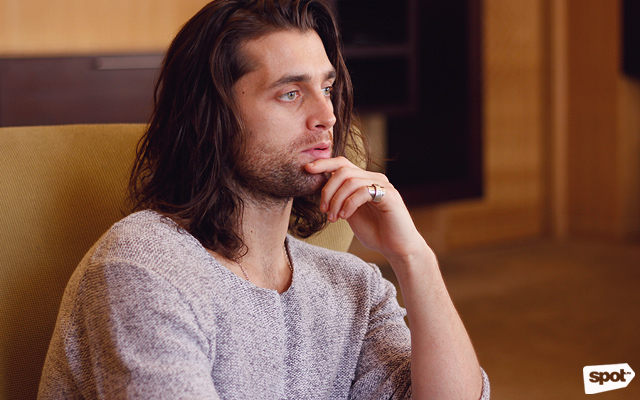 He's recording a duet with our very own Aicelle Santos.

Following the success of Out of Oz, a video series of recordings uploaded on Wicked's official YouTube, Filipina theater actress Aicelle Santos and Bradley Jaden are collaborating for the duet featuring Wicked protagonist Elphaba and Fiyero. They'll be recording "As Long as You're Mine" at the Globe Chroma Studio on February 10 and the video will debut online later this month. Can't wait to see that, too!

Chistery, a monkey in the musical, has the ability to fly, and we totally understand why Jaden wants to play that role. "They're incredibly acrobatic and talented guys," he tells us with excitement. 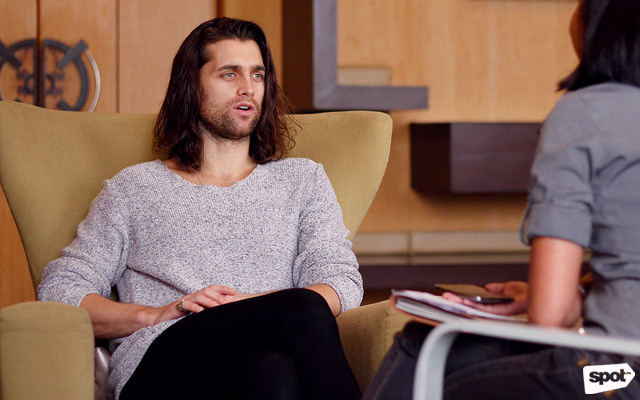 He ate balut in Japan.

“I wouldn’t say it’s not a favorite of mine, but I did enjoy it.” We suggested that he might want to try the duck egg from a neighborhood balut vendor, might taste better!

And that’s what we all need now. “What’s exciting about Wicked is that you can come from any background, or be any sort of person, and just enjoy the show—be it the light and sound, the orchestration, the costumes, the set. It just has this freedom and yearning for individuality.” Preach!

Wicked runs until March 12 at The Theatre at Solaire, Solaire Resort and Casino, Aseana Avenue, Parañaque City. Tickets, priced from P1,750 to P7,000, are available through Ticketworld.

Wicked City Guide Theater Musical Solaire Fiyero Bradley Jaden
Your Guide to Thriving in This Strange New World
Staying
In? What to watch, what to eat, and where to shop from home
OR
Heading
Out? What you need to know to stay safe when heading out