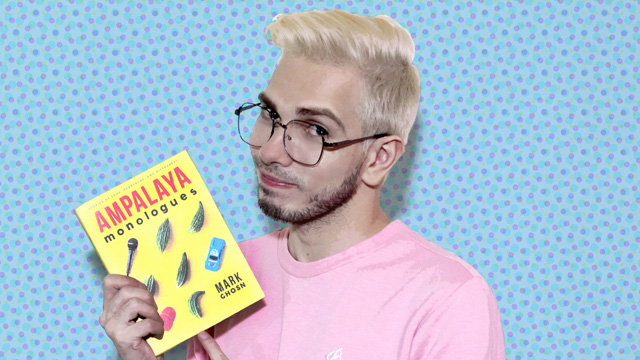 Your favorite spoken word pieces have been compiled in a book! 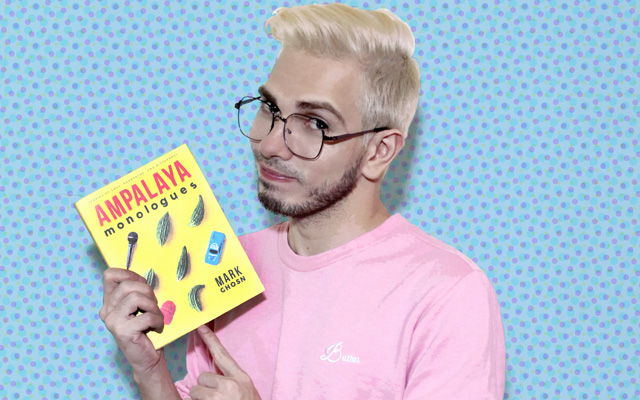 (SPOT.ph) Spoken word has become so popular these days that it has been performed in all kinds of spaces—local cafés, dive bars, parking lots, and even national television (remember On the Wings of Love?). You can now also read your favorite pieces in book compilations such as the recently released Ampalaya Monologues, a collection of 27 monologues about love, heartache, and bitterness written by Mark Ghosn. In other words, hugot—definitely a crowd favorite among millennials. 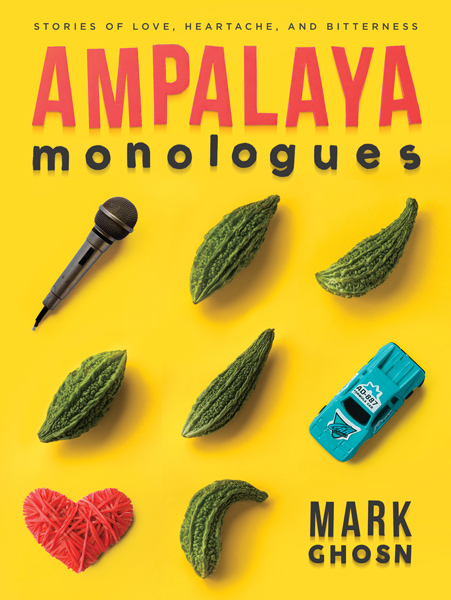 The stories vary from the bitter queen who gets dumped, the boy next door who was friend-zoned, the LDR couple, the friend who's forever a third wheel, the womanizer who gets cheated on, and much more. No matter what your version of bitterness is, there's an Ampalaya Monologue for it. The pieces were originally staged by the performance art collective Theater in Alternative Platforms, Ghosn's theater outfit. Various shows have been produced in the past such as the Halloween-themed #OneMoreTime, Christmas-themed #SingleBells, and an Day Show called #AmpalayaDay. You may have seen one or two (or all).

Before the big book launch on August 5, SPOT.ph sat down with the author himself to find out about the bitterness he's been putting into words.

SPOT.ph: How did Ampalaya Monologues start?

Mark Ghosn: I started writing it in 2013. I have a theater group, TAP - Theatre in Alternative Platforms, and supposedly ' first production. At that time, support from the members that I have, so -shelf . Then in 2015, two years , di ba? I wanted mag-push na ng production. Wala budget. Ang -ideal lang production naming is may minimal lang set. But still, theatrical pa rin .

Na-inspire Vagina Monologues [by Eve Ensler] and I thought that instead of women empowerment, why not bitterness—stories of people broken-hearted. I came up with Ampalaya Monologues ko . This time, mas comedy-drama. That's how it started. I approached my friend Yan-yan and he helped me out with getting a bar where to present it.

The Ampalaya Monologues book has 27 stories. Is that the number of your monologues or you have more?

At the time when we were just starting, . Then because the first show was a success, nang . Right now it's about 50 so the ones in the book are just half of it. Like the first volume.

Was it really intended that other people would perform the pieces?

Yes. I can't perform . Although Vagina Monologues, . Ang idea . Pero ko, I cannot may characters . I also want to get different characters , I think, forte ko. 'Yong mag-create ng ng - distinct characters. I want each character to be different than the other.

Would you call your pieces as poetry, spoken word, or monologue?

In a way, it's still under spoken word but not poetry. Akin ' monologue.

How would you differentiate these?

Spoken word poetry is a poem that's written to be performed in front of people. Medyo mas madaming rules poetry—rhythm, elevated language, and all that. For monologue, it doesn't really have to be that. It just needs to have a character with an objective and conflict on how they'll achieve that objective.

I started with theater in college, that's more than 10 years. I studied Mass Communication but I also have theater classes. In college [University of Perpetual Help – Las Piñas] , we have theater . Nagtuloy- 'yon.

Why do you think spoken word became popular?

Do you think that's a good thing compared to approaching literature in a technical manner?

'Yon risk. It's being appreciated by many people but then pa ' technical part. 'Yon -promote ng active spoken word. As a beginner, it's okay for you to experiment and learn. In a way, ' pieces. Pero as you immerse into the scene, you evolve and become more technical with your writing.

It's similar to this trend where people go to galleries to take selfies.

Exactly. So we're torn between consumption and education. of two .

Are your stories based on personal experiences?

I try to insert my own experiences in each piece but I only have limited experiences. I haven't even been in an official relationship, “almost” lang . (Laughs.) The stories are from people that I know ko rin ng akin. Even though ng actual relationship, I have been in love and I felt bitterness and heartaches. In a way, parang mixed .

Do you think your will run out?

That's why, as a writer, puro mo lang. I think gifted that I have that skill to step in shoes ng and I can see things from their perspective. That's why I was able to write these 27 characters differently from each other. 'Yong skill 'yon ay so ng . Kung ' , kaya kong . Kasi kaya kong ' . Even as a poet or any kind of writer you are, it's not just all about your experiences but about the experiences of other people.

Do you think you would write about topics that are not about love and relationships?

I would love to. I tried before. I have plays that tackle different issues. One of those is Mga Multo ni Mang Roque, it's a dark one. It tackles being a celebrity and 15 minutes of fame, and how it can affect a person's lives. I've also written political, satirical comedies that tackle Martial Law and fake news. In the future, I have projects lined up that's not about heartache and bitterness.

I also try to insert it Ampalaya Monologues , but not too much—domestic abuse, discrimination within the gay community, . Kaya lang may brand Ampalaya Monologues which is "Love, , and Bitterness." Kaya din ng issues aside from love. Rather than , lang play at lang i-tackle issues 'yon.

What can we expect from your book?

I was reading it and parang book . Iba mo, may visuals before mo ' message. Dito, you just have the story, the character directly talking to you, alone. Kung ' feels stage, intense ' feels lang ng character . Ikaw lang ' , audience . The intensity of the emotions is heightened and the comedic parts of it are also heightened. Na- ' intensity and you have your own imagination of it.

In one word, how would you describe Ampalaya Monologues?

Ampalaya Monologues Mark Ghosn Spoken Word Theater Summit Books
Your Guide to Thriving in This Strange New World
Staying
In? What to watch, what to eat, and where to shop from home
OR
Heading
Out? What you need to know to stay safe when heading out