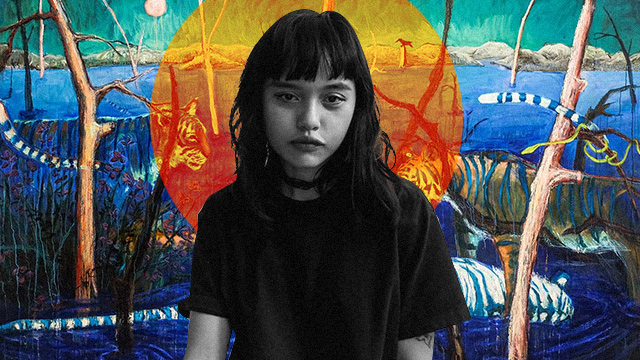 From the Stillness of Nature to Animals in Motion: The Art of Bree Jonson

The 30-year-old artist was found dead in La Union on Saturday morning.

(SPOT.ph) News broke on Monday that 30-year-old Filipino artist Bree Jonson was found dead in a resort room in La Union on Saturday morning, September 18. While the cause of her death is yet to be confirmed by police authorities, the galleries and artists she worked with are mourning the loss. León Gallery said in a tribute that her "passing is undoubtedly a major loss to Philippine art."

"I wanted to drop out of university and I only stayed because of my parents. But because I knew what I wanted, I pulled off a ‘long con.’ After I graduated, I went to Manila under the guise of looking for a job and instead, enrolled in UP College of Fine Arts, University of the Philippines. Even though I quit after a semester, I continued painting," she told ArtandMarket.net in an interview published on September 24, 2020.

Jonson trained as an apprentice under Jason Montinola, a good friend of another Filipino painter, Ivan Roxas.

"I was lucky to be able to hear these two great painters talk about technique, skill and their favorite painters. I learnt about these, as well as more on art history during sunny afternoons with cups of coffee," she added in the interview.

She started staging art exhibitions in 2014 with Therion Mythos as her first solo, presented by OUR ArtProjects in Kuala Lumpur. Malaysian media outlet The Star described her oil paintings as "both unsettling and mesmerizing" as her canvases depict realist images of domestic and wild animals mixed with the mythical embodiment of beasts.

The article revealed that Jonson's fascination for animals began at the age of four, when the young artist had intense dreams about becoming an animal herself. "She [shared] that she was so affected by these dreams that she walked around on all fours and started eating without utensils," The Star reporter Sharmilla Ganesan wrote. Jonson's mother, a veterinarian, used to bring animals home to their house, which spurred the artist's interest in all sorts of creatures.

Bringing Animals to Life Through Canvas

A penchant for portraying animals on canvas became apparent in all of Jonson's pieces. According to her biography, her paintings "critique the relationship that humans have with their environment, and the divide that has grown between them, a divide that displaces them as Other, different from humans, and lower in importance and heirarchy."

On a mission "to bring out the innate wilderness in human nature, to culminate a sense of interconnectedness, and ultimately to move away from anthropocentric worldview to one more inclusive of multiple species," she explored this philosophy in all her shows.

In I Stared at the Abyss and the Abyss Stared Back, which ran at West Gallery in 2015, she referenced Friedrich Nietzsche. "He who fights with monsters should be careful lest he thereby become a monster. And if thou gaze long into an abyss, the abyss will also gaze into thee," the German philosopher once said. Jonson looked into the similarity of humans and animals when dealing with repressed desires.

In New Dogs; Old Vices, a solo exhibit at Art Informal in 2017, Jonson depicted dogs in motion, which has a semblance to humanity's own life experiences. A canvas titled "The Undoing of Limbs," for example, shows a dog dragging another dog away from from a pile of beasts—bringing to mind the human trait of altruism.

In the same year, Jonson staged her second solo show in Kuala Lumpur titled Writhing. Here, she explored the underwater world—a departure from her usual canvases of wild beasts. Her paintings of sea urchins and anemone showed beautiful yet deadly creatures of the deep. The two-dimensional pieces were accompanied by 50 pieces of wooden sea urchins, which gave physicality on the sense of danger that one gets when close to them.

Notes on Stillness, a solo show in Singapore in 2019, was once again a rumination of the human condition and the natural world. But unlike her usual paintings of animals in motion, the canvases showed creatures in "a moment of suspended rest and contemplation." Jonson said about the show: "Stillness is ultimately about taking a step back, looking, feeling, absorbing."

Her last exhibition before she passed away was ZZYZYX at Art Informal in January 2021. The title came from an abandoned spa-turned-nature preserve in the Mojave Desert. It also happens to be the name of an old Malate bar. In ZZYZYX, she looked into the plight of birds, especially threatened species in the Philippines due to the loss of habitat brought about by deforestation and mining. The show was the result of an artist residency at Playa La Caleta in Morong, Bataan.

In the 2020 ArtandMarket.net interview, she was excited about her Art Informal show as it "[would] mark a change in my direction to where I have always wanted to go, where there is a lot more experimentation, variegated, and raw."

While the art community has lost a young voice, they will forever remember Jonson's fiery exploration of the human emotion vis-a-vis the stillness of nature and the mania of predators.

Bree Jonson Art Obituary Adventurer Savvy Seasoned Biography
Your Guide to Thriving in This Strange New World
Staying
In? What to watch, what to eat, and where to shop from home
OR
Heading
Out? What you need to know to stay safe when heading out