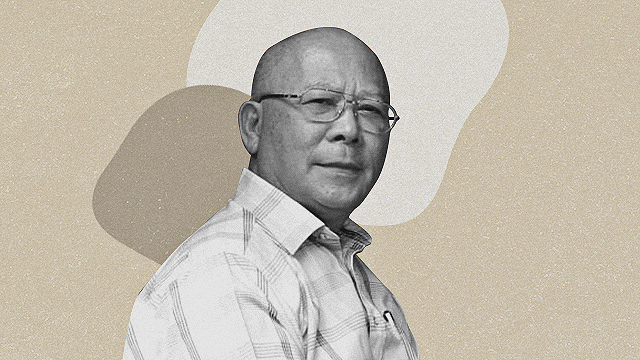 He passed away on Tuesday, September 28.

(SPOT.ph) Most college students, humanities majors or not, are likely familiar with the name Bienvenido Lumbera. He co-authored Philippine Literature: A History and Anthology, a textbook published in 1982 that's commonly used in literature classes for freshmen. A poet, dramatist, and literary scholar, Lumbera died on Tuesday morning, September 28. He was 89 years old.

Who Was Bienvenido Lumbera?

Lumbera went underground when dictator Ferdinand Marcos declared Martial Law in 1972, and was eventually arrested by the military in January 1974. He was released in December of the same year, and won a Carlos Palanca Memorial Award for Literature for his poetry collection shortly after his detention.

He began teaching at the Department of Filipino and Philippine Literature at the University of the Philippines in 1976. Lumbera also taught literature and writing classes at the Ateneo de Manila University, De La Salle University, and the University of Santo Tomas. He served in the Board of Advisers of the UP Institute of Creative Writing and gained Professor Emeritus status at the state university.

In 2006, Lumbera was conferred National Artist for Literature, making him the "first activist writer to receive the National Artist Award since Amado V. Hernandez," according to Bulatlat. In an interview, he said:

"A Filipino artist who is involved in a movement to counter the views of those who are in power needs to recognize the power I’m talking about, and use that power to advance the cause that he’s advocating.

"Now those Filipino artists who are not in the movement might ask themselves, Did I tend to be overcautious in taking up a position on national issues? If he has been overcautious then perhaps he should begin to consider his position.

"If you want to gain a national honor, you don’t have to be overcautious about your political views. Because the National Artist Award is not given by the president of the Philippines: it is not she who picked you out to be given the title National Artist, it is fellow artists and academics who pick out nominees for the title. That gesture by artists and academics is in a way representative of the general public’s feel."

His other awards include the 1993 Magsaysay Award for Journalism, Literature, and Creative Communication Arts; several National Book Awards from the Manila Critics Circle; the 1998 Philippine Centennial Literary Prize for Drama; and the 1999 Cultural Center of the Philippines Centennial Honors for the Arts.

The Works of Bienvenido Lumbera

Writing in both English and Filipino, Lumbera was most known for introducing "Bagay Poetry" in Tagalog literature together with other poets like Rolando Tinio, Jose Lacaba, Antonio Samson, and Edmundo Martinez. This tradition builds poems on concrete images, captured experiences, and used colloquial language, a clear movement against the abstract poems of traditional poets at the time. Some of his poetry collections include Likhang Dila, Likhang Diwa; and Balaybay: Mga Tulang Lunot at Manibalang, a collection of new poems in Filipino and those from Likhang Dila.

As a librettist, Lumbera produced highly acclaimed Filipino musicals, some of which were written at the height of Martial Law. These are Tales of the Manuvu; Rama, Hari; Nasa Puso ang Amerika; Bayani; Noli Me Tángere; and Hibik at Himagsik nina Victoria Laktaw.

Bienvenido Lumbera National Artist Adventurer Savvy Seasoned Obituary Staying In
Your Guide to Thriving in This Strange New World
Staying
In? What to watch, what to eat, and where to shop from home
OR
Heading
Out? What you need to know to stay safe when heading out