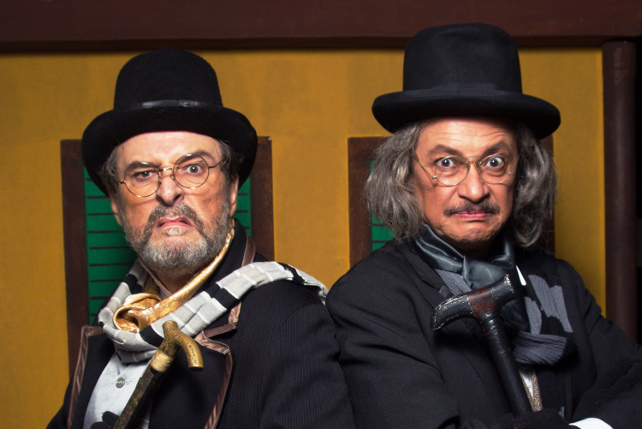 It's a timeless Christmas story for the whole family. 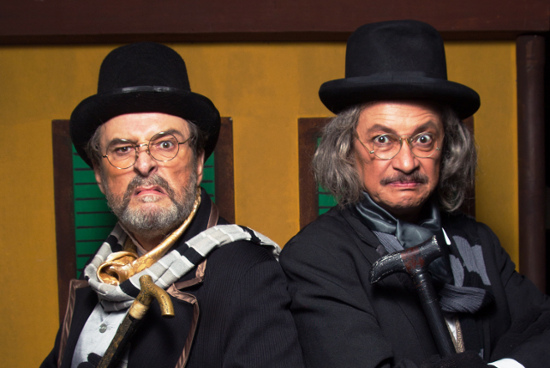 (SPOT.ph) After countless adaptations and reworks, it’s almost hard to still be enthralled by A Christmas Carol. Repertory Philippines, however, succeeds in bringing Charles Dickens’ classic Christmas tale to vivid and fantastic life with the staging of Scrooge the Musical.

The play remains faithful to the short story, which tells of a stingy businessman who despises the holiday season. He overworks and underpays his staff, refuses to donate to charity, and is rude to his nephew who invites him over for Christmas dinner. He is then visited by three ghosts of different times-all determined to show him the grave error of his ways. 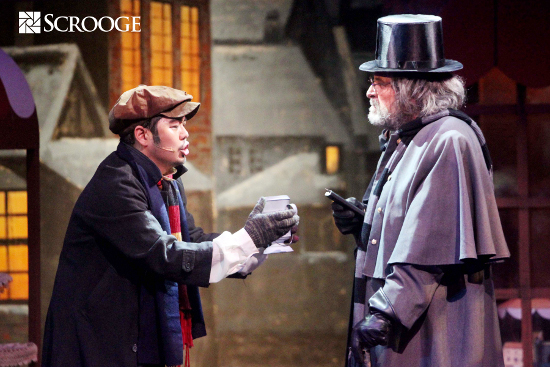 Stepping into the miserly shoes of grouchy Ebenezer Scrooge is seasoned actor Miguel Faustmann, who effortlessly captures a grumpy and money-hungry businessman. He injects fun and a bit of humor into his lively performance as a man best known for his general dislike for people. Raul Montesa is Jacob Marley, the first ghost who gives the stubborn Scrooge a chance to redeem himself. Cara Barredo, Oliver Usison, and Dwight Angelo Vito Cruz play the ghosts of Christmas Past, Present, and Yet-to-Come, respectively. 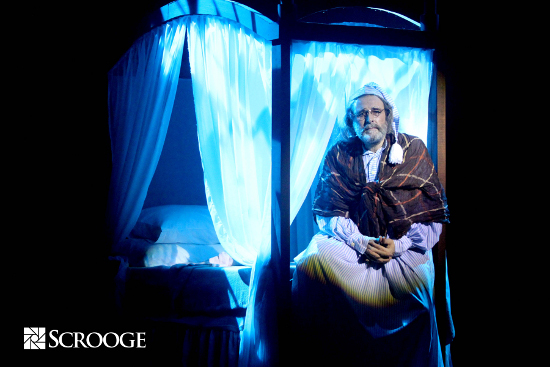 Director Baby Barredo does an impressive job of adding a touch of magic to the show, with smooth on-set changes and transitions as ghosts take Scrooge from his lonely and heartbreaking days of childhood to his bleak future. He and the ghosts weave in and out of different scenes; he’s there but not really, which flaunts Barredo’s well-thought out directing.

The music manages to be lively yet touching, with a particularly notable duet between Scrooge and his younger self (Arnel Carrion). The play is written with such wit that it’s bound to delight audiences of all ages, despite the admittedly melancholic storyline. The story is ultimately about a man who finally understands the valuable lesson of giving this Christmas season-advice we can all probably learn from, too.

"Bah, humbug!" may be Scrooge’s famous catchphrase, but this musical is anything but.

Catch Scrooge the Musical at the Onstage Theater, 2/F Greenbelt 1, Makati City from now through December 14, with shows on Fridays and Saturdays at 8 p.m. and matinee shows on Saturdays and Sundays at 3:30 p.m. For tickets and more information, visit www.ticketworld.com.ph or call Repertory Philippines at 843-3570 or 451-1474.

Repertoryphilippines Scroogethemusical Theater Review
Your Guide to Thriving in This Strange New World
Staying
In? What to watch, what to eat, and where to shop from home
OR
Heading
Out? What you need to know to stay safe when heading out