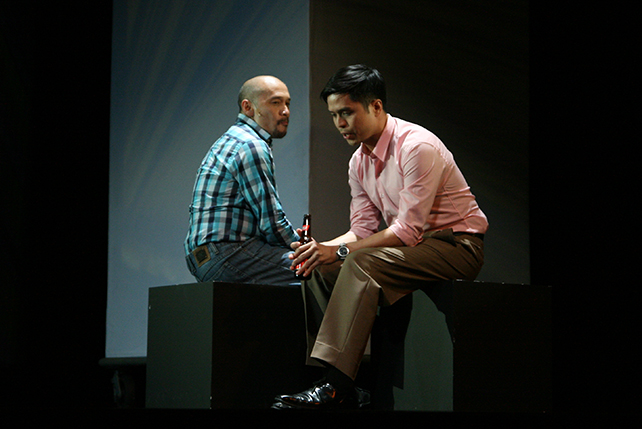 This is why people write. 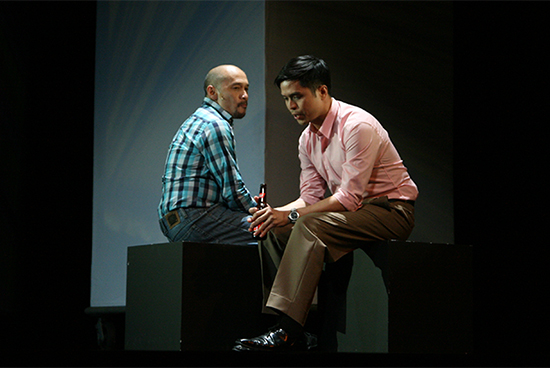 (SPOT.ph) This is not really a review. At this point, it would be severely unfair if we judged The Normal Heart as anything else but a landmark—a piece of history on which we should all reflect. It is almost imperative that we all watch this play, because between the time that this was written and now, there hasn’t been enough change. 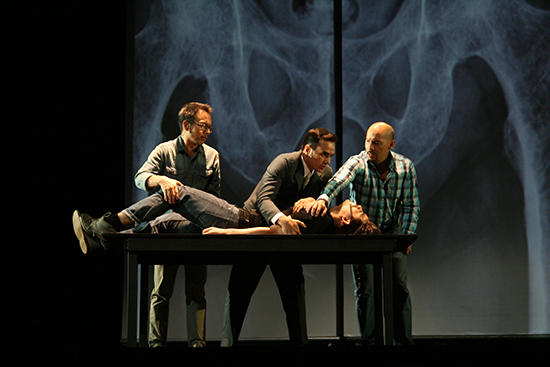 If you're a fan of the movie, watching the original script acted out onstage—though relatively more minimalistic than the HBO adaptation—packs an even stronger punch.

As the statistics about HIV/AIDS were projected on the stage after the last scene was performed and the actors stood with rather dramatic lighting, our tear-stained faces took on a more concerned expression. We seemed to have learned very little from the events that transpired when the virus first spread. History, as the adage would have it, seems to be repeating itself.

The Normal Heart, as you might’ve surmised, is about AIDS. It’s about the epidemic, homosexuality, apathy, and a host of other feelings. It’s about family, equality, economics, political agenda, and love. Larry Kramer (and the character based on him, Ned Weeks, played by director Bart Guingona) is a passionate man and replicating his intensity seems to be a Herculean task. Mostly because sometimes we have more luck shaking off dust from the walls through the sheer power of a scream than making people open themselves up to a different perspective through reason. The walls listen. Words are sometimes lost on people.

There’s no one to blame for that. Each of us is human and we tend to get stuck on the strangest things, e.g., mistakes that happen during the opening night of a play. How much do little details really take away from the thesis of a play, especially one as important as this?

Ned Weeks suffered through that human flaw. He’s a man desperate to help, rendered helpless by his inability to be polite. All the good that he wanted was wasted, because he was trying to do things the “wrong” way. But what is right?

After he was kicked out of the Gay Men’s Health Crisis (a group he helped found to counter the HIV/AIDS epidemic), the members continued to provide service to those in need. Obviously, AIDS hasn’t been eradicated and neither has the stigma that goes with it. A representative from Pinoy Plus, an HIV/AIDS positive support group in the Philippines, made this fact all too real and painful. 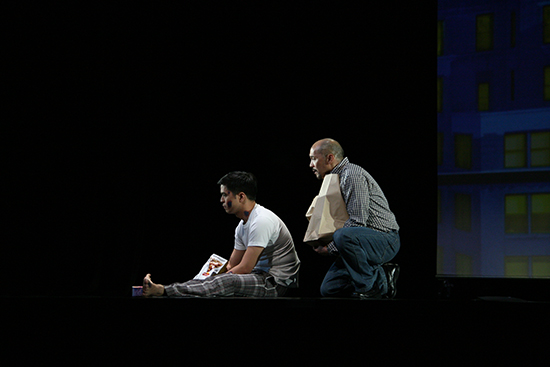 Topper Fabregas is a gem.

It would be a shame if reading certain truths about the play discourages you from watching it. It’s a beautiful story, with romance thrown in (with a spectacular performance from Topper Fabregas as Ned Weeks' lover Felix and a heartbreaking monologue delivered by Nor Domingo as Mickey Marcus). If you allow it, it can show you the very reason why art is important. Good art commands people to look and demands you to feel.

Watch The Normal Heart. Hear what it has to say. Judge it. Disagree with it. Talk about it. For God’s sake, just feel something. Care.

Also read: Let's talk about HIV/AIDS: 10 Reasons to Be Excited to See The Normal Heart

Theater The Normal Heart
Your Guide to Thriving in This Strange New World
Staying
In? What to watch, what to eat, and where to shop from home
OR
Heading
Out? What you need to know to stay safe when heading out