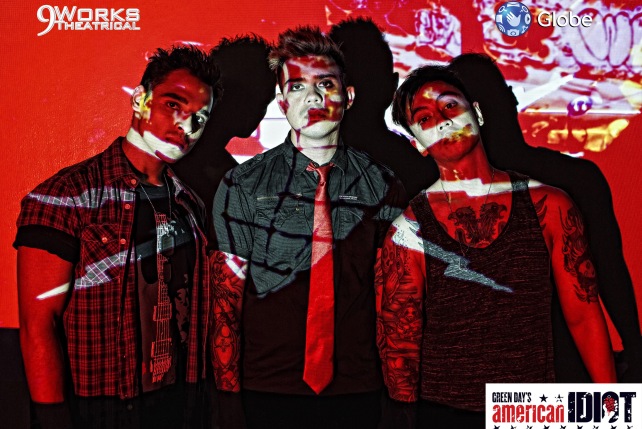 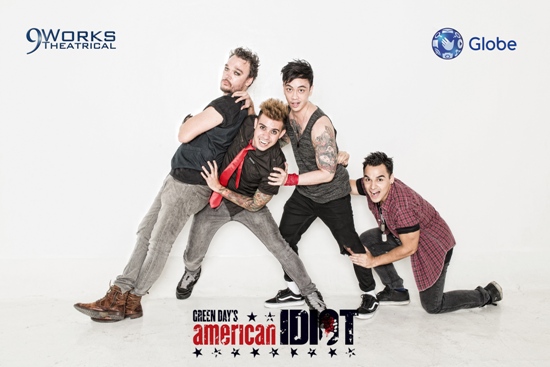 (SPOT.ph) "Wake me up when September ends," a song by American rock band Green Day, didn't only top the charts in 2005, it also became a viral meme for those who want to sleep until...well, September ends. This, along with 16 other Green Day songs, is the backbone of upcoming rock musical American Idiot, which is set to open on June 24 at the newly built Iconic Store at the Bonifacio Global City Amphitheater.

When asked how the rock opera would be relatable to those unfamiliar with the band, director Robbie Guevara confessed in a press conference on May 24, "I wasn't a Green Day fan." He explained that playwright Michael Mayer and Green Day frontman Billie Joe Armstrong have done a great job in weaving together all the content-rich songs so viewers who don't know the music by heart could still follow the storyline.

Set in post-9/11 United States, American Idiot follows the journey of three young men as they face the harsh realities of the world around them. The story deals with issues like love, teen pregnancy, war, drugs, and loss. The musical is set to the riveting music of Green Day that depicts a profound understanding of the pains and frustrations of today’s youth.

Despite the foreign setting, executive producer Joe Caliro pointed out that the moral message of the show is very appropriate today and is relevant to the Philippines. The struggle of the youth with their identity and dreams is a universal conflict, he explained. 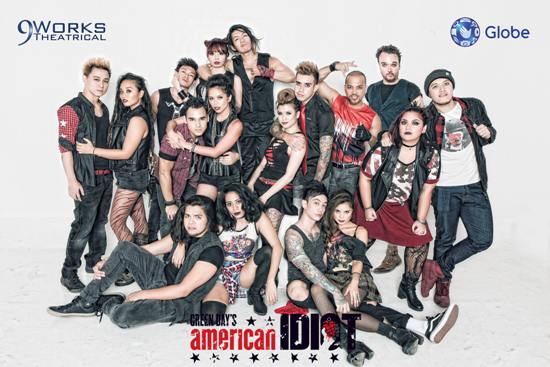 American Idiot is produced by 9 Works Theatrical and Globe Telecom. It will have a total of nine evening shows from June 24 to July 10 at the Globe Iconic Store, Bonifacio High Street Amphitheater, Bonifacio Global City. Tickets are priced at P2,090, available through Ticketworld.

American Idiot Green Day Musical Theater
Your Guide to Thriving in This Strange New World
Staying
In? What to watch, what to eat, and where to shop from home
OR
Heading
Out? What you need to know to stay safe when heading out