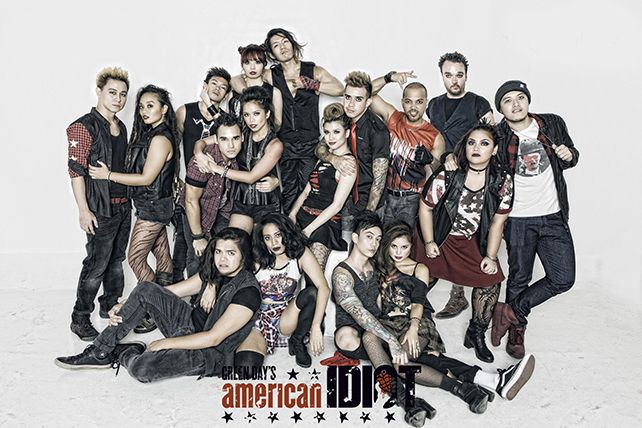 9 Works Theatrical's latest show is not your typical theater production. 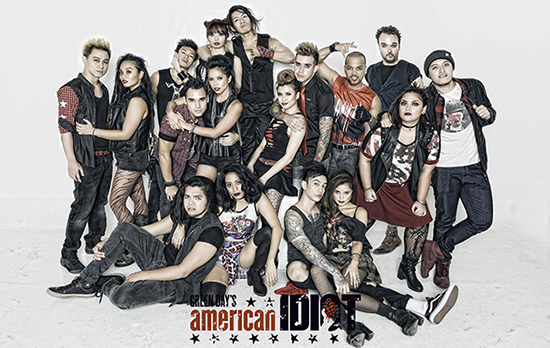 (SPOT.ph) The Broadway hit American Idiot opens tonight, June 24, at the new Globe Iconic Store in Bonifacio Global City. We got a sneak peak during last night's technical dress rehearsal and we're sharing some tips on how to have the "time of your life" while watching it.

Director Robbie Guevara mentioned during the press conference for American Idiot that the musical has very few speaking lines, and he wasn't kidding. The bulk of the show is made up of 17 Green Day songs.

It was in 2004 when the band released their concept album titled American Idiot. It's a punk-rock opera in itself as the tracks are weaved into the cohesive narrative of Jesus of Suburbia, the adolescent anti-hero and voice of the American generation that came of age during the all-out war in Iraq. Now, put the music on full blast and put Jesus of Suburbia onstage as Johnny (Jason Fernandez), and you have the American Idiot musical. Listening closely to the lyrics prior to the show would make things a whole lot clearer.

The Philippine premiere of American Idiot is also the launch of the Globe Iconic Store as an entertainment venue. It's an open-air stage right in the middle of the Bonifacio High Street Amphitheater. Since it's an outdoor theater, the set-up doesn't really provide the same acoustics as an indoor one. The sound's better for those who sit in the back, though you'll need to pray no one too tall sits in front of you because the seats aren't elevated. 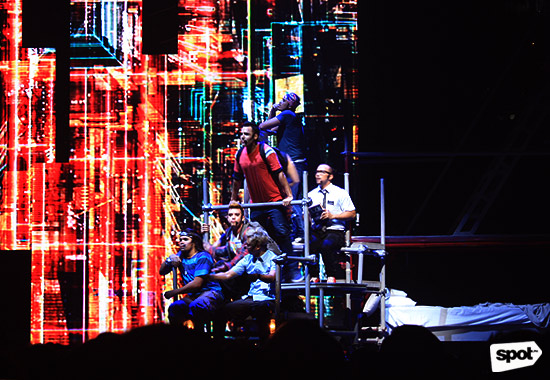 Keep the phones and tablets away.

...as much as you can, at least. The backdrop uses a lot of bright, colorful lights and changes frequently, which makes it Instagram-worthy. But remember: this is still theater, so it's rude to raise your phone too high to take a photo and block the view of the person behind you.

Forget what you know about musicals or theater.

American Idiot is a different experience altogether. It's almost like watching a concert.

Sing along and enjoy.

It's hard for Green Day fans to not mouth the lyrics to "Boulevard of Broken Dreams" with the lead characters Johnny, Tunny (Nel Gomez), and Whatsername (Yanah Laurel); "Too Much Too Soon" with Will (Miggy Chavez) and Heather (Alex Godinez); and "Good Riddance (Time of Your Life)" with the whole cast.

American Idiot is produced by 9 Works Theatrical and Globe Telecom. It will have a total of nine evening shows from June 24 to July 10 at the Globe Iconic Store, Bonifacio High Street Amphitheater, Bonifacio Global City. Tickets are priced at P2,090, available through Ticketworld.