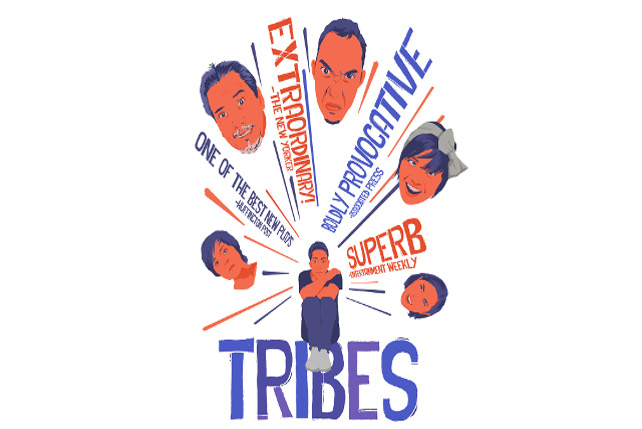 Here's why we all need to see Tribes

Red Turnip Theater opens their new season with something we've never seen before. 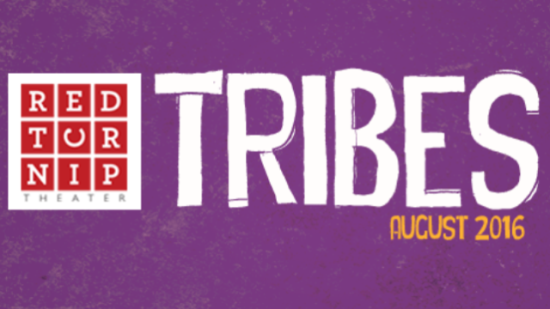 (SPOT.ph) Red Turnip Theater kicks off its fourth season with offbeat love story Tribes. It premieres on August 5 at the Power Mac Center Spotlight theater in Circuit Makati. We heard it's going to be subtitled, and we're excited to see how the young theater company will pull it off. We have five other reasons, too.

Tribes is written by a female playwright, a first in the Red Turnip roster.

Nina Raine, the great mind behind Tribes, is an English director and playwright. She is the daughter of critic and poet Craig Raine, one of the proponents of what they call "Martian poetry." Her debut play Rabbit, which she wrote and directed, premiered at the Old Red Lion Pub and Theater in London in 2006.

It's an award-winning play. 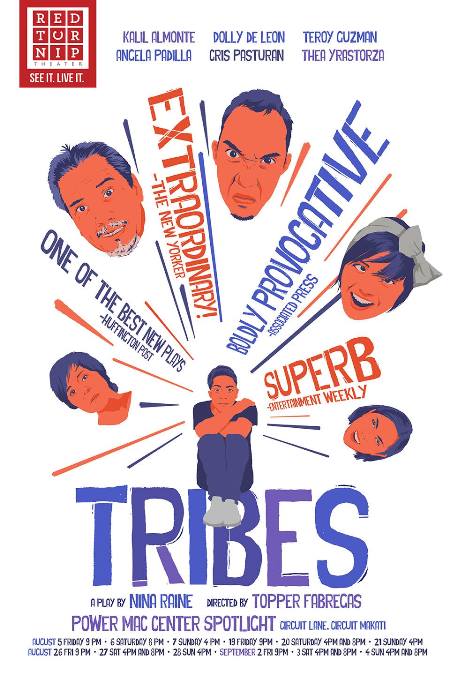 Tribes tackles the subject of deafness in a totally different, and very interesting, way.

Tribes is the story of Billy, the only deaf member of a loving yet comically dysfunctional British-Jewish family living in London. His world opens up when he encounters Sylvia, a young woman who has grown up as the only hearing member of a deaf family. He quickly realizes how sheltered from the deaf world he has been, and how, in his family's attempt to avoid making him feel like an “other,” they have actually made it impossible for him to take pride in his deafness.

Some shows will be subtitled.

“Those shows will be fully subtitled,” says Tribes director Topper Fabregas, “In addition to that, we’re also excited to see how there may be added or other nuances to the actors’ performances with them knowing they’re playing to a deaf audience.” Though the play originated from the U.K., Fabregas explained that it's "going to be Pinoy." They're using Filipino sign language in scenes where sign is used. The cast is currently learning how to sign from De La Salle-College of Saint Benilde's John Xandre Baliza.

It stars a formidable cast.

Also read: 10 Plays and Musicals to Watch in Manila