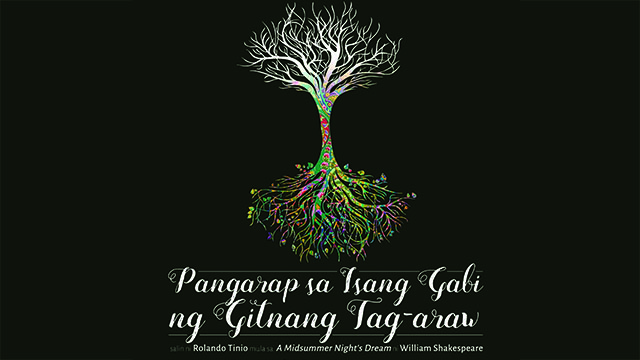 The play opens on September 30. 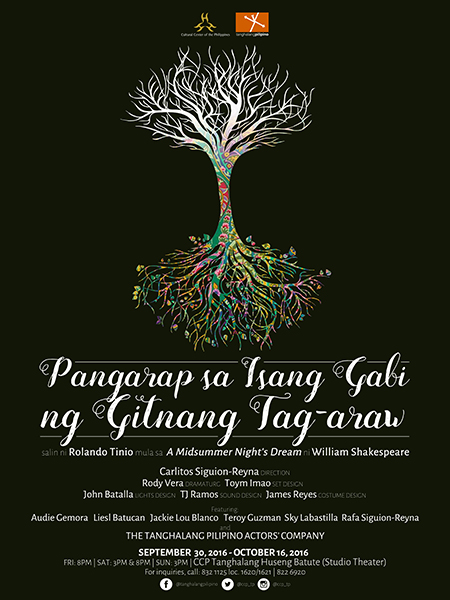 (SPOT.ph) William Shakespeare's A Midsummer Night's Dream, a comedy written in the 1590s, is widely performed across the world and is the subject of many literary, musical, TV, and movie adaptations. It is also one of the great poet's most controversial works as it portrays the events surrounding the marriage of Theseus, duke of Athens, to Hippolyta, queen of the Amazons.

The unique version highlights the juxtaposition of two worlds—the glorious Athens and the enchanting forest. The comparison also brings out the rigidity in the home of the gods and the freedom and unbridled passions in the home of the mystical creatures. “Watch Pangarap and experience virtual love, rejection, and emotional transformation as a good human being”, says Nanding Josef, Artistic Director of the local theater group.