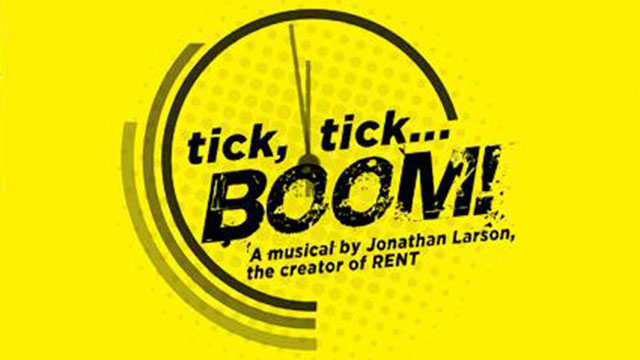 Especially if you're a Rent fan! 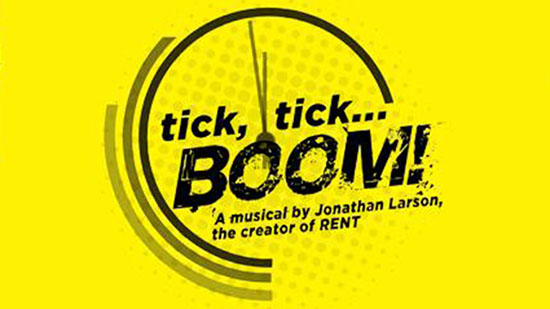 Here are 10 reasons why we can’t wait for tick, tick… BOOM!’s Manila run this October. 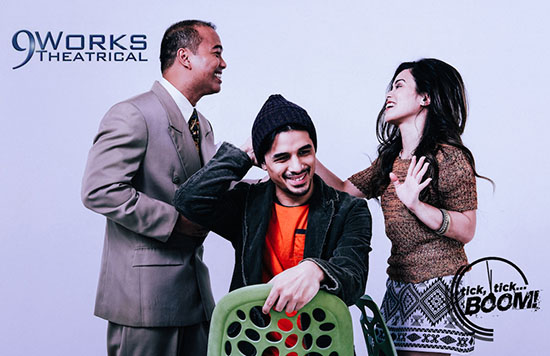 It pays homage to Jonathan Larson.

Before he penned the Pulitzer and Tony Award-winning musical Rent, Jonathan Larson wrote tick, tick… BOOM!, his autobiographical musical as a struggling artist. Larson had been trying to establish himself in the theater scene since the early ’80s, and after completing tick, tick… BOOM!, he performed it as a rock monologue in 1990. He finally fulfilled his dreams when his musical Rent was scheduled to premiere off-Broadway. On the morning of January 26, 1996, the first preview show of Rent, he was found dead in his apartment from an apparent case of undiagnosed Marfan syndrome. Rent went on to become a smash hit, while tick, tick… BOOM! was revised and revamped by playwright David Auburn in 1996. Speaking of Rent…

tick, tick… BOOM! has a Rent feel to it.

If you’re a fan of the musical that gave us hits such as “Seasons of Love,” then you may find yourself saying, “Hey, this song sounds like it could have been part of Rent,” when watching tick, tick… BOOM! While both plays have similar undertones, tick, tick… BOOM! isn’t a glitzy production and features only three main actors. “I actually like the songs here better than Rent,” Director Robbie Guevara told SPOT.ph. “I think it has more heart. Some are funnier, some are cornier.” 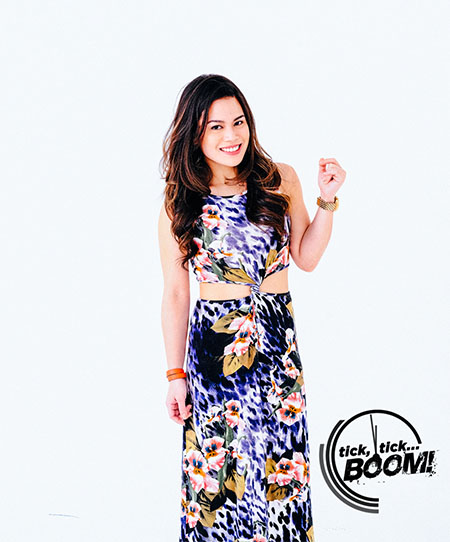 Tanya Manalang is back.

Fresh from her two-year stint as Kim alternate in London’s Miss Saigon and after playing Aileen in the last season of Rak of Aegis, Tanya Manalang now plays the role of Susan, girlfriend of Jonathan. At the press conference of tick, tick… BOOM!, she shared that this is an adjustment for her as the play has a more intimate setting and doesn’t have a big cast or flashy numbers. But Director Robbie Guevara believes she can pull it off. “She’s one of the best Kims I’ve seen,” he told the press. 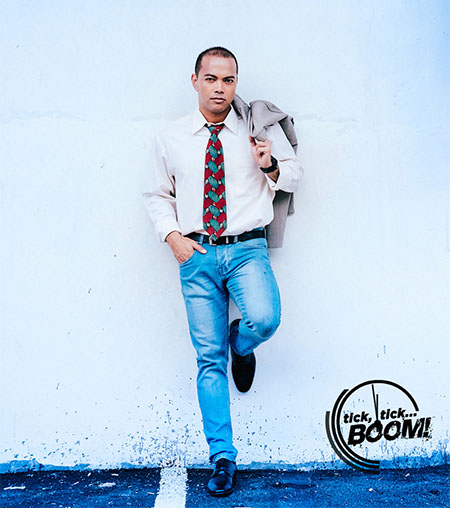 Ariel Reonal plays the opposite of himself.

His character Michael is a marketing research executive, a once aspiring actor who chose the more stable corporate world. He is trying to convince his best friend Jonathan to do the same. In real life, Reonal successfully pursued his passion for theater, despite the struggles and being told to choose a more “regular job.” It would be interesting to see how this Miss Saigon alum breathes life into a character who gave up on his acting dreams. 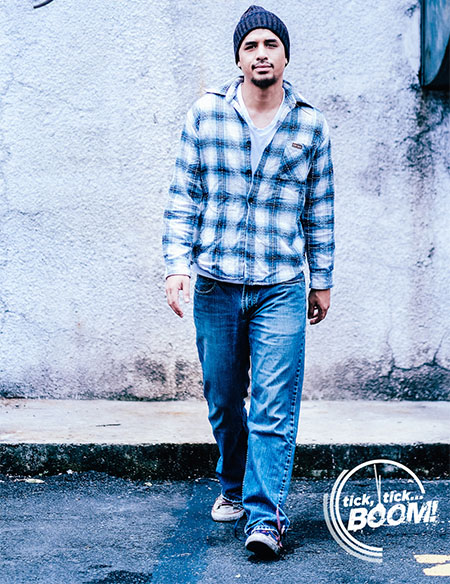 After winning the 2015 Gawad Buhay Best Actor award for This Is Our Youth, Jef Flores continues to shine in the theater scene. He landed the role of Jonathan, who, on the eve of his 30th birthday, finds himself struggling between pursuing his passion in performing arts and giving it up for a more stable job.

The struggling creative will relate to this play.

You don’t even have to be a stereotype millennial. Whether you’re a 20-something or 40-something who’s still itching to pursue the arts, you will laugh (or cry) when you see Jon figuring out what to do with his life. His best friend Michael wants him to ditch his artistic plans for corporate America, while his girlfriend Susan wants him to move in with her to Cape Cod, raise a family, and pursue a different career. But aspiring composer Jonathan doesn’t want to abandon his musical dreams that easily. 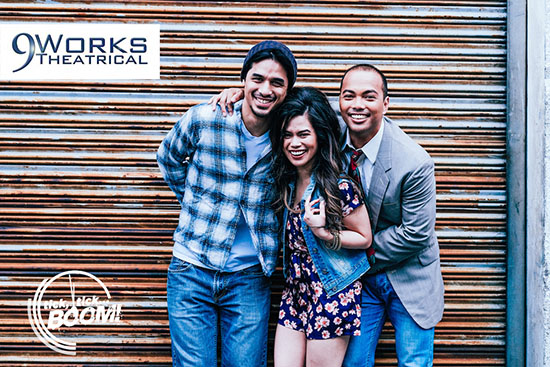 Because we’re obsessed with all things throwback, we can’t wait to see how scenographer Mio Infante and stylist Mickey Hirai will inject elements of the early to mid-'90s into the scenes.

If you’re having a life crisis, this musical’s for you.

Jonathan finds himself in a combination of an extended quarter-life crisis and artist anxiety. If you’re also torn between the arts and a more secure corporate job, this may help you decide which path to take. And if you’ve already surpassed that stage, this may make you question if you made the right decision. 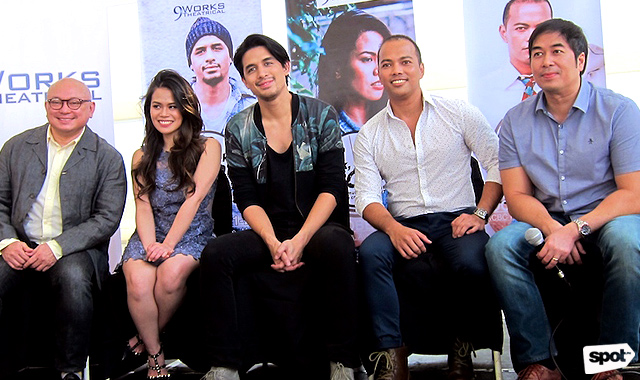 It shows that not everyone who ditches the arts is unhappy.

Some of Jonathan’s friends who have chosen more stable careers are actually happy with their decision. “His friends who all moved to the city to act or to dance found other jobs. And they’re happy...It’s not as simple as, ‘You sold out.’ There are other roads to happiness,” Hamilton star Lin-Manuel Miranda said at the press preview of tick, tick… BOOM! in 2014.

The songs are filled with hugot.

From “Therapy,” which mimics the typical lovers’ spat to “Louder Than Words,” which questions one’s life choices, tick, tick… BOOM!’s lyric sheets will get you tweeting and captioning your Instagram posts with #LarsonHugots.

Tick Tick Boom Rent Theater Play
Your Guide to Thriving in This Strange New World
Staying
In? What to watch, what to eat, and where to shop from home
OR
Heading
Out? What you need to know to stay safe when heading out