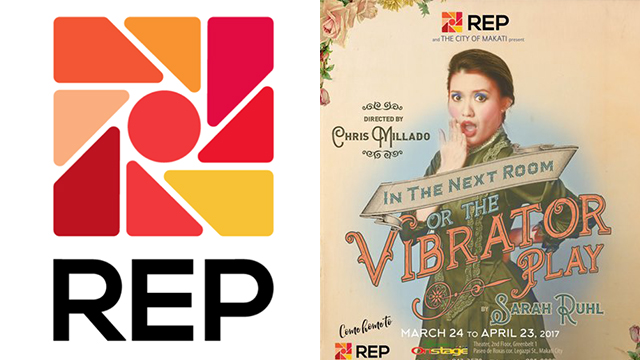 See a tale as old as time, the history of vibrators + more in Rep's 50th year

Repertory Philippines is celebrating their anniversary with a must-see line-up of shows! 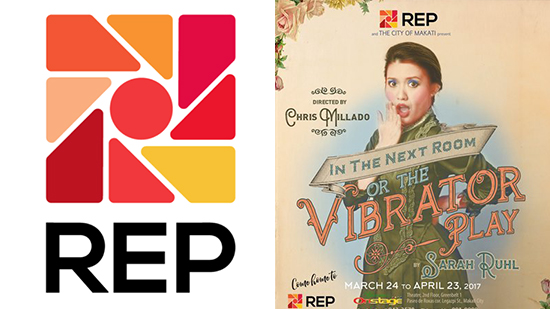 (SPOT.ph) Lea Salonga, Monique Wilson, and Menchu Lauchengco-Yulo are just some of the big names in the theater industry that Repertory Philippines has produced. The theater company has also become the breeding ground of highly acclaimed directors, writers, set designers, costume designers, and more. In celebration of its 50th anniversary in June 2017, members of Repertory Philippines—or REPpers as they are fondly called—are invited to come together for its new season.

“You who have been part of Rep may have gone on to spread your passion and talent to other companies, different countries and areas of performance, but at heart, you will always be a REPper,” Repertory Philippines President Mindy Perez-Rubio said during the kick-off party of the company’s golden year on October 17. “We want to welcome you back to where it all started. On our 50th year, let’s all Come Home to Rep,” she continued, unveiling a new logo with their nickname.

Rep proudly presents its 50th gala production, a musical extravaganza that highlights the company's 50 years of history, written by Luna Inocian and Bart Guingona. The show runs from June 10 to 11, 2017 at The Theatre at Solaire, Solaire Resort and Casino.

Don’t forget to mark your calendars for the following productions. 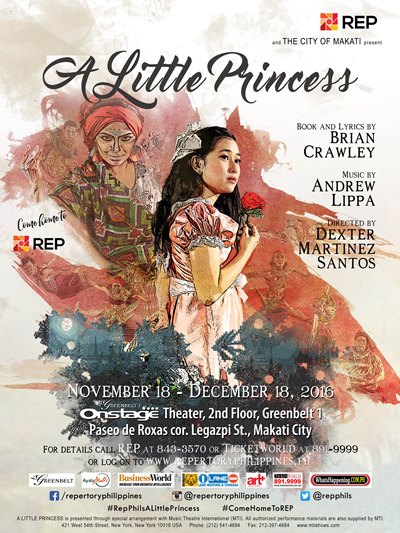 If you grew up in the '90s, you may be familiar with the Filipino film adaptation Sarah, ang Munting Prinsesa starring Camille Prats or even the dubbed anime series. The year-end musical production of A Little Princess is a completely different experience as it ends the company's 2016 season. The well-loved musical written by Brian Crawley with music by Andrew Lippa is directed by Dexter Santos.

A Little Princess runs from November 18 to December 18. Tickets (priced at P600 to P1,200) are available at Ticketworld. 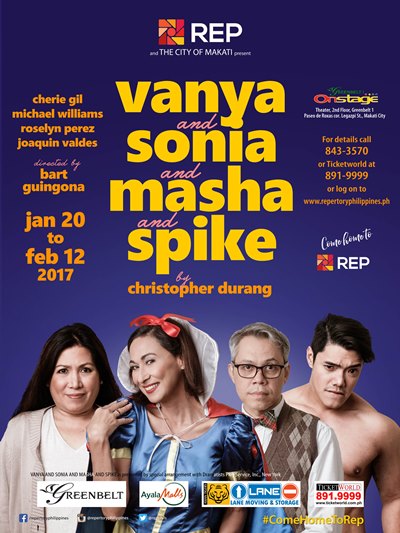 Cherie Gil, Michael Williams, Roselyn Perez, and Joaquin Valdes come together in this comedy play written by Christopher Durang. It follows the relationships of three middle-aged siblings—Vanya, Sonia, and Spike—and how their lives take a turn when Masha comes over to their childhood home for a visit. Bart Guingona is at the helm of the production. 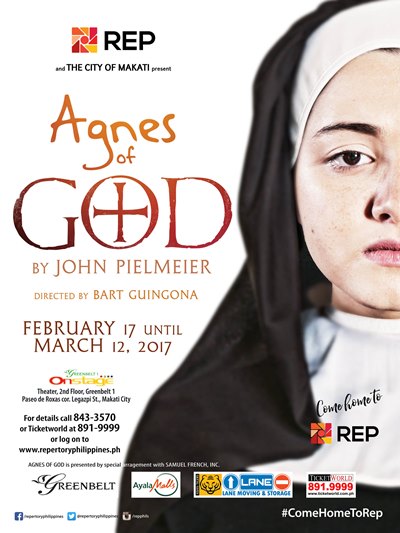 This play by John Pielmeir tells the story of Sister Agnes, a novice nun who later gives birth. She insists that it was an immaculate conception. Agnes of God is directed by Bart Guingona. 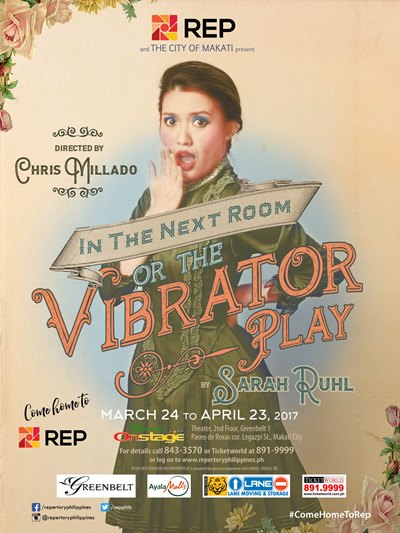 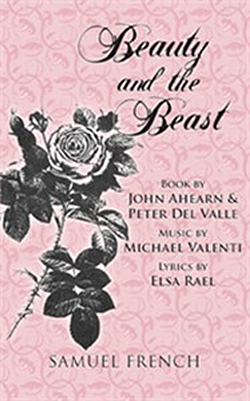 After a successful run in 2004, Repertory Philippines brings back Beauty and the Beast for its Children's Theater production in 2017. Written by Peter del Valle and John Ahearn with music by Michael Valenti and lyrics by Elsa Rael, this musical follows a story we're already too familiar with. Cursed by a wicked enchantress, Prince Adam turns into a hideous beast and will only be freed when he learns to love and be loved in return. A beautiful village girl enters a mysterious castle and gets to know the cold-hearted Beast. It is directed by Joy Virata.

Makati Greenbelt Onstage Theater Musical Theater Rep Repertory Philippines
Your Guide to Thriving in This Strange New World
Staying
In? What to watch, what to eat, and where to shop from home
OR
Heading
Out? What you need to know to stay safe when heading out