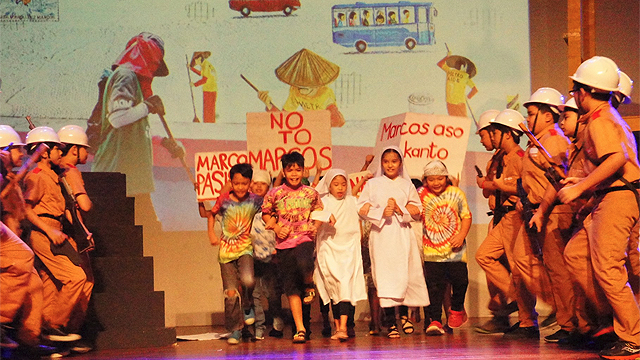 The rerun of Isang Harding Papel is on February 10.

(SPOT.ph) After Raya School's successful staging of Isang Harding Papel in October 2016, the play is set to have another one-day run on February 10 at the AFP Theater in Camp General Emilio Aguinaldo, Quezon City. Not just any other school production, the musical teaches the young about the atrocities of the Martial Law period under late dictator Ferdinand Marcos. 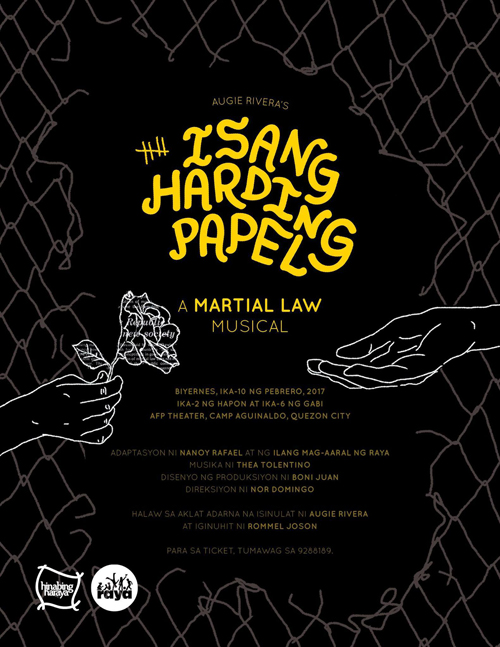 The story follows Jenny, who patiently waits for her mother—a political prisoner—to come home. It also reminds people of certain common but questionable things from that period, such as the nutribun, a supposedly nutritious bread made with ingredients donated by the U.S. usually given to public school children. Interspersed with Jenny's tale are children's stories with themes of greedy monsters overthrown through unity. Think of it as history lessons on the Marcos regime and People Power Revolution, but for kids.

The musical is adapted from Augie Rivera's children's book of the same title published in 2014. It is written for the stage by award-winning writer Nanoy Rafael with original music by Thea Tolentino and direction by Nor Domingo. All students of the progressive school are part of the production, from the nursery students starring as cute nutribuns and colorful flowers to eighth graders who were also part of the scriptwriting process.

In an effort to increase awareness and spread knowledge about this dark period, teachers and students (elementary and junior high school) from public schools in Quezon City get free tickets to see the 2 p.m. show of Isang Harding Papel. There's also a 10% discount for bulk purchases of five tickets or more.