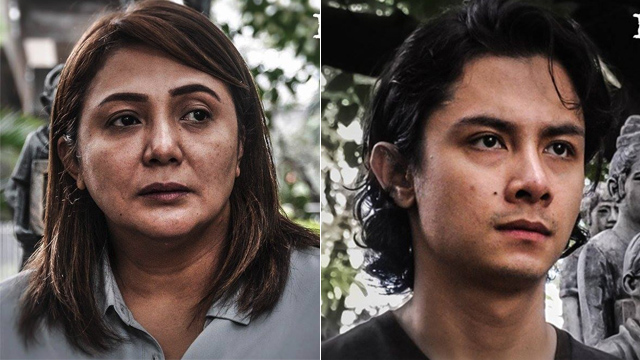 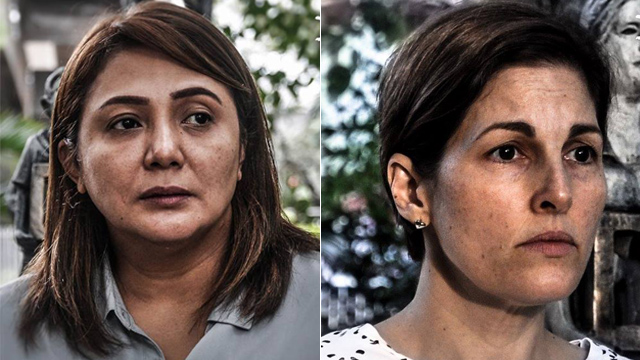 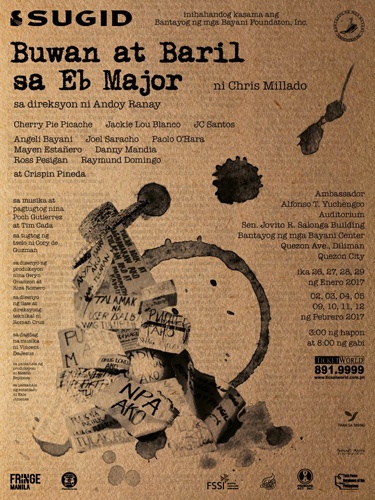 “We want to engage in the current discourse of human rights and Martial Law,” director Andoy Ranay said about the re-run in this time of extrajudicial killings and post-burial of Marcos at the Libingan ng mga Bayani. 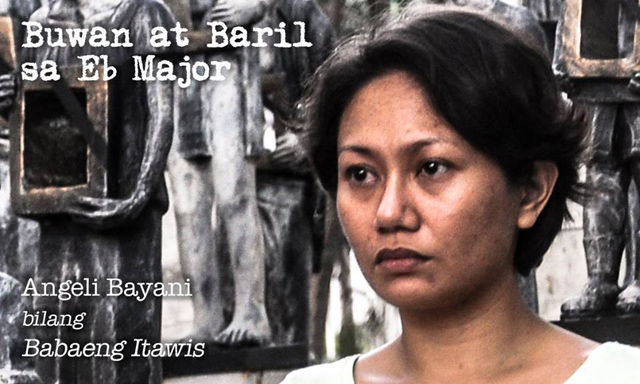 Buwan at Baril sa sa Eb Major also presents a star-studded cast. Cherry Pie Picache, known for her award-winning movies Foster Child and Bridal Shower, plays the role of a wife retrieving the body of her slain rebel husband. Jackielou Blanco's character is a socialite preparing to join a rally while Angeli Bayani essays the role of the Babaeng Itawis, a member of an indigenous tribe ravaged by military forces. 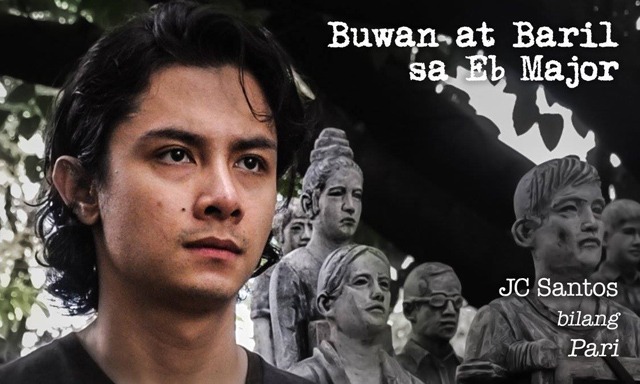 JC Santos, who has successfully crossed from theater to television after playing lead in the teleserye Till I Met You, comes back to the stage to play the role of a priest. Other members of the cast are Crispin Pineda as the Magsasaka; Danny Mandia and Mano Domingo alternate as the manggagawa; Ross Pesigan as the Estudyante interrogated by a police officer played by Joel Saracho alternating with Paolo O’Hara; and Jojit Lorenzo who alternates for Santos.