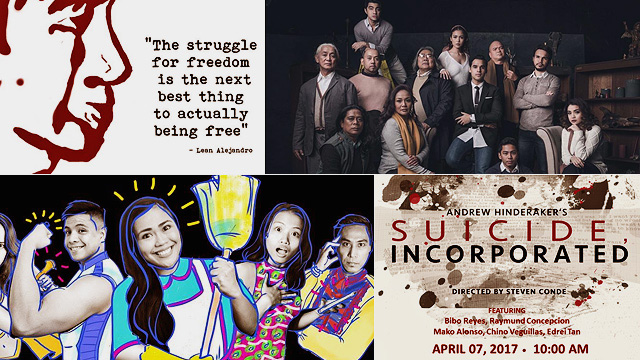 Theater in Manila: The Shows You Should Watch This April 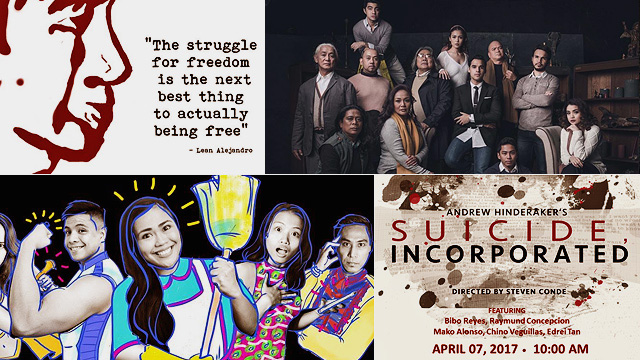 This April, we celebrate National Literature Month through a new take on the Filipino theatrical tradition of the Komedya, reflect on what Holy Week means for us through Negros Occidental's disturbing altar piece, and remind ourselves about the importance of taking a stand through the life story of a student activist.

Book your tickets now and immerse yourself in the wonders of theater this month. 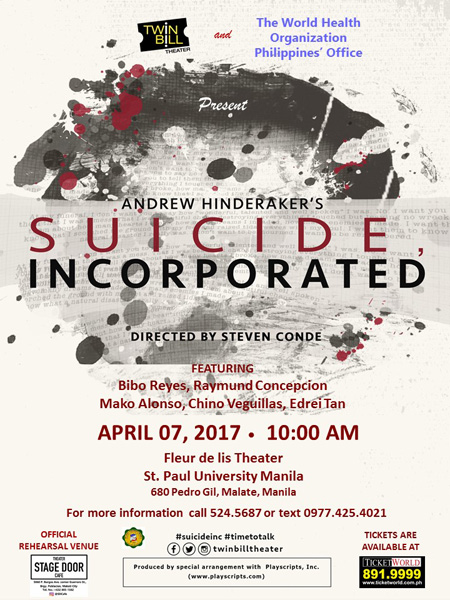 Twin Bill Theater's production of Suicide Incorporated, a play by Andrew Hinderaker, has been touring schools to raise awareness about mental health. It follows the story of Jason, a new hire at a company created to help those prone to suicidal thoughts. Employees are expected to write heart-wrenching suicide letters to be left to their loved ones by those who'll take their lives. But Jason is on a different mission. This production is directed by Steven Conde. 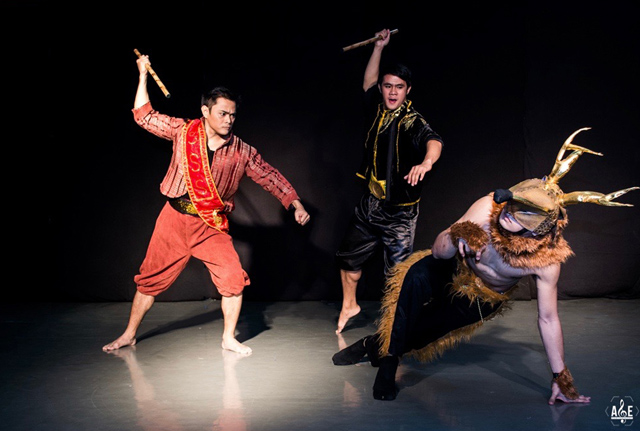 The Komedya (or Moro-moro to Tagalogs) is a Filipino theatrical tradition that traces its roots to the Spanish era. Putri Anak presents a contemporary production by drawing inspiration from San Dioniso Komedya's elements, Southeast Asian performance culture such as Indonesia's Tari Java and India's Bharata Natyam, and traditional Filipino music. Unlike the old Komedya in which clashes between Muslims and Christians are portrayed, Putri Anak presents a theater of peace and unity that’s free of religion-based discrimination and violence. 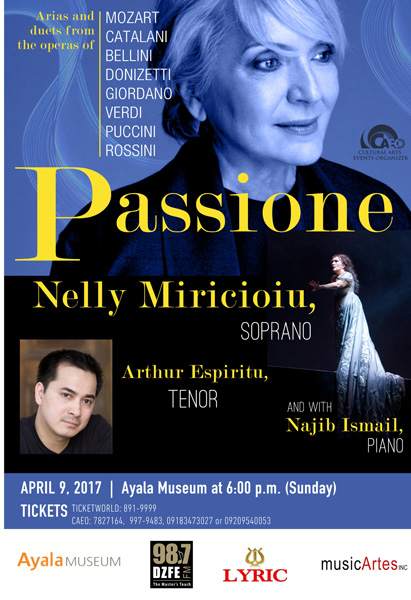 Romanian-British operatic soprano Nelly Miricioiu and the country's premier tenor Arthur Espiritu team up to perform arias and duets from the world's most-loved operas. Miricioiu is well-known for her roles in Giacomo Puccini’s Tosca, Giuseppe Verdi’s La Traviata, and Ottorino Respighi's La fiamma. What makes it more special is that it's a fundraising concert for the benefit of Young Artist Development Program of the Cultural Arts Event Organizer. 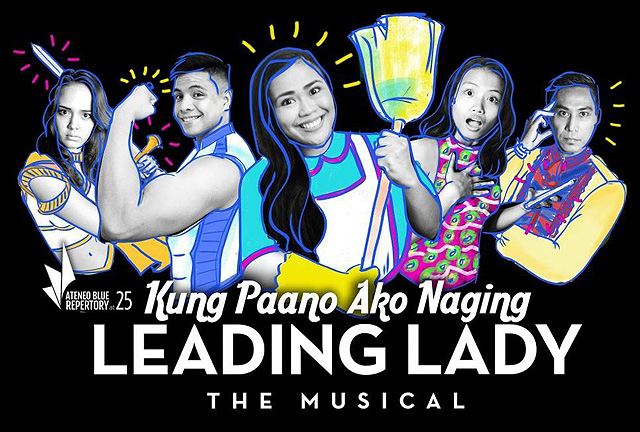 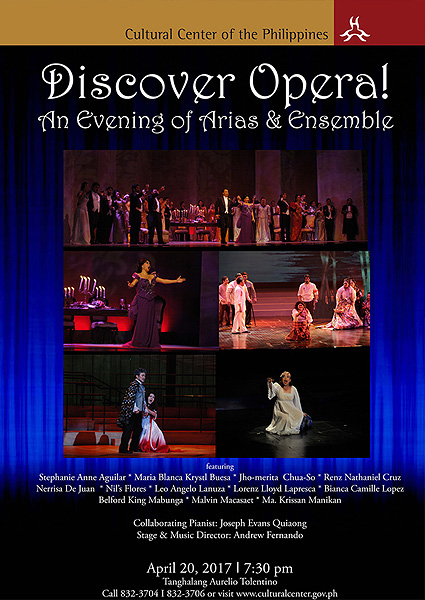 Discover Opera: An Evening of Arias and Ensemble

In an effort to promote and develop appreciation for opera in the country, the Cultural Center of the Philippines showcases a selection of well-loved operas including Wolfgang Amadeus Mozart's Cosi fan tutte and Marriage of Figaro, Giacomo Puccini's La Boheme, and Giuseppe Verdi's La Traviata. These pieces are to be sung by young soloists—Bianca Camille Lopez, Stephanie Aguilar, and more—proving that classical music is not just for the oldies.

Discover Opera: An Evening of Arias and Ensemble is on April 20, 7:30 p.m. at Tanghalang Aurelio Tolentino, Cultural Center of the Philippines, Roxas Boulevard, Pasay City. Tickets, priced at P200, are available through Ticketworld. 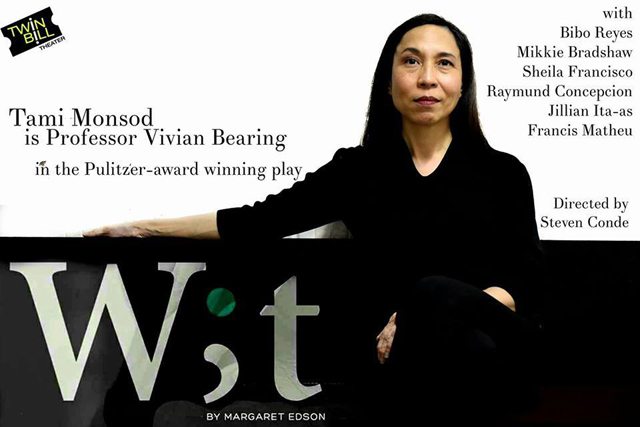 Wit (also written as W;t) stars Tami Monsod who plays Dr. Vivian Bearing, a PhD literature professor diagnosed with ovarian cancer. This one-act play by American playwright Margaret Edson weaves together the professor's passion for the metaphysical poetry of John Donne, her memories with her father who also loved books, and her reflections on life just before she takes her final breath. Rounding up the cast are Bibo Reyes, Mikkie Bradshaw, Raymund Concepcion, and Sheila Francisco.

Wit runs from April 20 to May 3 at Mandel Hall, Trinity University of Asia, E. Rodriguez Sr. Avenue, Quezon City. Tickets, priced from P800 to P1,000, are available through Ticketworld. 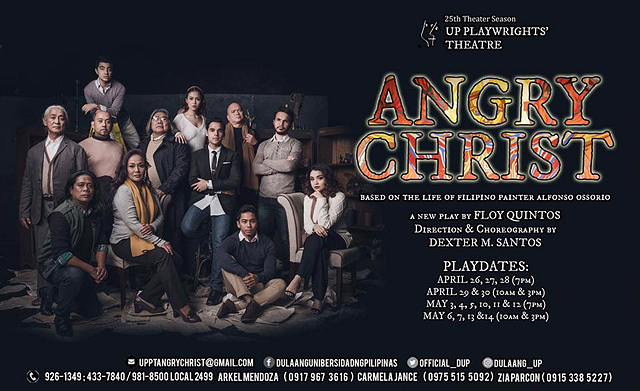 UP Playwrights' Theatre's Angry Christ is a new work by esteemed playwright Floy Quintos. It follows the journey of Filipino painter Alfonso Ossorio, popular for his mural of a fiery Christ on the walls of St. Joseph the Worker Parish Church in Victorias, Negros Occidental. The disturbing altar piece caused a scandal when it was unveiled in the 1950s. The play is under the direction of Dexter M. Santos. 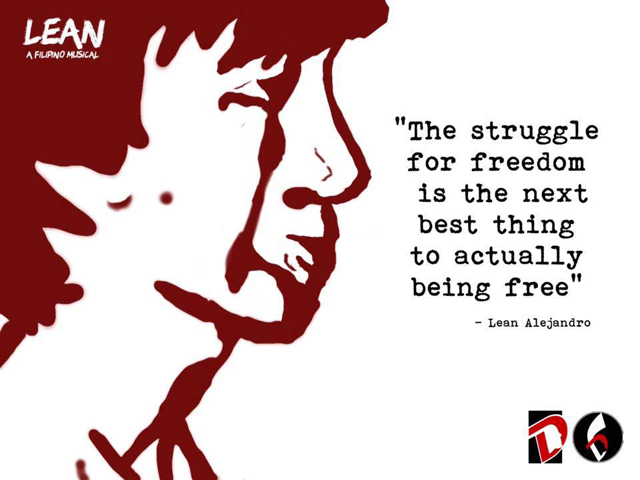 Lean, a musical written by Gary Granada, not only features the life of Iskolar ng Bayan Lean Alejandro but also reimagines the powerful cries of student activists at the height of the Marcos dictatorship. It was first staged in 1997, a decade after the UP student was assassinated at the age of 27.