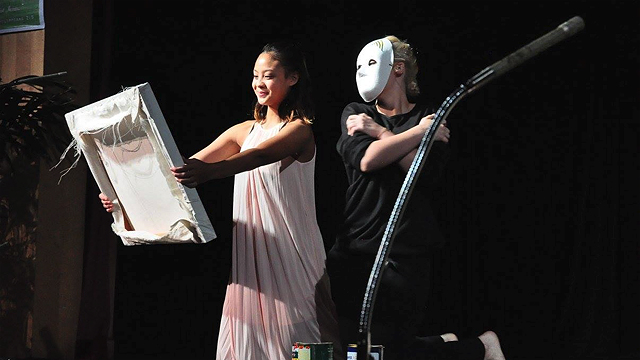 Catch Plays About Tinder, Uber, and Other 10-minute Stories at Circuit Makati

The "biggest little play festival in the world" comes back to Manila.

(SPOT.ph) Full-length plays aren't everyone's cup of tea. You have to sit through a two-hour show (or more if there's an intermission), avoid daydreaming in the middle of Act 1, and hold your bladder unless you want to miss an important scene. If this isn't your thing, then the biggest short play festival in the world may just be up your alley. Short + Sweet Theater Manila is slated to happen from September 15 to 30 with a gala night on October 1 at Power Mac Center Spotlight, Circuit Makati. 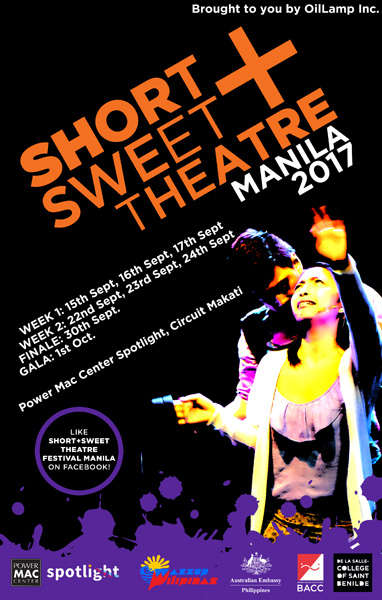 Short + Sweet, a festival of 10-minute plays, runs for the fourth time in Manila with a bigger and better roster. From last year's 30 short theater pieces, it amped up its game and selected more than 70 stories from different parts of the world—Philippines, Australia, United Kingdom, India, and the U.S.

This theatrical initiative began as a small festival in Sydney, Australia and slowly gained international attention through partners all over the world. It aims to be an avenue for local and foreign artists to present their bodies of while utilizing the actors and crew that Manila is already well known for.

“Short + Sweet Theater Manila is a communion. It is has broken the ice between various theatre individuals by bringing them all under one umbrella. It's a celebration and the synergy is simply beautiful,” says festival director Divya Rajan.

The festival dates and lineup of plays are as follows: 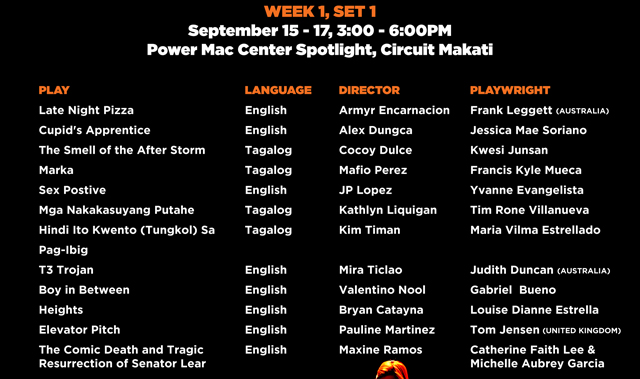 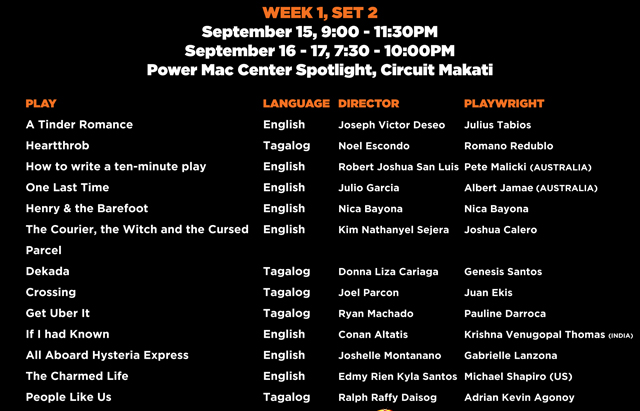 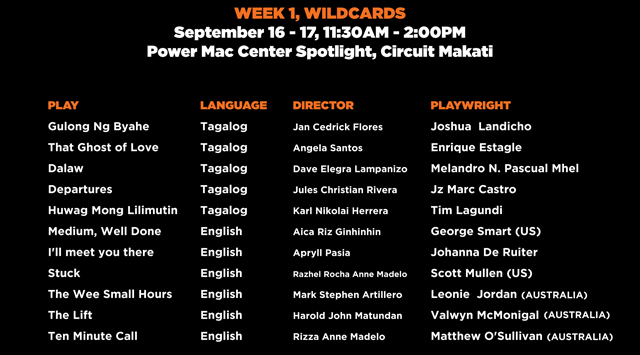 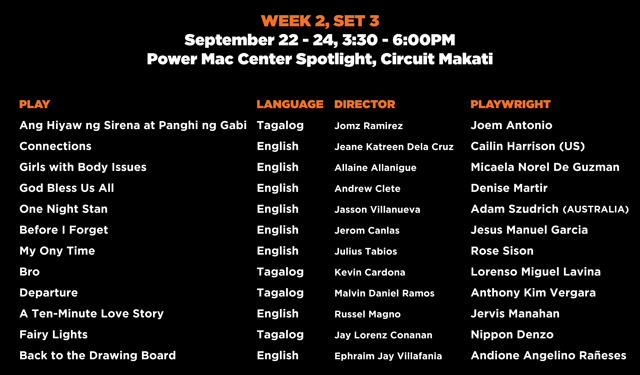 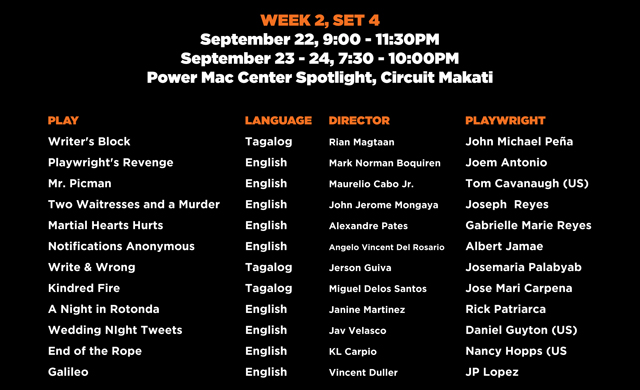 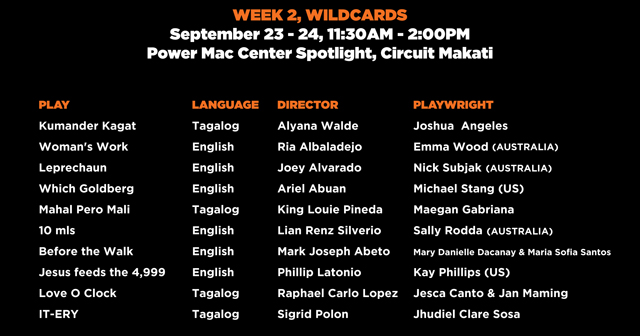 Makati Circuit Makati Theater Short Sweet Manila
Your Guide to Thriving in This Strange New World
Staying
In? What to watch, what to eat, and where to shop from home
OR
Heading
Out? What you need to know to stay safe when heading out