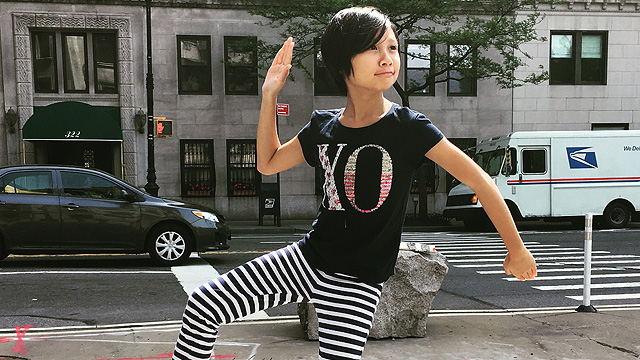 It opens on November 10.

(SPOT.ph) It looks like The Voice Kids finalist Telesa "Esang" de Torres, Lea Salonga's mentee who snagged the title role of Matilda, The Musical, isn't the only one who's making the Broadway star proud. Joining the main cast is her 11-year-old daughter, Nicole Chien.

For her stage debut, she plays the role of Lavender, one of Matilda's classmates, and it wasn't easy to get in despite her mom's track record in musical theater. Nearly 200 young girls went through several days of singing, acting, and dancing during the auditions in August, but only a few emerged victorious.

All that performing since the age of five definitely paid off. A singer herself, Chien once joined Lea Salonga in a concert called Playlist at the PICC Plenary Hall in January 2014. She's also a scholar at Kids Act Philippines, a professional theater company that offers acting workshops to children as young as three.

Matilda, The Musical runs from November 10 to December 10 at Meralco Theater, Ortigas Avenue corner Meralco Avenue, Ortigas Center, Pasig City. Tickets, priced from P1,500 to P4,000, are available through Ticketworld. The show is recommended for ages seven and up.