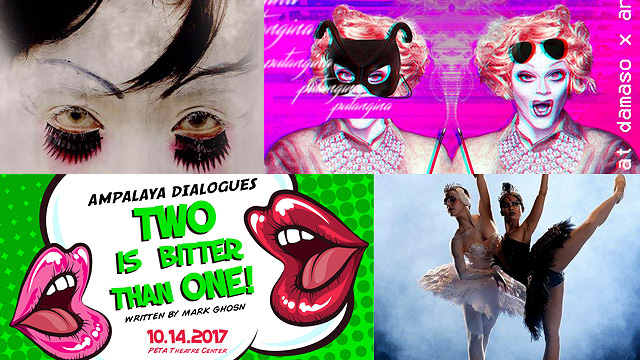 Theater in Manila: Shows to Watch This October

A movie-turned-musical, a retelling of the Mahabharata, and more.

(SPOT.ph) For the month of October, art imitates life—from a musical that presents the harsh realities of the urban jungle to a highly sexual play about a late dictator. There are also shows about but superimposed with a social context, as art should always be. Book your tickets now and stay #woke. 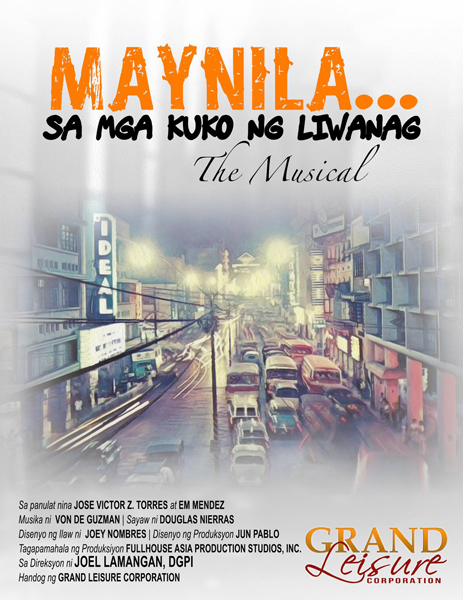 Based on the 1986 Filipino novel Sa Mga Kuko ng Liwanag by Edgardo M. Reyes and 1975 film Maynila   Kuko ng Liwanag directed by Lino Brocka, the theater adaptation follows Julio Madiaga. Hoping for a better life, he goes to Manila only to find out about the harsh realities of living in the urban jungle. Joel Lamangan directs the musical penned by Jose Victor Torres and Em and Von de Guzman for the music. 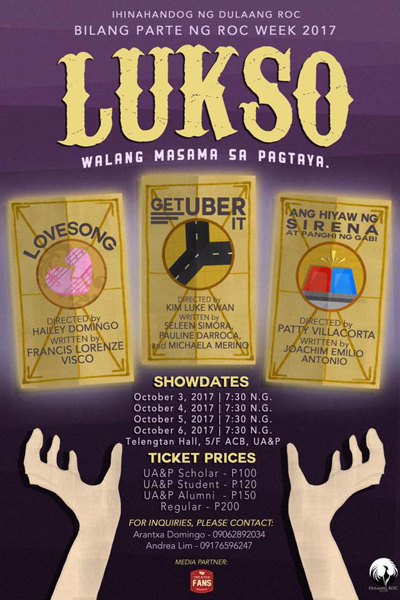 Lukso is a three-play production that revolves around the theme of taking risks. The first play Lovesong, written by Francis Visco, presents a story of love and friendship between Andi and Tony. Get Uber It, written by Seleen Simora, Pauline Darroca, and Michaela follows the story of Ponso who has to choose between law school and his girlfriend while in an Uberpool. Ang Hiyaw ng Sirena at ng Gabi, written by Joachim Emilio Antonio, shows the story of two young parents—Delia and Jayson—who try to provide for their family through crime. 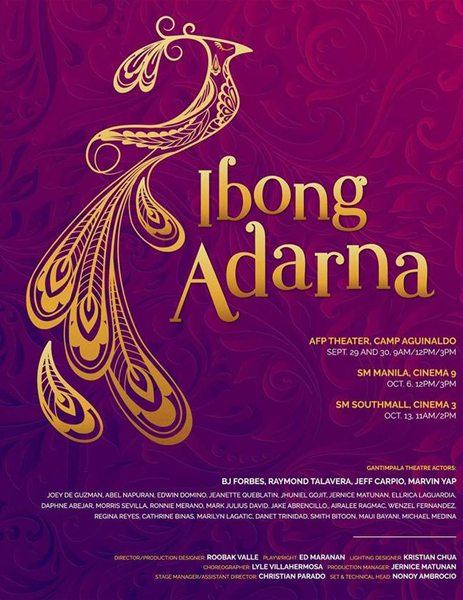 Playwright Ed Maranan and director Roobak Valle stage a retelling of the Filipino classic Ibong Adarna as part of Gantimpala Theater Foundation's 40th Season. It still follows the epic tale of the three brothers as they set out to capture the magical bird, but new verses, new characters, and a chorus of townspeople are added to make it "more visually and aurally appealing." The show features music and dance traditional to the Maranaos. 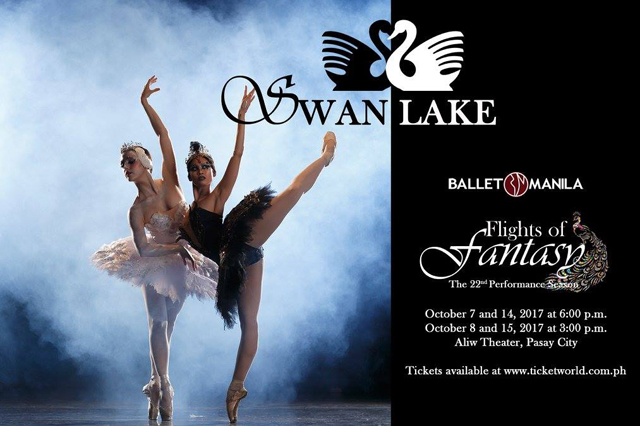 For most of us, Swan Lake is a familiar ballet performance that follows the changing and opposite personalities of Odette and Odile. This is also true for Ballet Manila CEO and Artistic Director Lisa Macuja-Elizalde, who saw it at the young age of 14. This restaging features a new generation of ballerinas and who all learned under the tutelage of the prima ballerina herself.

Swan Lake runs from October 7 to 15 at Aliw Theater, Cultural Center of the Philippines Complex, Vicente Sotto Street, Pasay City. Tickets, priced from P500 to P1,500, are available through Ticketworld. 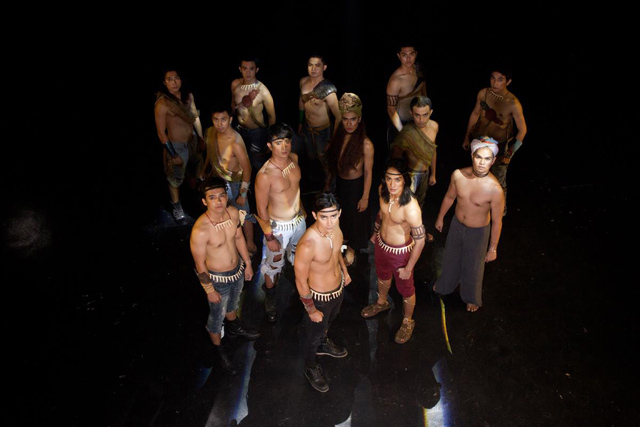 What would a Sanskrit drama feel like if it were set far into the future? Sakuntala: Ang Singsing ng Kapalaran is an interesting take on Kalidasa's Sanskrit play The Sign of Shakuntala, which is based on the story of Shakuntala told in the epic Mahabharata. Allan Palileo’s Philippine version is set in 2080, in a devastated Palawan where a young king named Dushyanta falls in love with the princess Sakuntala. The powerful god Durvases curses the two and makes Sakuntala lose the ring (as well as the fond memories) given to her by Dushyanta. 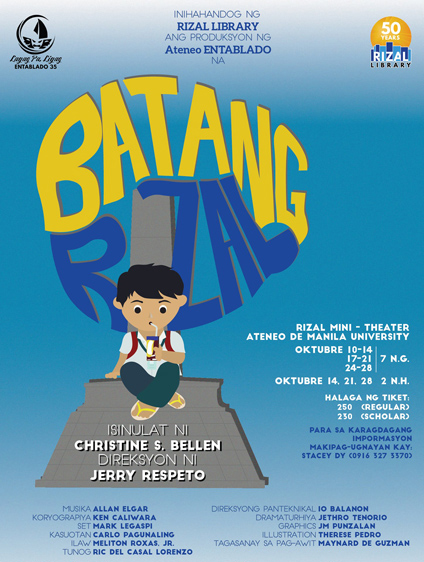 In Batang Rizal by Christine Bellen, Pepito meets Pepe—the young Rizal. They travel to each other's worlds through a magical and understand what it means to be a hero in their respective contexts. 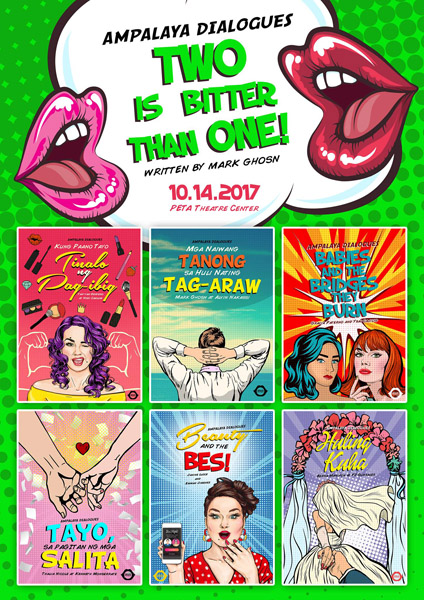 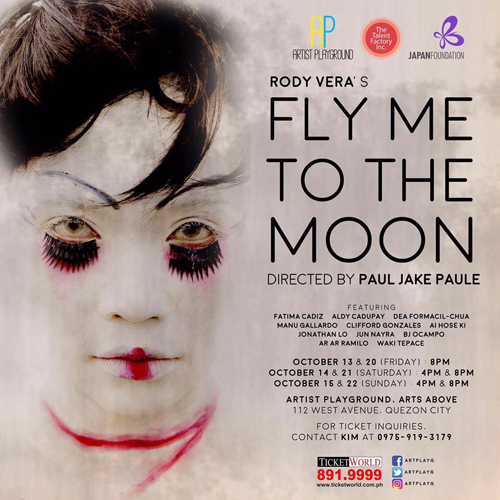 Fly Me to The Moon

Fly Me to The Moon, penned by Palanca Hall of Famer Rody Vera, follows Melanie as she embarks on a journey to Japan to help her family make ends meet. Aboard a ship filled with danger and sadness, she finds comfort in Karayuki-san who longs for her one true love, Ibrahim.

Fly Me to The Moon runs from October 13 to 22 at Artist Playground, Arts Above, 112 West Avenue, Quezon City. Tickets, priced at P600, are available through Ticketworld. 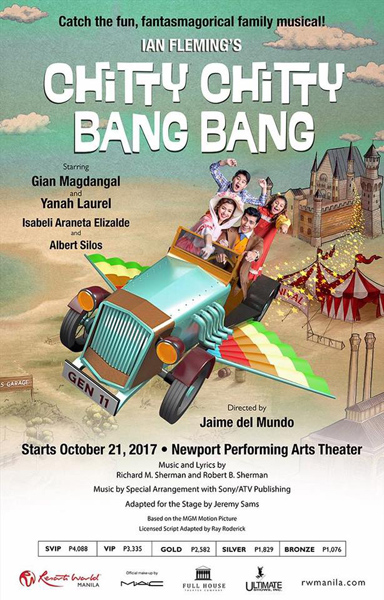 Chitty Chitty Bang Bang, first staged in the West End in 2002, is based on the 1968 film by Ken Hughes and 1964 novel by Ian Fleming. Set in 1910, it follows the "fantasmagorical" world of Caractacus Potts (Gian Magdangal), Truly Scrumptious (Yanah Laurel), the kids Jeremy (Noel Comia, Albert Silos), and Jemima (Isabeli Araneta-Elizalde, Zoey ), and their noisy but magical flying car, Chitty Chitty Bang Bang. 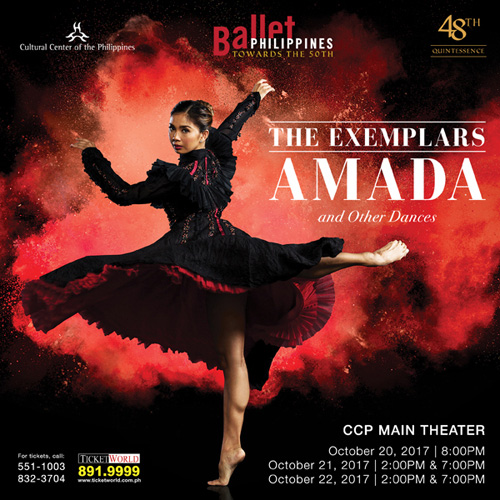 The Exemplars: Amada and Other Dances

The Exemplars restages Ballet Philippines' internationally acclaimed classics, including National Artist for Dance Alice Reyes' Amada, which is based on National Artist for Literature Nick Joaquin's Summer Solstice. It is set in 19th Century Manila, which is traditionally until a native festival called the Tadtarin shakes this status quo. Other featured works include Muñeca Aponte's Valse Fantasy, Gener Caringal's Ang Sultan, and Norman Walker's Songs of Wayfarer.

The Exemplars: Amada and Other Dances from October 20 to 22 at Tanghalang Nicanor Abelardo (CCP Main Theater), Cultural Center of the Philippines, Roxas Boulevard, Pasay City. Tickets, priced from P500 to P1,500, are available through Ticketworld. 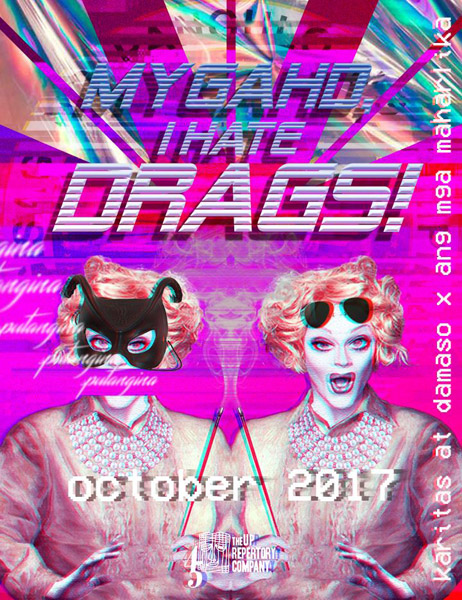 Mygahd, I Hate Drags is a production of Rogelio Braga’s Ang Mga Maharlika and U Z. Eliserio’s Karitas at Damaso. The former exposes Marcos' sexual relationship with Dovie Beams. The latter reveals the Catholic Church's system of feudalism and how it draws blind followers.

Mygahd, I Hate Drags runs from October 14 to 30 at the College of Architecture Amphitheater, University of the Philippines-Diliman, Quezon City. Tickets, priced at P300, are available through The UP Repertory Company's Facebook page.