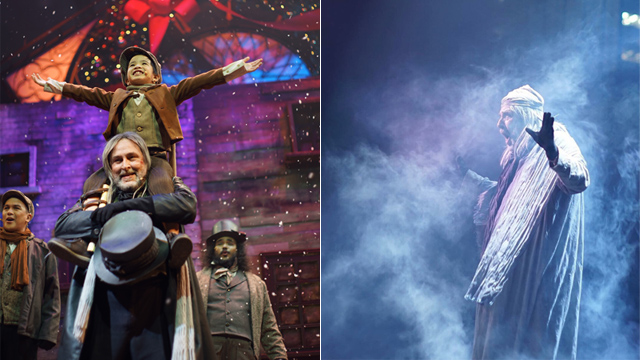 It has become a theater tradition at Bonifacio High Street.

(SPOT.ph) If you’re still not feeling the Christmas spirit, here’s a musical that will tug at your heartstrings—whether you’re a real-life Scrooge scoffing at our country’s current state of affairs or a wide-eyed Tim looking for the good in everyone.

After the success of last year’s A Christmas Carol, 9 Works Theatrical and Globe Live’s decision to run it again came easy. If you saw the 2016 version, don’t expect the exact same tricks. Director Robbie Guevara and executive producer Santi Santamaria turned things around. If the first installment was more Walt Disney, this year is a little more Tim Burton. 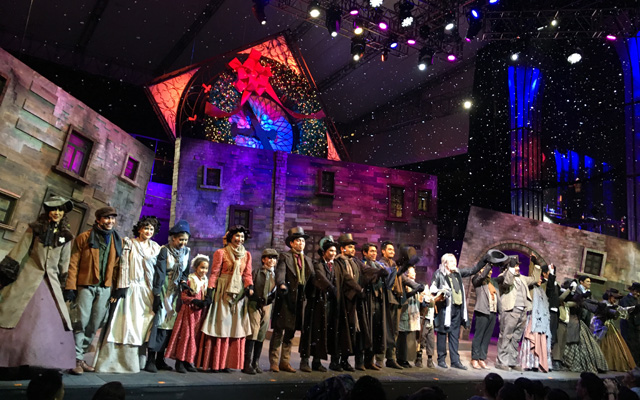 The difference starts with the set design. Last year, Mio Infante designed a festive multi-level stage with sections that crossed over to the audience area, where ticketholders found themselves in the thick of things. This time Ed Lacson tamed a little by creating a more intimate, centralized stage with a dark, asymmetrical backdrop that represents the original mood of the Charles Dickens classic.

The cast is a mix of old and new members, with choreographies completely different from the previous run. It seems like the aim of this production is not to overwhelm the audience with all the trimmings, but to draw them into the emotions of the characters, particularly Ebenezer Scrooge. 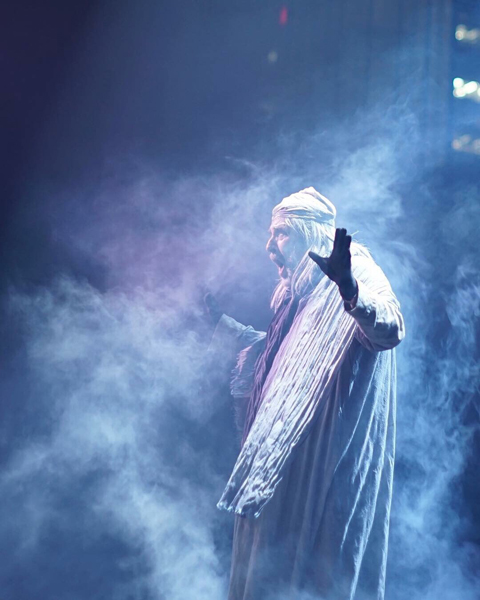 Seasoned thespian Miguel Faustmann has played Scrooge so many times throughout his career that we thought we knew exactly what to expect from him—the tried-and-tested formula of a caricature Scrooge.

We were taken aback by a completely different Scrooge this time—a pensive, forlorn old man. We were actually temped to approach our friends from the production team during the 10-minute break and ask, “Is Faustmann going through something in real life? We are worried something is really wrong off-stage.”

Turns out this was the new character approach! For those who have read the children’s book and watched the musical one too many times, Faustmann’s version of Scrooge will make you see the character in a new light. With his less flamboyant and more gut-wrenching Scrooge, you will learn to understand that he isn’t simply a bad man, but a sad man. Battered by decades of unresolved issues, his inner child has a deep yearning for love and acceptance. 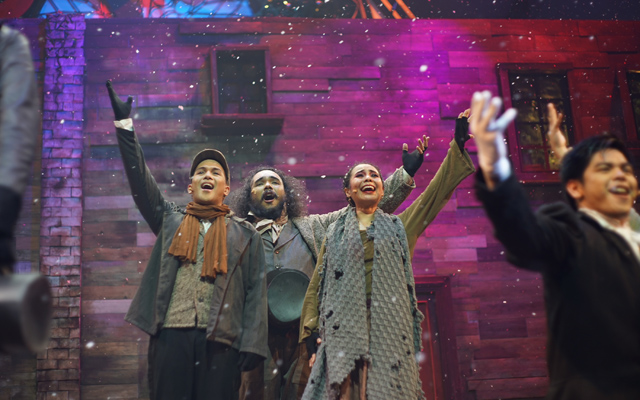 Look To Your Laurels

Among all the new cast members, we looked forward to seeing Franco Laurel, who marked this production as his return to theater after a three-year hiatus. He did not disappoint. Laurel’s jester version of the Ghost of Christmas Past balanced out the dark, gloomy scenes. It was also great to see him perform in a scene with his daughter Mariella, who plays the young Scrooge’s mother.

Other noteworthy actors include the super adorable Elai Estrella as Tiny Tim, the handsome Laurence Mossman as Young Ebenezer Scrooge, Nico Dans as the Ghost of Christmas Present, and Rissey Reyes, who not only took the dance-centric role of Ghost of Christmas Future, but also portrayed multiple old lady roles in other scenes. These comic ladies nearly stole the show! 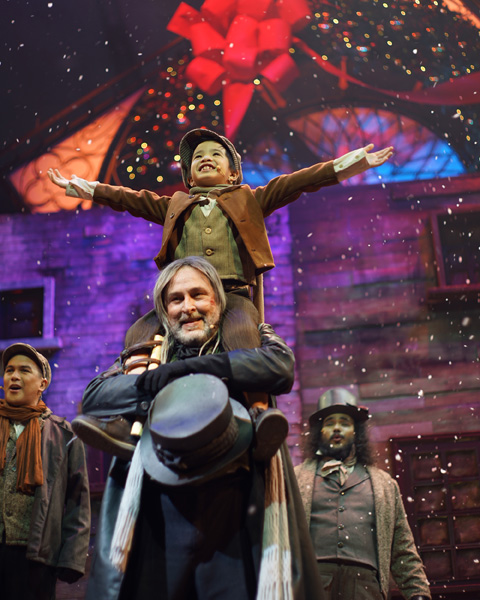 The Lights of Long Ago

The approach may be tamer, but the overall budget is still as lavish as it was in 2016. They’ve kept the extravagant Victorian costumes and special effects to make you feel like you’ve time-traveled back to a wintery mid-1800s England, the setting of the musical.

See it for yourself—not just for the frills, but to meet a more human Scrooge.

A Christmas Carol 9 Works Theatrical Bonifacio High Street Bonifacio Global City Christmas Theater Musical
Your Guide to Thriving in This Strange New World
Staying
In? What to watch, what to eat, and where to shop from home
OR
Heading
Out? What you need to know to stay safe when heading out