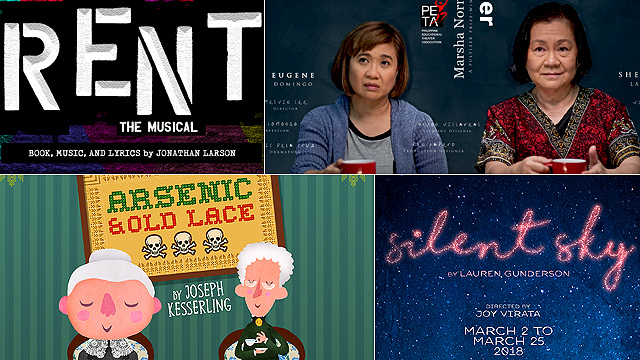 Theater Preview: 10 Plays and Musicals to Watch in 2018

(SPOT.ph) Indeed, 2017 was another satisfying year for theater-goers. From grand stage to re-runs and first stagings, it was definitely a year to remember.

Now that it's almost over, we know you’ve been wanting more. So it’s time to take that calendar out and plan your next theater stops for 2018. 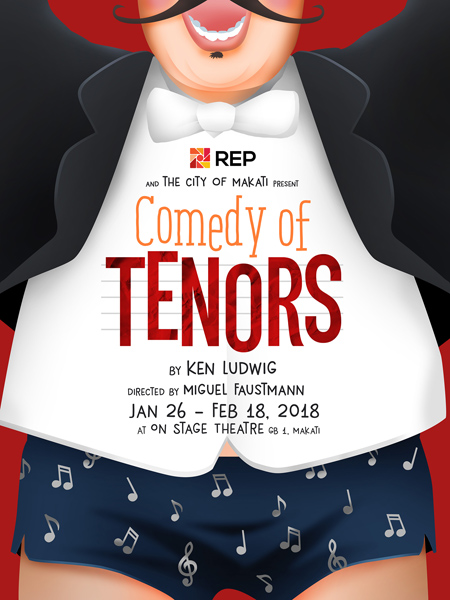 After a successful golden anniversary, Repertory Philippines kicks off its 51st season with Comedy of Tenors by Ken Ludwig. The story is set in 1930s Paris and revolves around four tenors and a chaotic yet hilarious night of mishap. The local adaptation is directed by Miguel Faustmann. 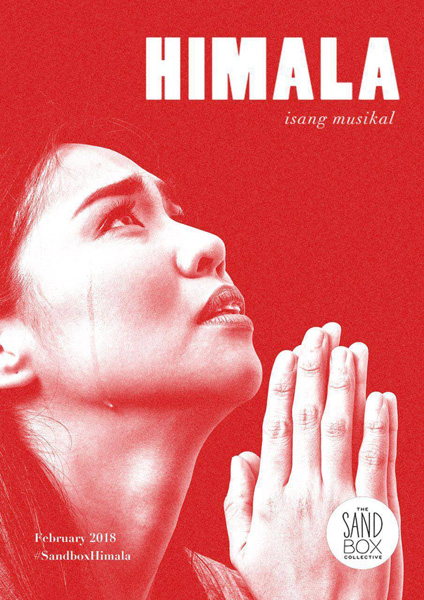 “Walang !” But The Sandbox Collective is bringing a miracle on stage with their musical adaptation of Ishmael Bernal’s 1982 film, Himala, starring Philippine cinema’s superstar Nora Aunor. The musical features Aicelle Santos (Rak of Aegis and Maynila Kuko ng Liwanag, The Musical), Bituin Escalante (Dreamgirls, Once On This Island), and Sandino Martin (Dagitab, Changing Partners) among others. It is written by Ricky Lee with music by Vincent de Jesus and orchestration by Jed Balsamo. 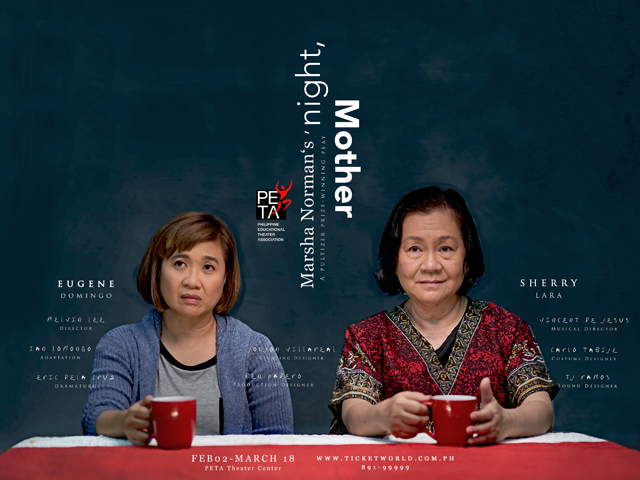 After a five-year hiatus, Eugene Domingo returns to the stage for ’night, Mother—a dark comedy adapted from Marsha Norman’s Pulitzer Prize-winning drama. Domingo will be portraying the role of Jessie, a divorced woman suffering epilepsy, who plans to end her life that very evening.

’night, Mother runs from February 2 to March 18, at the PETA Theater Center, No. 5 Eymard Drive, New Manila, Quezon City. Tickets, priced from P800 to P1,800, are available through Ticketworld. 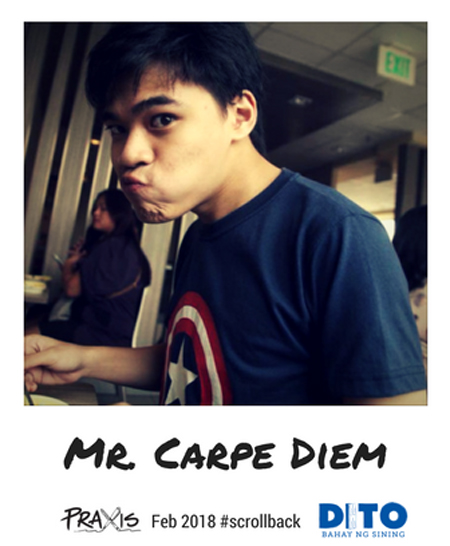 How can Facebook affect your friendship? Praxis Literary Collective's upcoming offering, Timeline, tells the story of how one drinking gi led to a series of message exchanges between a group of friends. 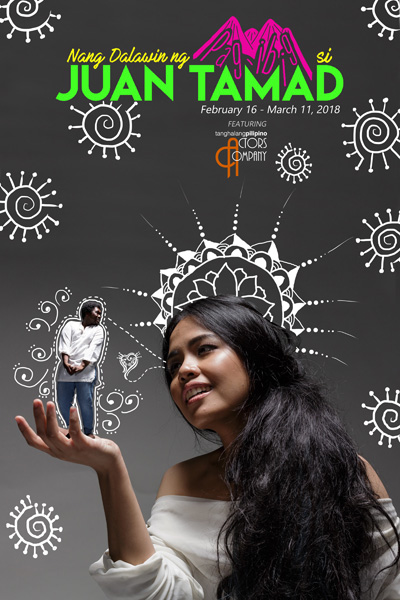 Based on a story written by National Artist for Literature Nick Joaquin, the play expounds on why Maria Makiling forever nurses a broken heart and why Juan Tamad remains a pop idol and a model for the young. Expect a mash-up love triangle of the two Filipino legends, together with Monte Banahaw (Mt. Banahaw), in this stage production by Tanghalang Pilipino. 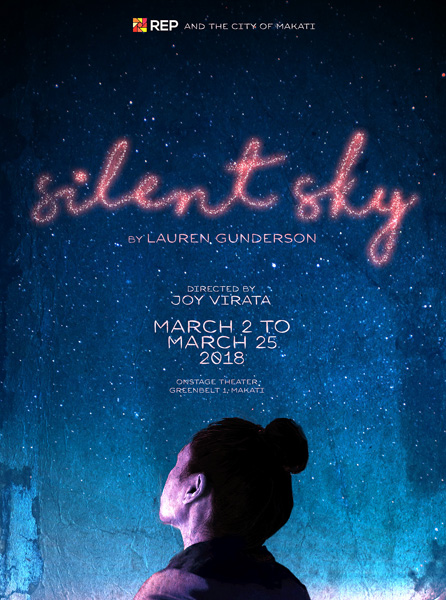 Lauren Gunderson's Silent Sky is REP’s March offering. Directed by Joy Virata, it focuses on four female astronomers who make groundbreaking discoveries about space, despite the limitations they face in the observatory. 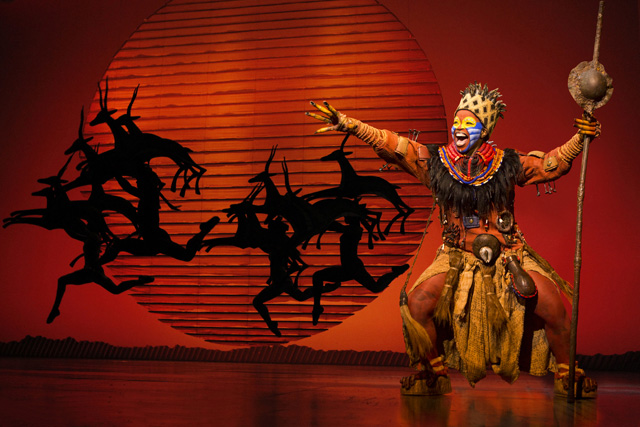 Hakuna (don’t you worry!) because one of the most sought-after Broadway shows is finally coming to Manila in 2018. The international touring production of Disney favorite, Lion King, premieres March 2018 and features local talents like Julien Joshua Dolor, Pablo Palacpac, and Juan Tiongson alternating for the role of Young Simba; and Sheena Bentoy, Uma Martin, and Felicity alternating for the role of Young Nala.

The Lion King opens on March 18, at the Theater at Solaire, Solaire Resort Casino, 1 Aseana Avenue, Parañaque City. Tickets, priced from P1,900 to P7,250, are available through Ticketworld. 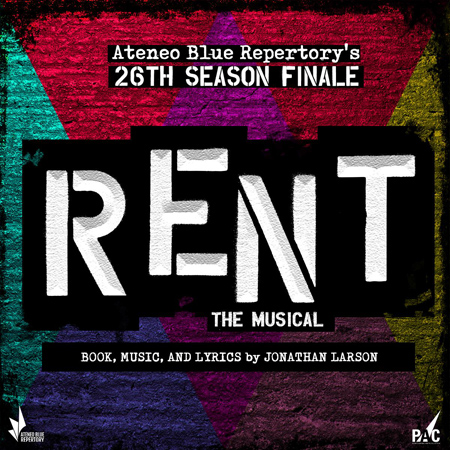 No need to wait for “five hundred twenty-five thousand six hundred minutes” to watch it because Ateneo Blue Repertory is staging Rent, The Musical in 2018. BlueREP chose this theater masterpiece—with book, music, and lyrics by the late Jonathan Larson—for their 26th season finale. 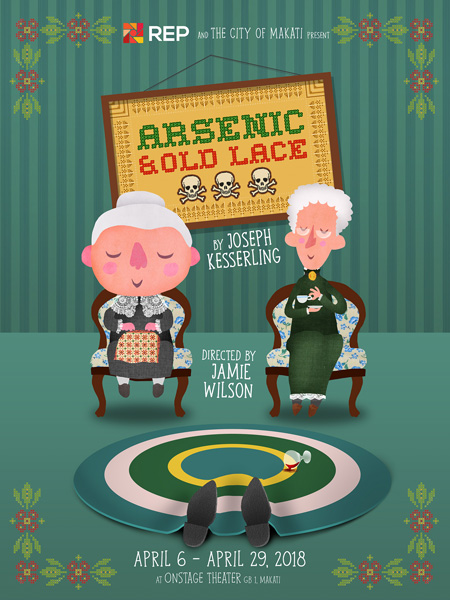 REP presents in April 2018 the stage adaptation of Arsenic and Old Lace from the famous film starring Hollywood actor Cary Grant. The dark-comedy play centers on the illustrious ancestors of the Brewster family and how they end up becoming insane murderers. REP’s staging is directed by Jamie Wilson. 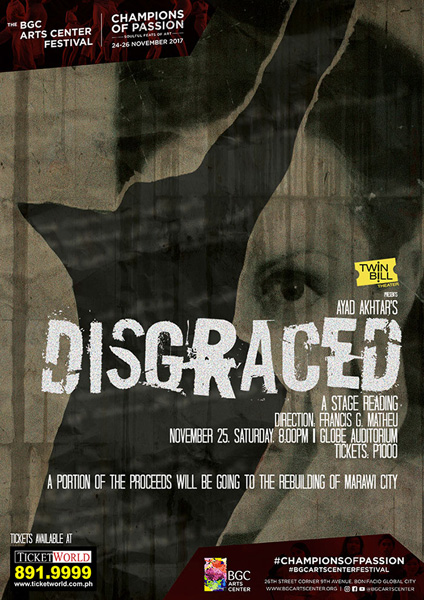 Disgraced, a 2013 Pulitzer Prize winner for Drama, tackles Islamophobia and the self-identity of Muslim-American Citizens. The play written by Ayad Akhtar revolves around a dinner party of four people with different upbringings. It was initially presented by Twin Bill Theater in November 2017 through a staged reading where a portion of the proceeds was donated for the rebuilding of Marawi City.

Metro Manila 2018 Musical Theater
Your Guide to Thriving in This Strange New World
Staying
In? What to watch, what to eat, and where to shop from home
OR
Heading
Out? What you need to know to stay safe when heading out