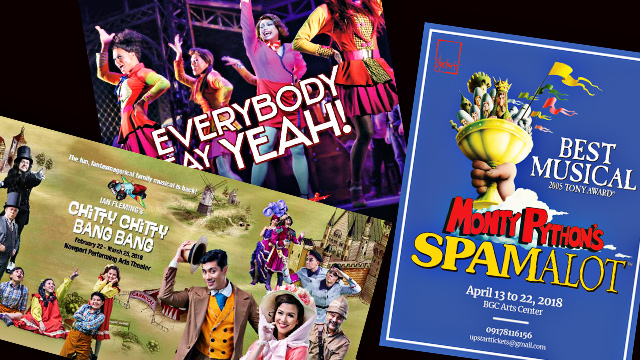 (SPOT.ph) 2017 gave us a number of plays and musicals that did not only entertain but also proved how art can change the world. These ranged from a family musical that inspired us to dream big to a catchy production that taught us a thing or two about prejudice. This 2018, three theater shows will come back onstage for those who missed them the first time. 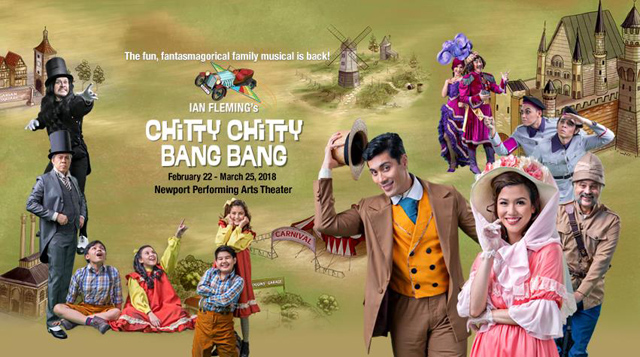 During its first run last October, Chitty Chitty Bang Bang wowed kids and kids-at-heart with its feel-good ending, funny lines, and cool spectacle—yes, the flying car. And it will surely do so again in its rerun this year. Seasoned actors Gian Magdangal, Yanah Laurel, Menchu Lauchengco-Yulo, Raymond Concepcion, and James Paolleli will reprise their roles. They will be joined once again by young stars Albert Silos, Noel Comia, Isabeli Araneta Elizalde, and Zoey Alvarade. You'll definitely be dancing and humming to the LSS-inducing song "Chitty Chitty Bang Bang" in no time. 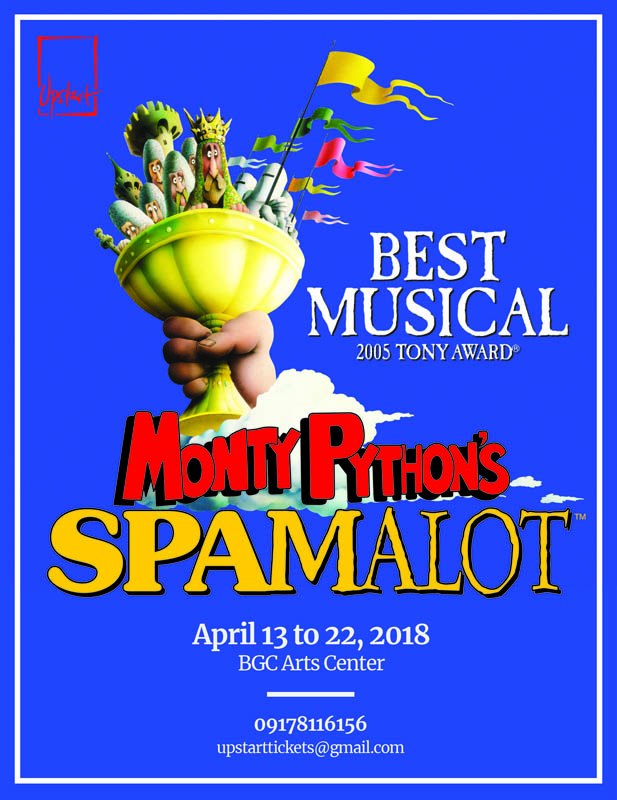 Monty Python fans would be glad to know that the theater adaptation of British slapstick comedy film Monty Python and the Holy Grail is coming back to the Philippine stage in April. The Tony-winning musical follows King Arthur's quest to find the Holy Grail, much like the great medieval legend it's based on—except there are annoying Frenchmen, a make-shift horse making clappity-clap sounds, and a killer rabbit. 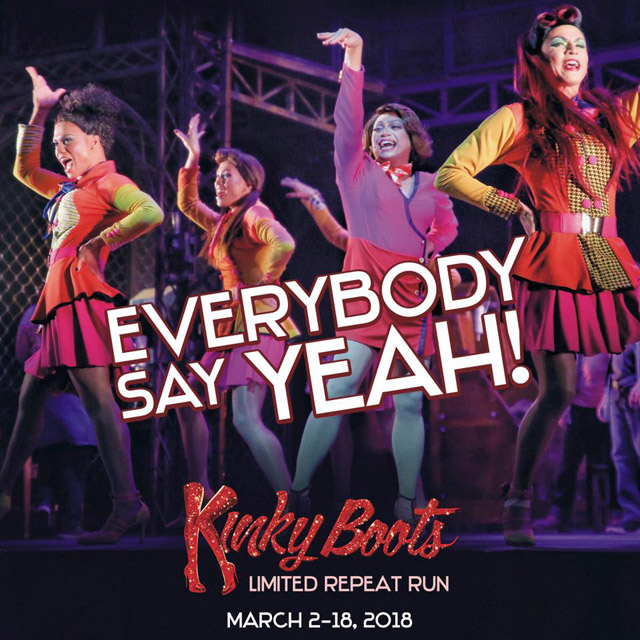 Nyoy Volante will reprise his role as Lola, a cabaret performer and drag queen who helps save the shoe company of Charlie Price (Laurence Mossman). The catch? She designs high-heeled boots for fellow drag queens in a shoe shop that has always produced men's apparel. Prepare to be surprised by the balladeers performance worthy of a standing ovation.

Chitty Chitty Bang Bang Kinky Boots Spamalot Musical Theater
Your Guide to Thriving in This Strange New World
Staying
In? What to watch, what to eat, and where to shop from home
OR
Heading
Out? What you need to know to stay safe when heading out