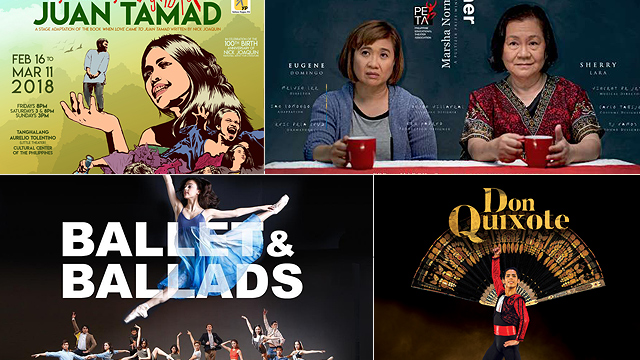 Theater in Manila: 10 Exciting Shows to See This February

Go on a different kind of date this Valentine's.

(SPOT.ph) Valentine's month is fast approaching, and if you're taken, you're probably already thinking of ways to go beyond the usual flowers, chocolates, and candle-lit dinner. This month, we round up theater shows that range from tragedy to comedy—only fitting for the most complicated of human emotions: love. 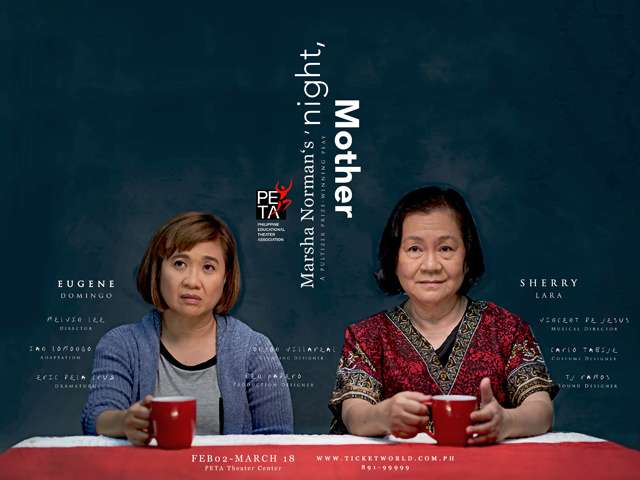 Eugene Domingo makes her big theater comeback alongside theater veteran Sherry Lara. 'night, Mother follows the story of Jessie (Domingo) who tries to calmly tell her mother Thelma (Lara) that she plans to commit suicide that very night. The conversation reveals what led her to that decision.

'night, Mother runs from February 2 to March 18 at the PETA Theater Center, No. 5 Eymard Drive, New Manila, Quezon City. Tickets, priced from P800 to P1,800, are available through Ticketworld. 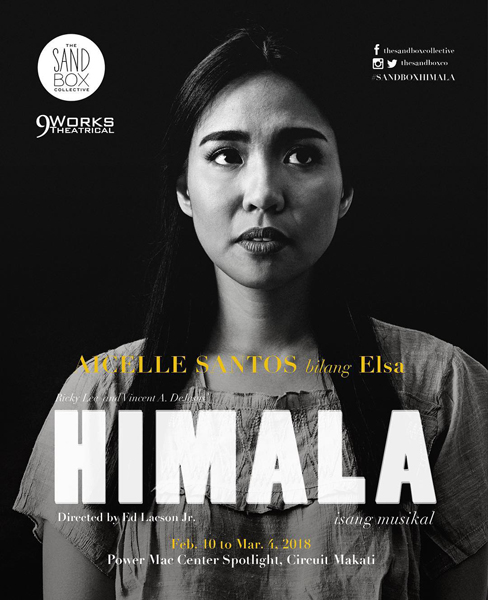 Director Ed Lacson revives Himala, Isang Musikal, an adaptation of Ishmael Bernal's 1982 film first staged by Tanghalang Pilipino in 2003. Aicelle Santos plays the iconic character of Elsa, originally played by Nora Aunor, who reports seeing an apparition of the Blessed Virgin Mary and being able to heal the sick in their small town of Cupang. It is written by Ricky Lee with music by Vincent de Jesus and orchestration by Jed Balsamo. 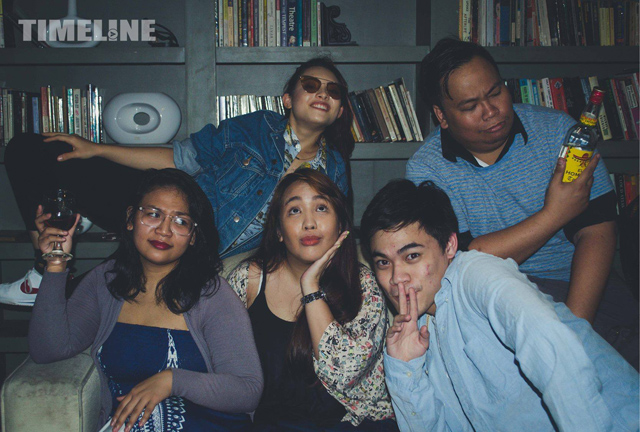 Timeline - A Spoken Word Devised Play by Praxis Literary Collective, tells the story of how one drinking session leads to a series of message exchanges between a group of friends. Delving into how social media affects human interaction, it's a play that millennials can definitely relate to. 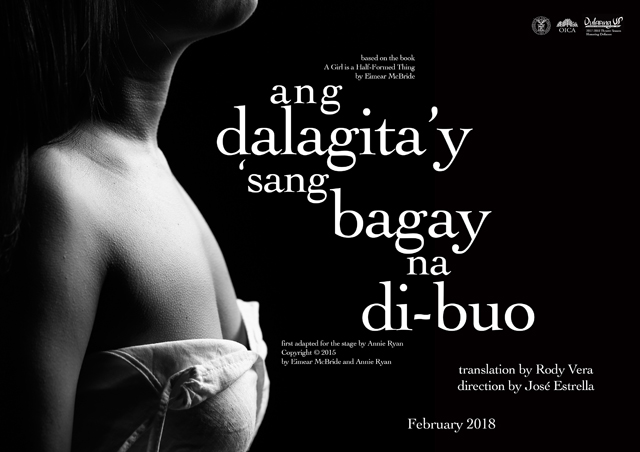 Ang Dalagita’y ‘sang Bagay na Di-buo is Rody Vera's Filipino translation of Annie Ryan's stage adaptation of Eimear McBride’s haunting novel A Girl is a Half-formed Thing. The harrowing piece tells the story of the tragic life of a girl who is repeatedly abused by her uncle, loses her beloved brother, and deals with the wickedness of her mother. Skyzx Labastilla, Missy Maramara, and Opaline Santos alternate for the role of the girl in this production. 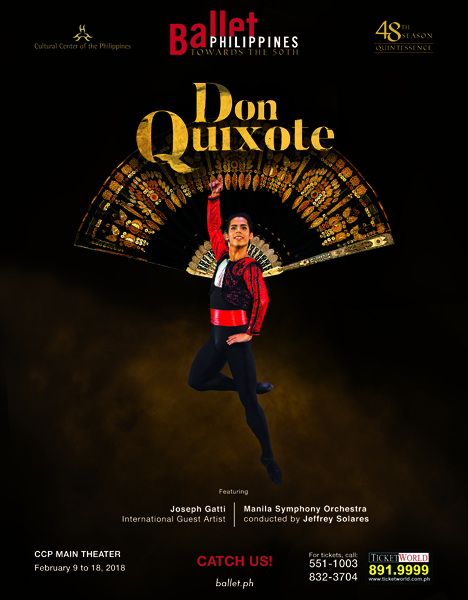 Miguel de Cervantes' tale comes to life with the ballet adaptation of Don Quixote. It follows the story of the gentleman from La Mancha who tries to play matchmaker for Kitri—an innkeeper's daughter—and Dulcinea. The problem is that the lady is in love with Basilio, the town barber, of whom her father doesn't approve.

Don Quixote runs from February 9 to 18 at the CCP Main Theater (Tanghalang Nicanor Abelardo), Cultural Center of the Philippines, Roxas Boulevard, Pasay City. Tickets, priced from P300 to P1,500, are available through Ticketworld. 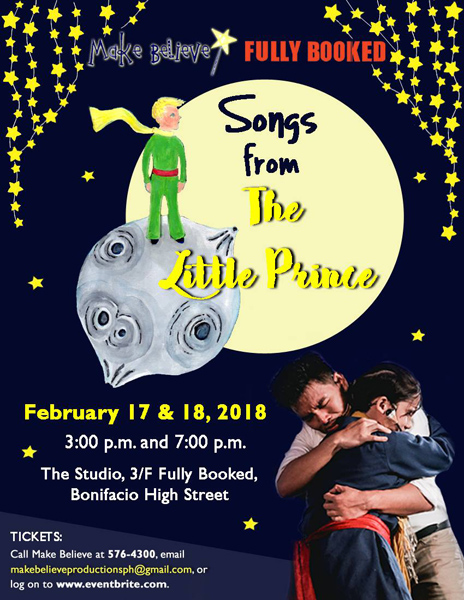 Songs from The Little Prince

For one weekend, fans of The Little Prince get the chance to listen to the songs from its musical adaptation and relive the magical story of a pilot stranded in the desert and a young prince visiting Earth from a small asteroid. Tickets come with a Little Prince-themed cookie and a refreshing drink.

Songs from The Little Prince is on February 17 and 18 at The Studio, 3/F Fully Booked, Bonifacio High Street, Bonifacio Global City. Tickets, priced at P700, are available through Eventbrite. 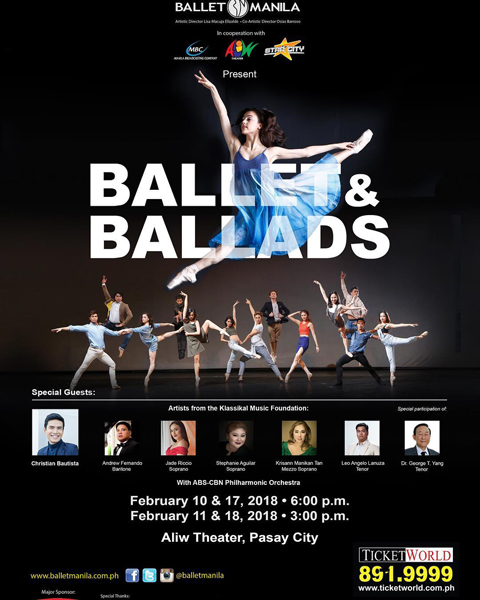 Christian Bautista, performers from the Klassical Music Foundation, and ABS-CBN Philharmonic Orchestra will serenade guests in a limited run of Ballet and Ballads. It features short snippets of classic and modern ballet pieces performed by some of the country's top dancers.

Ballet and Ballads runs on February 10, 11, 17, and 18 at Aliw Theater, Cultural Center of the Philippines Complex, Vicente Sotto Street, Pasay City. Tickets, priced from P500 to P1,500, are available through Ticketworld. 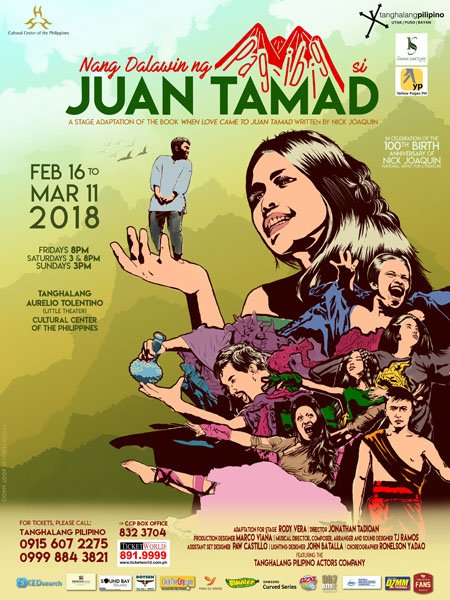 Everyone has probably heard of Juan Tamad and his notorious laziness. Nang Dalawin ng Pag-ibig si Juan Tamad, based on a story by National Artist for Literature Nick Joaquin, expounds on what we know (and may not know) about our folk legends, including why Maria Makiling forever nurses a broken heart and why Juan Tamad remains a model for the young. It's made even more interesting when a third party springs up. 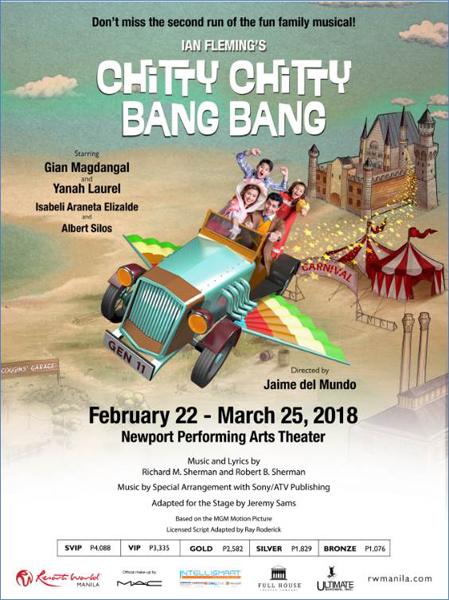 After a successful run in October, Chitty Chitty Bang Bang comes back to wow kids and kids-at-heart with the story of the flying car. The musical is based on the 1968 British musical adventure fantasy film, which is also loosely based on Ian Fleming's 1964 novel Chitty Chitty Bang Bang: The Magical Car. The Manila production features Gian Magdangal, Yanah Laurel, and young stars Albert Silos, Noel Comia, Isabeli Elizalde, and Zoey Alvarade. 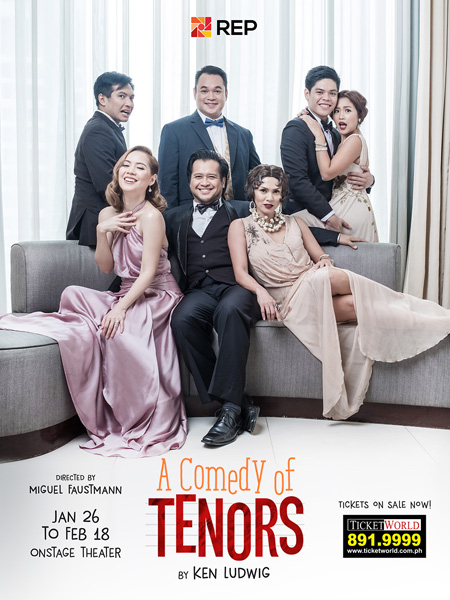 A Comedy of Tenors

After the successful run of Lend Me a Tenor in 2003, Repertory Philippines mounts the sequel of the Ken Ludwig comedy play. A Comedy of Tenors follows the story of the biggest tenors of 1930s Paris in a chaotic yet hilarious night of mishap, just a few hours before their concert.

Comedy of Tenors runs until February 18 at Onstage Theater, Greenbelt 1, Makati City. Tickets, priced from P1,200 to P1,500, are available through Ticketworld.

Musical Theater 2018 February Valentines
Your Guide to Thriving in This Strange New World
Staying
In? What to watch, what to eat, and where to shop from home
OR
Heading
Out? What you need to know to stay safe when heading out