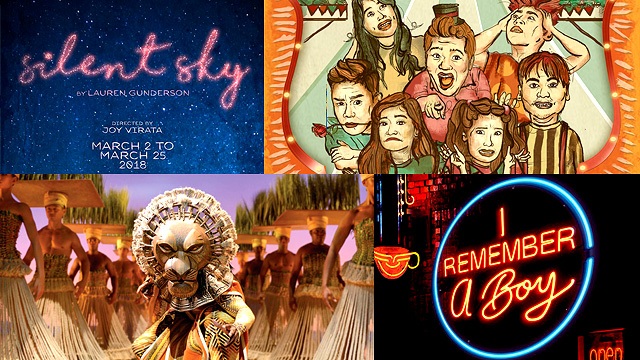 Theater in Manila: Exciting Shows to See Onstage This March

(SPOT.ph) Coming from an art-filled February—it was National Arts Month after all—we dial down March with just a handful of theater options. This means that you’ve no excuse to miss anything this month. You can choose from a couple of reruns, an internationally acclaimed musical, and two plays that put the spotlight on the marginalized. 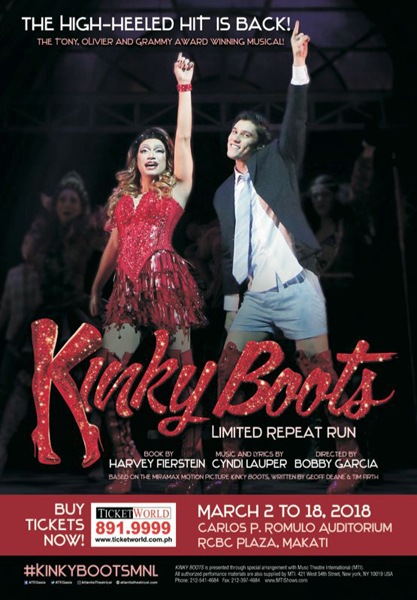 After a successful run in June 2017, Nyoy Volante returns to the Carlos P. Romulo Auditorium stage to wow us with his on-point portrayal of cabaret performer and drag queen Lola/Simon. Kinky Boots, based on the 2005 British film of the same title, is inspired by the story of Charlie Price (Laurence Mossman), who reluctantly inherits a shoe factory from his father. On the brink of bankruptcy, Lola helps him save the company by designing high-heeled boots for fellow drag queens. Mikkie Bradshaw takes over the role of Lauren from Yanah Laurel. You won't be able to stop humming to the music and lyrics by Cyndi Lauper when the show's done. 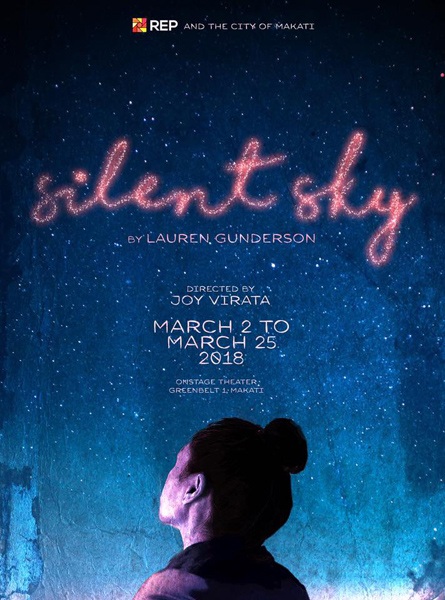 Just in time for National Women's Month, Repertory Philippines brings to the local stage an adaptation of Silent Sky—a true-to-life play that champions the often-ignored women in the field of science. It follows Henrietta Levitt, an astronomer at Harvard College Observatory whose mathematical work in the early 1920s paved the way for the discovery of the existence of other galaxies. Not to be mistaken for another equally empowering film, Hidden Figures, which is set in '60s Virginia, Silent Sky dials back to four decades earlier to the long-standing norm of gender inequality.

Silent Sky runs from March 2 to 25 at Onstage Theater, Greenbelt 1, Makati City. Tickets, priced from P1,500 to P4,000, are available through Ticketworld. 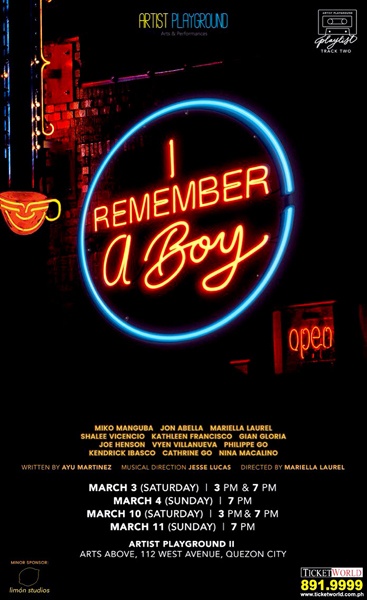 I Remember a Boy

What do you remember most about college? Probably the friends who were with you through all-nighters, weekend getaways, deadlines, and 5.0's. I Remember a Boy—a musical revue by millennials and for millennials—lets viewers look back at the best and worst memories of a group of college friends through song-and-dance renditions of classic OPM hits. With musical direction by Jesse Lucas, it features Philippine theaters' most talented artists: Kathleen Francisco, Catherine Go, Philippe Go, Joe Henson, Mariella Laurel, Miko Manguba, Gian Gloria, Nina Macalino, Kendrick Ibasco, Vyen Villanueva, Shalee Vicencio, and Jon Abella.

I Remember a Boy runs from March 3 to 11 at Arts Above, Artist Playground II, West Venue Building, 112 West Avenue, Quezon City. Tickets, priced at P1,200, are available through Ticketworld. 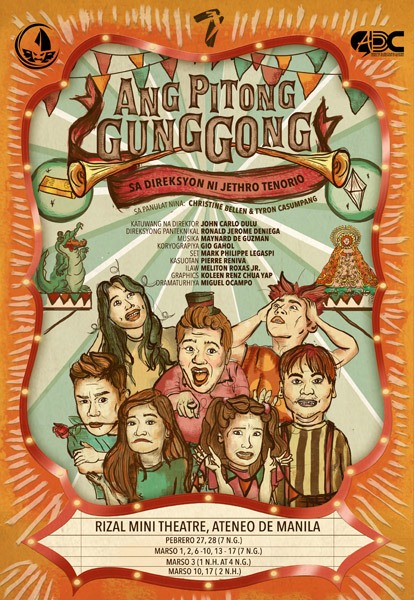 How can a children's story and a musical comedy reflect the serious struggles of a society? Ang Pitong Gunggong proves how powerful satires with grand musical numbers and a sprinkling of humor can be as #woke as ever. It follows seven young dimwits (gunggong) as they gather together in search of enlightenment in a barrio called Santa Iluminada. Along the way, they encounter the six abusive henchmen of Papa D who take advantage of their flaws. We can all surmise what D stands for. *wink wink* 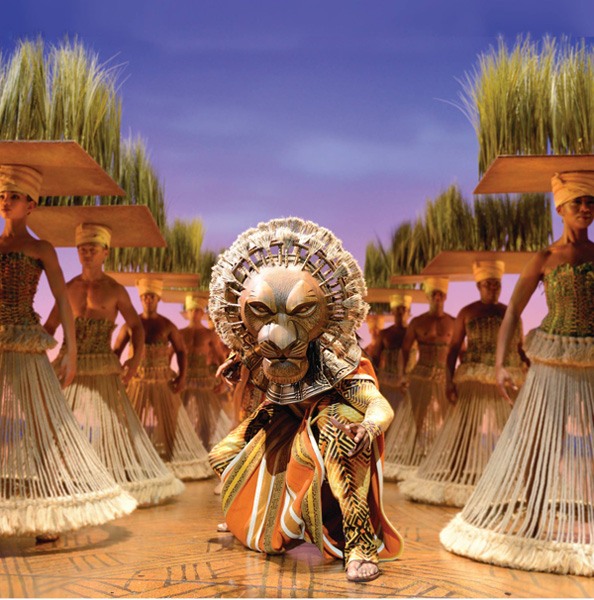 Most '90s kids would remember the animated musical film The Lion King as both a story of pain (yes, Mufasa died) and of hope. It was so powerful that a musical based on the story of the Pride Lands premiered on Broadway in 1997 and has since become the top-earning title in theater box-office history. This March, an international tour debuts in the Philippines, and stars six Filipino actors in the role of young Nala and young Simba.

The Lion King runs from March 18 to May 6 at The Theatre at Solaire, Solaire Resort and Casino, 1 Aseana Avenue, Parañaque City. Tickets, priced from P1,900 to P7,250, are available through Ticketworld.

Musical Theater The Lion King
Your Guide to Thriving in This Strange New World
Staying
In? What to watch, what to eat, and where to shop from home
OR
Heading
Out? What you need to know to stay safe when heading out