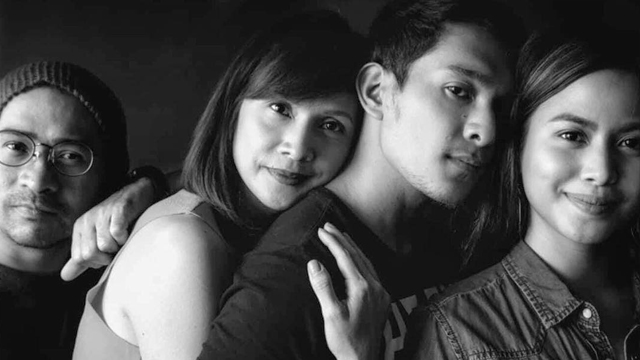 A More Heartbreaking Changing Partners Returns to the Stage This May

It runs for only five days!

(SPOT.ph) "I want you to leave." These are the five words that the love of your life—of any gender or age—can kill you with. The musical Changing Partners returns to the stage wielding these painful words, heartbreaking story, and tear-jerking songs for a limited run from May 11 to 13 and May 19 to 20 at the Philippine Educational Theater Association in Quezon City. 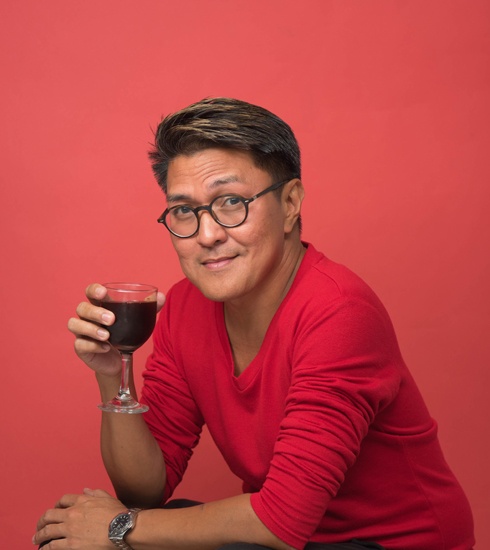 Changing Partners is the brainchild of award-winning playwright Vincent de Jesus. It was first presented in a one-night only stage reading at the Virgin Labfest, an annual festival of new plays for emerging and established writers, in July 2016 at the Cultural Center of the Philippines. The reading featured actors Ricky Ibe, Patricia Ismael, Giannina Ocampo, and Sandino Martin; and was directed by Rem Zamora.

Two months later, the piece was produced in full as Changing Partners: A Torch Musical in September 2016 at the 115-seater studio of Philippine Educational Theater Association (PETA). It was again a collaboration of the original creative duo with de Jesus providing live piano accompaniment as the musical director and Zamora taking the helm as the director. 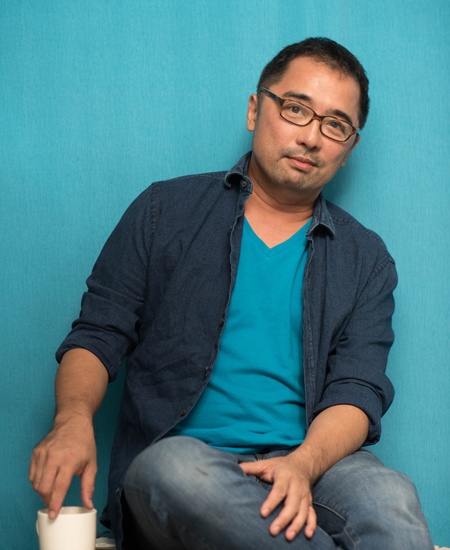 Like a torch being passed from one person to another, Changing Partners follows the unique format of having the actors switch from one story (and partner) to another—thus the title. Anna Luna as Cris would be paired with an older woman named Alex (Agot Isidro), then an older man also named Alex (Jojit Lorenzo) in a totally different reality. Sandino Martin, also as Cris, would also be partnered with the two Alex.

"Before, napaka-intimate, everything about the first play was very intimate. Down to the venue, even our relationship,” recalls Zamora about the original run in a sit-down interview with SPOT.ph. “Dati, tatlong steps ando’n na kami,” adds Isidro.

The musical went on to win the third prize under the category Dulang May Isang Yugto of the prestigious Don Carlos Palanca Memorial Awards for Literature in September 2017. With this recognition, the musical went back onstage in November 2016, again at the PETA Theater Center Studios. 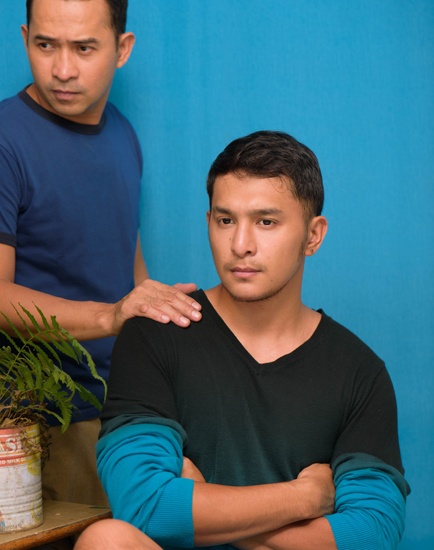 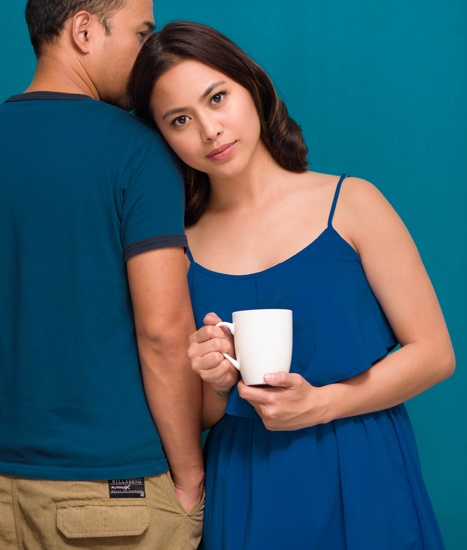 A year later, Changing Partners was up for a movie adaptation as part of Cinema One Originals, which screened in December 2017. It was directed by Dan Villegas and featured the same set of actors as the theatrical run. It earned a total of eight awards during the festival, including: Best Director (Villegas), Best Actress (Isidro), Best Actor (Lorenzo), Best Acting Ensemble (Isidro, Lorenzo, Luna, Martin), Best Editing (Marya Ignacio), Best Music (De Jesus), Audience Choice Award, and Champion Bughaw for Best Film. With this success, it was a given a nationwide commercial relase in January 2018 and now has two recently announced nominations for FAMAS Award 2018: Best Actress (Isidro) and Best Actor (Lorenzo).

"We're fortunate kasi it doesn't happen to all in a short span of time as two years na mag-[full] circle ka," De Jesus says about Changing Partners’ rerun—at the bigger 400-seater PETA-Phinma Theater this time. It has the same set of actors, but they promised a much more gut-wrenching production especially since the musical director will be joined by cellist Poch Gutierrez. “Mas masakit ang cello kaysa violin,” De Jesus adds. There’s also an additional allegro and another song from the movie executed in a different way. Ben Padero, designer of PETA's adaptation of Marsha Norman's 'Night, Mother, is joining the team.

When asked about the inspiration behind Changing Partners, De Jesus shared that it came from several experiences. "It started with a song. I composed it three or four years ago, 'yong "Maleta," the finale. Sabi ko, 'Ang visual.' Gano'n ako e, lumaki ako sa musical theater so my songs are small scenes on their own, telling a story, may narrative, which is very musical theater. Sabi ko, a play should be written for this song. So who else should write it?," he tells us about the process. 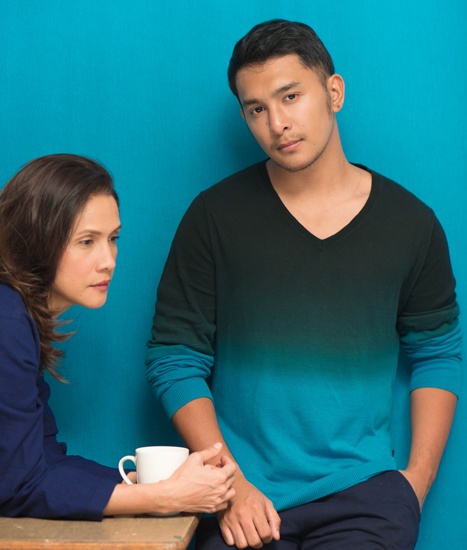 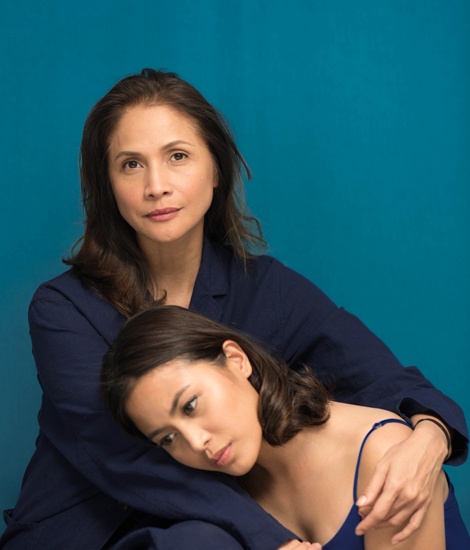 Changing Partners’ success—may it be onstage or the big screen—owes so much to the truth that it says about love. “Anyone who ever loved fully and invested so much their time, love, being to one person, one relationship—having to go through the heartbreak. Lahat makaka-relate,” Isidro attests to the number of people who can definitely say #RelateMuch to its story.

The scene to look forward to (and prepare for with a lot of tissue)? The ending of course, which is a quartet. “’Yon na ‘yong time bomb na sumabog na e,” Martin says. It’s the scene where the two Cris has to make "the decision to let go,” according to Isidro.

Loving, leaving, and letting go? It’s no wonder that the Changing Partners survival kit given away to the press contained a box of tissue and a small bottle of vodka. Definitely needing these come opening night!

Changing Partners runs from May 11 to 13 and May 19 to 20 at the PETA-Phinma Theater, Philippine Educational Theater Association, No. 5 Eymard Drive, New Manila, Quezon City. Tickets, priced at P500 to P1,200, are available through Ticketworld.

Rem Zamora Sandino Martin Anna Luna Jojit Lorenzo Changing Partners Musical Theater Vincent De Jesus Agot Isidro Peta
Your Guide to Thriving in This Strange New World
Staying
In? What to watch, what to eat, and where to shop from home
OR
Heading
Out? What you need to know to stay safe when heading out