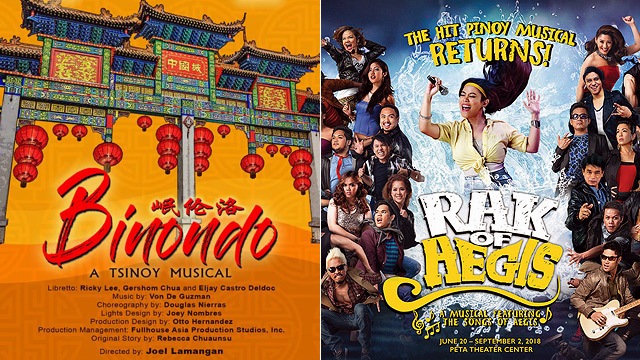 Theater in Manila: Exciting Shows to See Onstage This June

(SPOT.ph) For theater enthusiasts, the month of June is one of the busiest seasons of the year because of the annual Virgin Labfest—a festival of one-act plays at the Cultural Center of the Philippines. But this isn’t the only theater event that you need to pencil in as three other shows are set to run this month. Here’s a list of musicals and plays to catch in case you’re looking for a different kind of indoor activity. 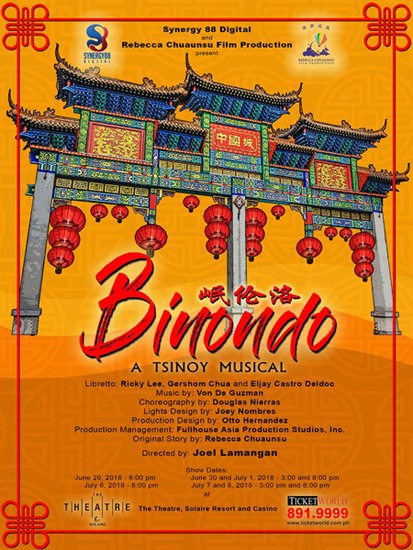 Interactions and relationships between the Chinese and Filipinos started in the 9th century with the bartering of spices, produce, and houseware. By the 16th century, a significant population of Chinese migrants had settled on Philippine soil, giving birth to the Chinese Filipinos that we know today. Binondo: A Tsinoy Musical, directed by Joel Lamangan and written by Ricky Lee, sheds light on the plight of this race amid racial prejudice and political turmoil. It follows the love triangle between Lily (Shiela Valderrama Martinez, Carla Guevara Laforteza), her great love Ah Tiong (Arman Ferrer and David Ezra), and a childhood friend named Carlos (Floyd Tena, Noel Rayos).

Binondo: A Tsinoy Musical runs from June 29 to July 8 at The Theater at Solaire, Solaire Resort and Casino, 1 Aseana Avenue, Parañaque City. Tickets, priced from P500 to P4,000, are available through Ticketworld. 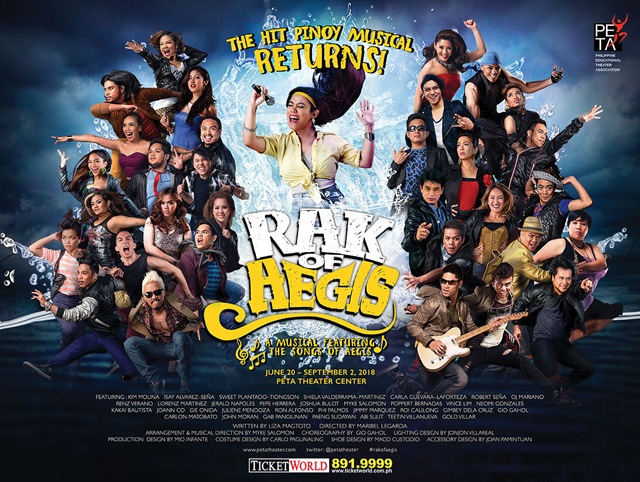 Now on its sixth run, Rak of Aegis returns to the Philippine stage with new additions to its talented cast, including Princess Vire and Shaira Opsimar who will alternate for the role of the lead. The musical strings together 20 songs from '90s band Aegis to tell the story of fictional Barangay Venezia, which has been submerged in floodwater for two months. Aileen, one of its residents, tries to escape her perpetually flooded town by becoming a singing sensation on YouTube. It sounds a lot like real life, especially since it was inspired by events that happened during Typhoon Ondoy in 2009.

Rak of Aegis runs from June 20 to September 2 at the PETA-Phinma Theater, Philippine Educational Theater Association, No. 5 Eymard Drive, New Manila, Quezon City. Tickets, priced from P1,000 to P2,300, are available through Ticketworld. 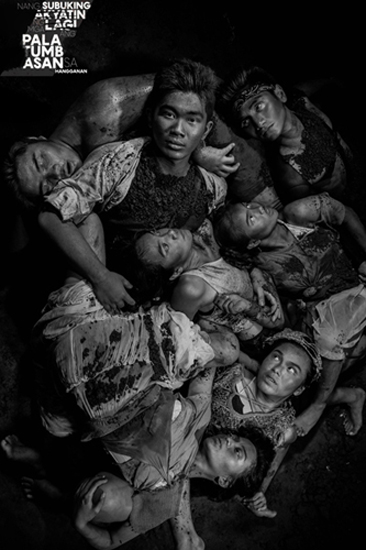 The politically charged play Nang Subuking Akyatin ng mga Lagi ang Palatumbasan sa Hangganan, written by Gewel Gabriel, exposes the realities of social injustice and gives voice to victims of violence. "Mga lagi" is the collective term given to a group of children trying to make sense of what is happening around them.

Since its inception in 2004, the Virgin Labfest has become the experimental platform for "untried, untested, untested" one-act plays with all kinds of themes, characters from all walks of life, and plot twists that you never see coming. Some of the pieces from previous years have gone on to become award-winning movies, such as Changing Partners and Imbisibol, much to the delight of a wider audience. This year, Cultural Center of the Philippines and Writers Block are again offering another set of brave new works that go with the theme "Silip." It's up to the viewers to figure out what that word means in the Virgin Labfest theater.

Virgin Labfest 14 runs from June 27 to July 15 at Tanghalang Aurelio Tolentino, Cultural Center of the Philippines, Roxas Boulevard, Pasay City. Tickets, priced from P400 to P600, are available through Ticketworld.