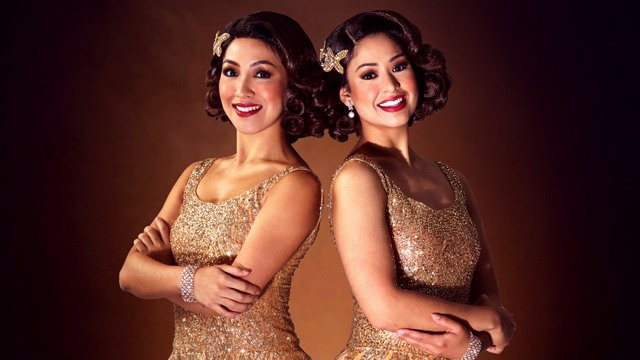 Side Show Is a "Breathtaking" Musical For and About Freaks

It opens on August 31 at the Carlos P. Romulo Auditorium.

(SPOT.ph) A room full of actors bursts into laughter while they exchange stories about the upcoming musical they’re starring in—Side Show. It was just an hour after their whole-day rehearsal, but still the artists were full of energy during the press dinner at Mario's Restaurant in Quezon City on August 14. This is the same fun vibe that resonates in the production, they revealed. And for David Ezra who is part of the cast, there's no better way to describe the show than with the word "breathtaking.” And, already, we're intrigued. It is scheduled to run from August 31 to September 23 at the Carlos P. Romulo Auditorium in Makati.

Side Show, a musical by Bill Russell (script and lyrics) and Henry Krieger (music), is a true-to-life story about Daisy and Violet Hilton (played by Gab Pangilinan and Kayla Rivera). The two are conjoined twins who became famous stage performers and toured the American burlesque and vaudeville circuits in the 1920s and 1930s. Being “freaks” who are literally joined at the hip, they definitely didn’t have it easy. Representing the villains in their lives are the mysterious ringmaster named Sir (played by Wency Cornejo), the talent scout Terry Connor (played by Markki Stroem), and an aspiring musician named Buddy (played by David Ezra). Arman Ferrer plays the role of Jake, one of the Hilton sisters' truest friends.

“This play has the potential to tug at the heartstrings of the people. It is focusing on circus freaks or outcasts. A lot of us feel like we’re outcasts in one way or another and to a certain extent, we are like the twins in that aspect. They’re asking “who will love me as I am” [which is a song from Side Show],” Stroem tells us.

Behind the scenes, the show sounds pretty exciting, too. “Since we’re conjoined, even dressing up has to be together, we can’t go to the bathroom. We have to plan it out,” Pangilinan points out. They have to be in sync in everything both off-stage (from getting their water bottles to, well, going to the bathroom) and onstage (from walking to dancing), narrated Rivera.

With the amazing picture that the cast has drawn for us two weeks before opening night, we have high hopes for Side Show—and we can't wait!

Side Show Atlantis Theatrical Makati Musical Theater Play
Your Guide to Thriving in This Strange New World
Staying
In? What to watch, what to eat, and where to shop from home
OR
Heading
Out? What you need to know to stay safe when heading out