Tickets to The Phantom of the Opera Are Now on Sale
Loading
Already a member? Log in
No account yet? Create Account
Spot.ph is your one-stop urban lifestyle guide to the best of Manila. 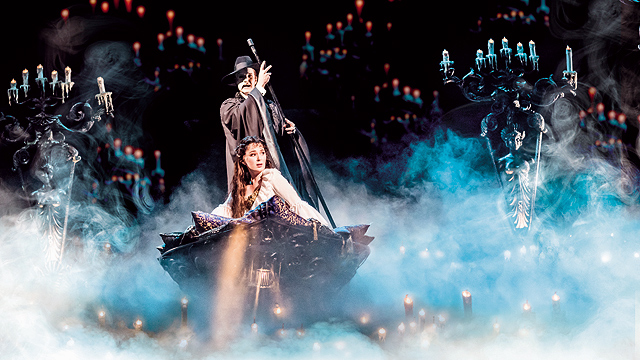 Tickets to The Phantom of the Opera Are Now on Sale

Hurry before they run out!

(SPOT.ph) It's official! Broadway's longest-running musical, The Phantom of the Opera, is returning to Manila for a limited season starting on February 20, 2019 at the 1,760-seater The Theatre at Solaire in Parañaque City. This was finally announced by Concertus Manila after a photo of the show's billboard went viral about a week ago. Today is a special day because tickets are now on sale! Prices start at P1,900.

The Phantom of the Opera, which opened in London's West End in 1986, is based on the French novel by Gaston Leroux. The musical features music by Andrew Lloyd Weber, lyrics by Charles Hart, and script by Lloyd Weber co-written with Richard Stilgoe. The 1988 Broadway production bagged a number of Tony Awards, including Best Musical, Best Performance by a Leading Actor, Best Performance by a Featured Actress, Best Direction, Best Scenic Design, Best Costume Design, and Best Lighting Design.

It first had its Manila run in 2012 at the Cultural Center of the Philippines.

The Phantom of the Opera opens on February 20, 2019 at The Theatre at Solaire, Solaire Resort and Casino, 1 Aseana Avenue, Parañaque City. Tickets, priced from P1,900 to P7,250, are available through Ticketworld.

The Theatre At Solaire Musical Theater The Phantom Of The Opera
Your Guide to Thriving in This Strange New World
Staying
In? What to watch, what to eat, and where to shop from home
OR
Heading
Out? What you need to know to stay safe when heading out