Ang Huling El Bimbo Is Set to Return to the Stage in July
Loading
Already a member? Log in
No account yet? Create Account
Spot.ph is your one-stop urban lifestyle guide to the best of Manila. 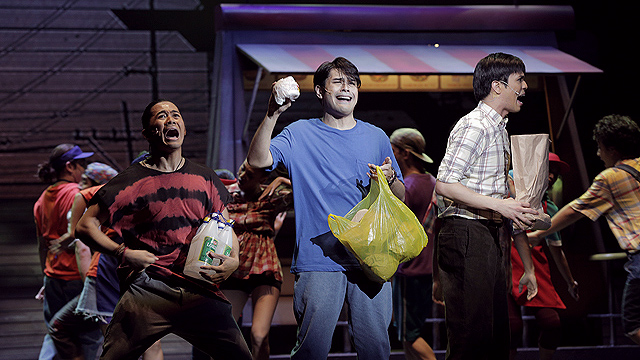 Eraserheads Musical Holds Its Third and Final Run This July

This is your last chance.

(SPOT.ph) When Ang Huling El Bimbo, an all-original Filipino musical told through songs by Eraserheads, was first staged in July 2018, the Newport Performing Arts Theater in Pasay City was packed. It was even restaged for another run in March, much to the delight of fans. It's been only a few days since the last night of the rerun, which was on May 26, but Full House Theater Company already announced yet another staging of the hit musical this July.

The video, which also includes testimonies from famous personalities like Boy Abunda and Ces Drilon, teases that the final run is from July to August; while a correspondence with Resorts World Manila's Public Relations confirms that the set date is from July 5 to August 18. Tickets for the first week are already available through Ticketworld.

The musical, written by Dingdong Novenario and directed by Dexter Santos, follows the story of three friends: Hector, Emman, and Anthony, who find themselves in an unlikely mini-reunion 20 years after their college graduation. Their younger selves are revealed in a slew of flashback scenes starting from how they met in a dormitory to how they parted ways on the last day of school. Along the way, things take a different turn in the life their friend, Joy. Cast members for the next run are yet to be announced.

The musical garnered 12 nominations at the recently concluded 11th Philstage Gawad Buhay Awards for the Performing Arts. It won Outstanding Choreography for a Play or Musical and Outstanding Musical Direction.