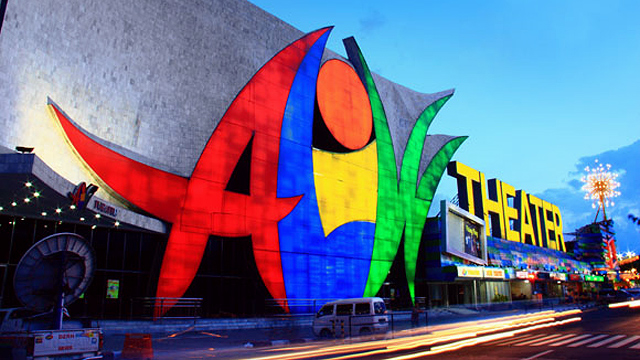 (SPOT.ph) Sad news greeted Manila folks on the morning of October 2 as it was reported that Star City, an amusement park in Pasay especially popular in the '90s, was ravaged by fire that lasted until 4:32 a.m. Along with the park rides, Aliw Theater and Star Theater—home of Lisa Macuja-Elizalde's dance company Ballet Manila—were also affected.

This resulted in the prima ballerina having to cancel the upcoming staging of Giselle, which was supposed to run from October 19 to 20 at the 2,358-seater Aliw Theater. But all is not lost. As Macuja-Elizalde said in a Facebook post after what happened, "We will rise—like a phoenix—and rebuild."

Instead of a three-show run, Giselle is having a one-night performance on October 17, 8 p.m. at the Cultural Center of the Philippines' Tanghalang Nicanor Abelardo (Main Theater). The 1,821-seater venue will accommodate ticket-holders for all previously scheduled shows—October 19, 2 p.m. and 6 p.m.; and October 20, 3 p.m. Buyers also have the option of getting a refund.

Ballet Manila signed off their announcement with Macuja-Elizalde's battle cry: "Let's dance." And they'll continue to do so, "despite the attendant circumstances."

Both the Star Theater and Aliw Theater were a gift to Macuja-Elizalde by her husband and owner of Star Parks Corporation, Fred J. Elizalde. They were opened to the public in 2000 and 2002, respectively, in time for the prima ballerina's birthday on October 3. Despite the unlikely timing of the tragic incident, Macuja-Elizalde remains grateful: "Today, on my 55th birthday, I would just like to say THANK YOU to all who will remember those glorious years of the park complex that brought so much joy to me, my family, my company and our community," she said in a post on the day of her birthday.