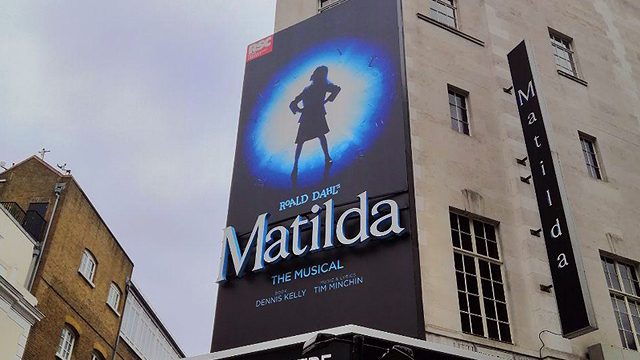 This Is Not a Drill: Matilda, The Musical Is Coming to Manila

It's the original West End production!

(SPOT.ph) We may still be more than a month away from the end of 2019, but the new year is already looking great for Filipino theater fans. The international tour of the award-winning Matilda, The Musical is set to open at The Theatre at Solaire in Parañaque City in March 2020.

Not much has been revealed about this exciting news, except for posters spotted by TheaterFansManila.com at the theater lobby of Solaire Resort and Casino. This staging is by The Royal Shakespeare Company, which means that we'll be seeing the original London production of the musical—laser lights, playground swings, grand set design, and all (fingers crossed). Their stop in Manila is to be made possible by GMG Productions and GWB Entertainment.

Matilda, The Musical by the Royal Shakespeare Company

Matilda, The Musical, which is based on the 1988 children's novel of the same title by Roald Dahl, follows the story of a little girl with amazing intelligence and telekinetic powers. Despite her lovable nature, Matilda is often ignored and, most of the time, misunderstood.

It was first staged by the Royal Shakespeare Company in Stratford-upon-Avon for a 12-week preview in 2010, before its West End premiere in November 2011 at Cambridge Theatre in London and Broadway premiere in April 2013 at Shubert Theatre in New York. It went on to win seven Laurence Olivier Awards and five Tony Awards. The international tour of the award-winning production opened in Johannesburg, South Africa, in October 2018. It had a succesful run in Singapore, before heading to China in July.

Matilda, The Musical opens in March 2020 at The Theatre at Solaire, Solaire Resort and Casino, 1 Aseana Avenue, Parañaque City.