Sweeney Todd with Lea Salonga and Jett Pangan Goes to Singapore
Loading
Already a member? Log in
No account yet? Create Account
Spot.ph is your one-stop urban lifestyle guide to the best of Manila. 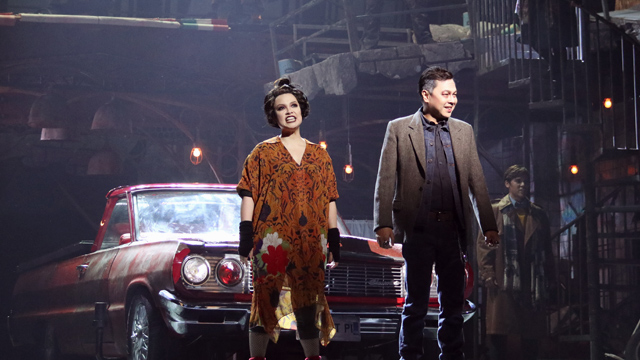 From Manila to the Lion City!

(SPOT.ph) After a successful staging at The Theatre at Solaire in Parañaque City, Atlantis Theatrical Entertainment Group is bringing the renowned musical thriller Sweeney Todd: The Demon Barber of Fleet Street to Singapore. It's the perfect time for Filipinos in the Lion City to catch this musical starring Jett Pangan and Lea Salonga. The show runs from November 28 to December 8 at Sands Theatre, Marina Bay Sands.

Joining Pangan and Salonga in showcasing the Filipino talent are Rajo Laurel for costume design, Gerard Salonga and ABS-CBN Philharmonic Orchestra for live music, and Bobby Garcia for direction.

Sweeney Todd: The Demon Barber of Fleet Street, which premiered on Broadway in 1979 and on West End in 1980, tells the disturbing tale of Sweeney Todd (Pangan) as he seeks vengeance against Judge Turpin who ruined his life. He is helped by Mrs. Lovett (Salonga) who has the craziest idea on how to go about this bloody encounter. This Sondheim masterpiece earned eight Tony Awards, including Best Musical and Best Original Score; and two Laurence Olivier Awards.