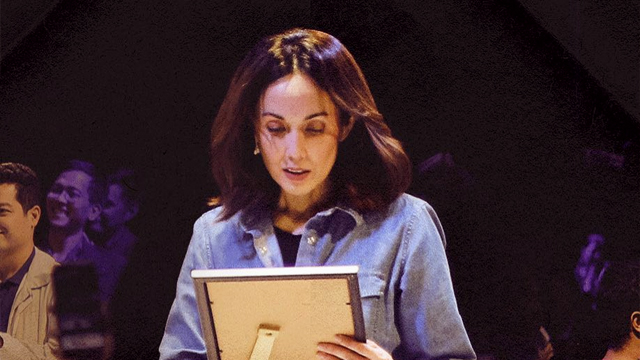 (SPOT.ph) English playwright Duncan MacMillan's works bring socio-political issues, like parenthood in the time of climate crisis, addiction, and mental health, from outside the theater and to the stage. This March, Sandbox Collective is hoping to slap some sense into us through the restaging of two MacMillan plays, Every Brilliant Thing and Lungs, as part of Sandbox Fest 2020. This theater festival runs from March 6 to 20 at Zobel de Ayala Recital Hall, BGC Arts Center.

Lungs, which was first staged by Sandbox Collective in August 2018, captures the ongoing struggle of bringing a child in this seemingly dystopian world plagued with the effects of climate change and a turbulent social landscape. The story follows a 90-minute conversation between M (Jake Cuenca) and W (Sab Jose) while they decide whether or not they should have a baby amid everything that is happening today.

Every Brilliant Thing, which was first staged in February 2019, takes us to the world of Angela, who starts listing down every brilliant thing that makes life worth living in an effort to cope with her mom's struggles with depression. It's a one-character, 90-minute play (with no intermission) featuring Teresa Herrera, who alternates with Kakki Teodoro. Get ready to be part of the conversation as this humorous but moving play breaks the fourth wall.

“After insistent public demand, we couldn’t not bring back Lungs and Every Brilliant Thing—two Duncan MacMillan masterpieces that really were some of the best and brightest moments of Sandbox’s six storied years in the industry,” managing artistic director and co-executive producer Toff De Venecia said in a statement.

If you wish to save yourself a trip to Bonifacio Global City, you can catch both shows in one go during the March 28 schedule: Every Brilliant Thing (3:30 p.m.) and Lungs (8 p.m.)

Theater Bgc Arts Center The Sandbox Collective Bonifacio Global City Adventurer Savvy Seasoned
Your Guide to Thriving in This Strange New World
Staying
In? What to watch, what to eat, and where to shop from home
OR
Heading
Out? What you need to know to stay safe when heading out