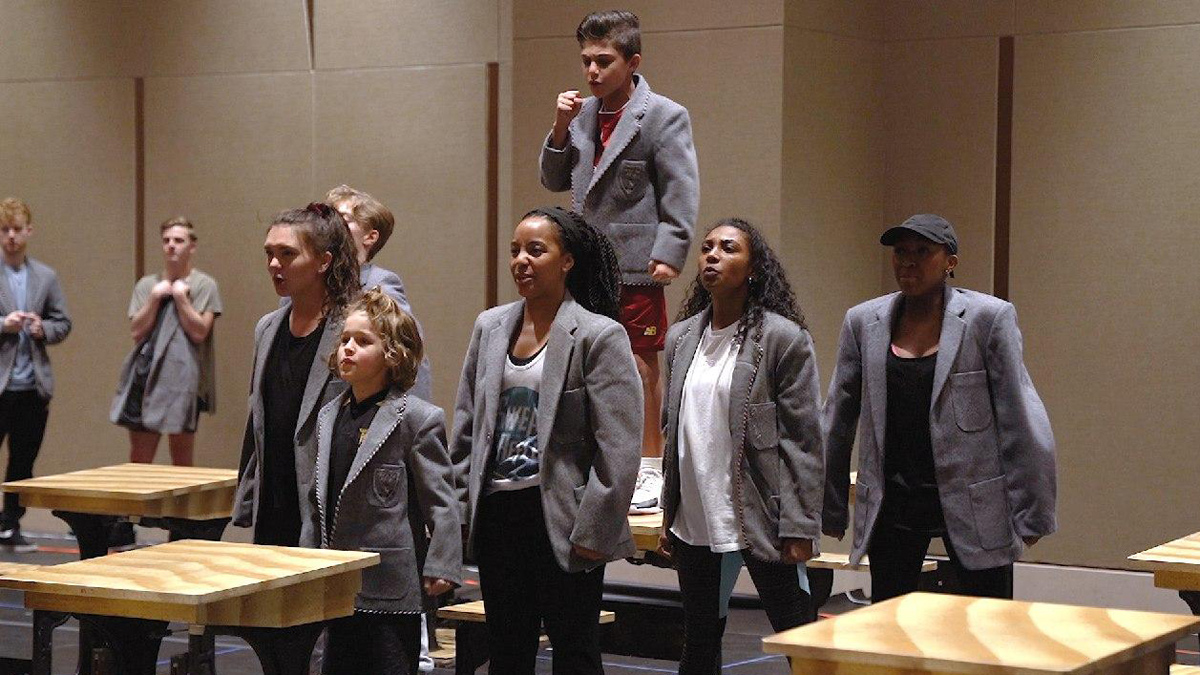 EXCLUSIVE: International Cast of Matilda, The Musical Gets Ready for Manila Run

We dropped by the rehearsals!

(SPOT.ph) As kids, most of us enjoyed the fantastic world of Matilda—either through the pages of Roald Dahl's 1988 novel or the 1996 film starring Mara Wilson as Matilda. By 2010, a whole new generation of kids and kids-at-heart started enjoying this story through a theatrical adaptation: Matilda, The Musical by Dennis Kelly and Tim Minchin. On March 5, the Filipino audience is set to witness this jaw-dropping masterpiece as it opens at The Theatre at Solaire in Parañaque City.

To give you a glimpse of what to expect when the curtains go up, SPOT.ph dropped by the rehearsals. The halls and function rooms of The Theatre were transformed into rehearsal spaces with floor marked with tapes, corridors filled with props and costume racks, and the stage with a massive backdrop as the cast and crew count the days to the big day.

Here’s an exclusive sneak peek of Matilda, The Musical’s ensemble while rehearsing the scene for "Revolting Children," plus a short chat with the three little girls playing the lead role:

Natalie Gilhome, resident director of Matilda, The Musical, also gave us more than enough reason to see the show. "Matilda is so relevant 'til today. It reminds us that change can happen with one small voice and Matilda teaches us so much about standing up for what we believe is right; and to make a change if you believe that's the change that will make the world better," she tells us.

Matilda, The Musical runs from March 5 to 22 at The Theatre at Solaire, Solaire Resort and Casino, 1 Aseana Avenue, Parañaque City. Tickets, priced from P1,800 to P7,000, are available through Ticketworld.

Matilda Theater Musical The Theatre At Solaire Paranaque Video Adventurer Savvy Seasoned Con-00171
Your Guide to Thriving in This Strange New World
Staying
In? What to watch, what to eat, and where to shop from home
OR
Heading
Out? What you need to know to stay safe when heading out