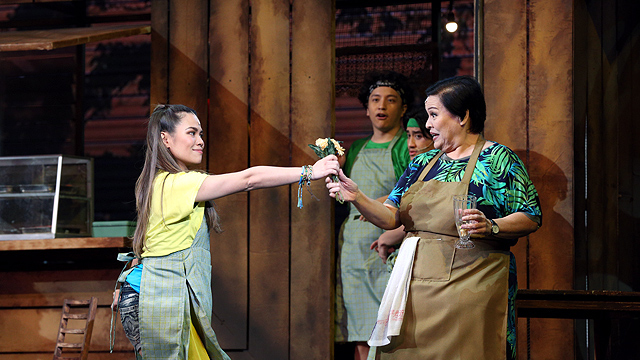 Ang Huling El Bimbo the Musical Is Going Back Online

You can choose from two sets of cast members.

(SPOT.ph) Following the huge success of Ang Huling El Bimbo's free streaming in May, the hit Filipino musical is set to return to our screens in November in case you missed out. It will run on online platform KTX.ph from November 28 and 29 for P600. The shows that will be streamed are from recorded closing performances that were staged back in 2018 and 2019. And yes, you can choose from two sets of cast members.

Streaming of the Red cast's show, as labeled on KTX.ph, is on November 28, 3 p.m. and on November 29, 8 p.m. It features Tanya Manalang as Young Joy, Reb Atadero as Young Hector, Vic Robinson as Young Emman, Lance Reblando as Young Anthony, David Ezra as Hector, Myke Salomon as Emman, Rafa Siguion-Reyna as Anthony, Carla Guevara Laforteza as Joy, Elisha Campos as Ligaya, and Paolo O’Hara as Banlao.

The Blue cast's show, on the other hand, is on November 28, 8 p.m. and on November 29, 3 p.m. It stars Gab Pangilinan as Young Joy, Bibo Reyes as Young Hector, Boo Gabunada as Young Emman, Phi Palmos as Young Anthony, Gian Magdangal as Hector, OJ Mariano as Emman, Jon Santos as Anthony, Menchu Lauchengco-Yulo as Joy, Salcedo as Ligaya, and Jamie Wilson as Banlao. This was the set that was featured during the May streaming.

Ang Huling El Bimbo the Musical was written by Dingdong Novenario and directed by Dexter Santos. It follows the story of three friends: Hector, Emman, and Anthony, who find themselves in an unlikely mini-reunion 20 years after their college graduation. Their younger selves are revealed in a slew of flashback scenes, starting from how they met in a dormitory at college to how they parted ways on the last day of school, and all the challenges they faced along the way.

It's also available for the international audience through TFC Online starting on October 23.

Ang Huling El Bimbo is available online through KTX.ph from November 28 to 29. Tickets are at P600. For updates, follow KTX.ph on Facebook.