Filipino Artists Star in Romeo and Juliet Play in New York
Loading
Already a member? Log in
No account yet? Create Account
Spot.ph is your one-stop urban lifestyle guide to the best of Manila. 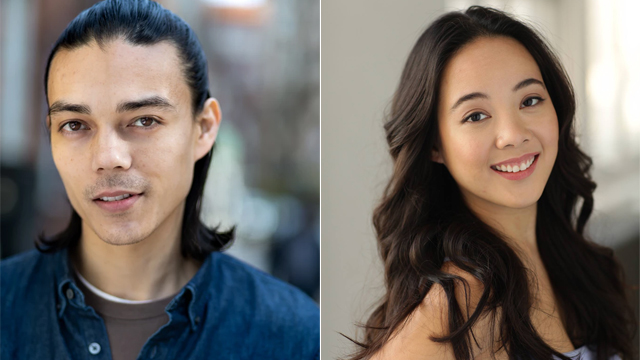 It's being staged at Maker Park in Staten Island this August.

(SPOT.ph) William Shakespeare's Romeo and Juliet is a tragic love story that almost everyone's familiar with. It's been staged in many forms all over the world, adapted into movies of different genres, and published in many languages. But its staging in Staten Island, New York, this August is a little different for Filipino artists everywhere as Filipino actors Justin Viz and Dorothea Gloria are set to play the role of the star-crossed lovers. Staten Island Shakespearean Theatre Company's production of Romeo and Juliet runs from August 13 to 14 and from August 20 to 21 at Maker Park.

Gloria is a homegrown talent who started her acting journey at the age of seven through summer theater workshops by Repertory Philippines and Trumpets Playshop. In high school, she joined the Marie Eugenie Theater of the Assumption—the resident theater organization of Assumption College San Lorenzo, where she was mentored by Ana Valdes-Lim, the first Filipina to graduate from the acting program at The Juilliard School in New York City. She was granted an acting scholarship at the same school, where she graduated with a degree in Theater Arts and a magna cum laude distinction. Her professional acting career in the Philippines includes notable performances at the Cultural Center of the Philippines' Pramoedya (2013) and Repertory Philippines' August: Osage County (2014).

The Assumption alumna later studied at the Stella Adler Conservatory Studio of Acting in New York City. She joined theater groups in the Big Apple, not only as an actor but also as a playwright and a producer. Gloria is the co-founder of TeamTheatre LLC, a collective of multinational artists that promote diversity.

Viz, who's playing Romeo opposite Gloria's Juliet, is a second-generation Filipino-American, who was born and raised in California. He took up a bachelor's degree in cinema at the San Francisco State University, and studied acting and theater at the American Conservatory Theater and Berkeley Rep School of Theatre, both in Berkeley. He also took courses at the Royal Central School of Speech and Drama, London Academy of Music and Dramatic Art, and Mountview Academy of Theatre Arts, which are all in the U.K. He recently completed an actor training program at the Tom Todoroff Conservatory in New York City, where he's now based. "Being a Filipino-American artist, I am grateful for any opportunity to represent my Filipino pride especially through my work," he told Rappler.

Ariana Nicoletta, who's directing the Staten Island Shakespearean Theatre Company's production of the famous play, says: "This modernization [of Romeo and Juliet] is a reflection of our world's current civil unrest that has been caused by differing beliefs over the past few years, and is a reminder that ultimately, we are all privy to the joys and unbearable pains of love."

New York Theater Filipinos Adventurer Savvy Seasoned Romeo And Juliet
Your Guide to Thriving in This Strange New World
Staying
In? What to watch, what to eat, and where to shop from home
OR
Heading
Out? What you need to know to stay safe when heading out